He has an undetectable third eye in the back of his head. From it, the 6M Year Man can emit a beam of deadly microns which shatter the atomic cohesion of a target, disintegrating them.

He is also protected from extremes of heat.

By the year six million, in the Sixth Era of Man, Humans on the devastated Earth live underground in vast hatches. They have evolved strange bodies and powerful psychic abilities. These enable a single member to see off planet-sized threats.

Born into Hatch-22, the name assumed by all members of that hatch, one individual was drawn into the past by the powers of King Solomon’s Frog. He was thus chronoported  a conflict in that time period between the Black Panther (T’Challa) and his ally Abner Little, and the collector Princess Zanda.

Angrily demanding to be returned to his hatch, Hatch-22 lashed out with his telekinetic abilities. He soon classified those around him as vastly inferior beings, fit only as pets. The Panther used Hatch-22’s arrogance against him, getting close by feigning subservience. He then knocking the Six-Million Year Man out.

Sedating him, the now allied Zanda, Little and Black Panther took Hatch-22 to King Solomon’s Tomb. They were searching for the other Frog, which would allow them to send him home.

Hatch-22 stirred before they could find it. However, he remained groggy enough that he failed to do them any damage before Mister Little managed to subdue him again. That gave them time to find the other Frog and return the future man home.

He was briefly summoned later on to 1999, also by the Frog. But the Six-Million Year Man was quickly knocked out, again by the Black Panther, and returned to his own time.

Hatch-22 is primarily interested with the safety of his hatch, and of his planet. His mission is to protect these at all times.

Arrogantly superior, when transported to the past, he looked down on his ancestors. He saw them as nothing more than potential pets. He had no compunctions about killing them. Hatch-22 was interested only in returning home, but unwilling to believe these insects could possibly help him.

“Mindless creatures ! You have removed me from the hatch ! I must return to the hatch !! I belong to the Sixth Era of Man ! I cannot remain here !” 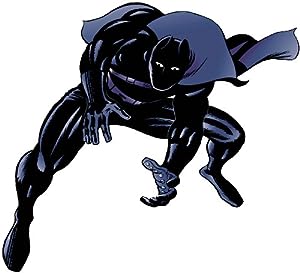 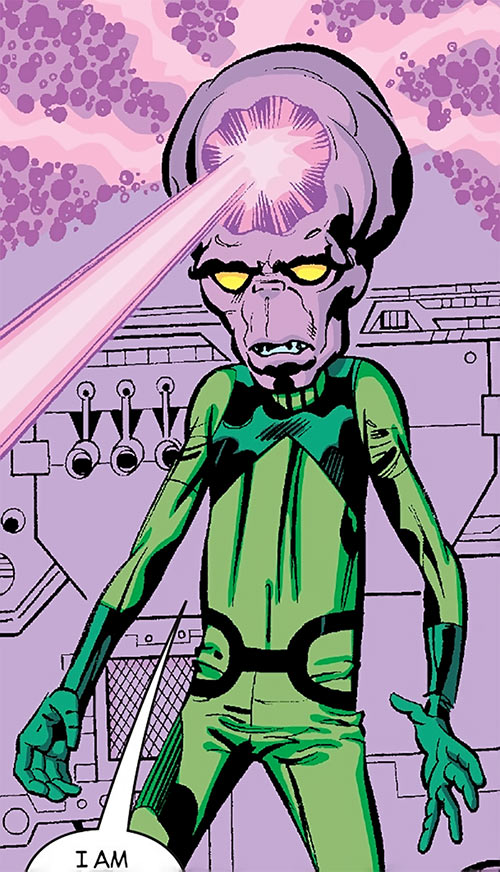 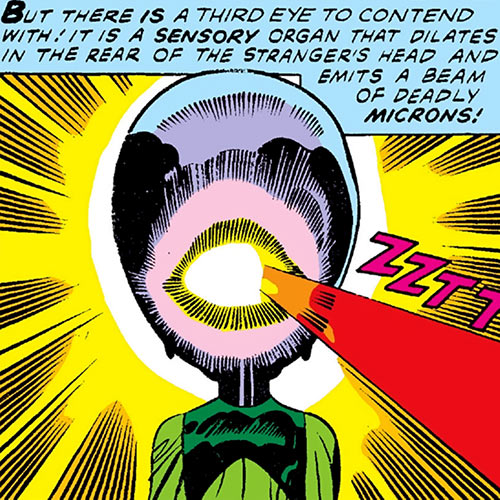