As other inhabitants of the Dreaming Cain and Abel appear to be immortal and incapable of truly dying. As part of their deal with Morpheus, Abel is always returned to life shortly after Cain has killed him, so that they once again can re-enact the “First Story.”

Both Cain and Abel are formidable storytellers and have extraordinary imaginations. Furthermore Cain is a master in the art of manipulating others.

Not much is known about the early life of the brothers known as Cain and Abel, however it has been speculated that Cain and Abel are in fact the Biblical Cain and Abel, the first murderer and his victim, or maybe just reincarnated manifestations of them.

Whether or not this is true has yet to be revealed, however it is known that they have at least been around since before Morpheus of the Dreaming was imprisoned by Roderick Burgess at the beginning of the twentieth century.

Although they are residents of the Dreaming it is known that Cain and Abel were not created by Morpheus but rather appointed by him to fulfill roles within the Dreaming. According to their letters of commission they have been hired as storytellers of secrets and mysteries and to endlessly re-enact the killing of the Biblical Abel by his brother the Biblical Cain.

After construction had ended Sanderfield swore that only true Kentuckians would ever live there. When the senator’s wife went insane in one of the upper rooms, he sold the mansion.

However as none of the next four owners were of pure-bred Kentuckians they ended up fleeing the house within three months after they had moved in. The house’s next owner tried to move the house over the state line, but the house seemingly came to life, tore itself free of the trailer and forced its owner over a cliff. Then it settled at a cemetery less than 200 yards from the state line.

At the opposite end of the cemetery in the Kentucky hills stands the House of Mystery. Unlike the House of Secrets, little is known about the House of Mystery. It is an old house of indeterminable architecture that continually seem to alter in appearance both on the outside and the inside. Rooms come and go and no room ever appears the same way twice.

At the same time the two houses are located at the hills in the Kentucky, they also exist side by side in the Dreaming.

As caretakers of the two houses Cain and Abel have also been safeguarding eerie stories of secrets and mysteries based on events that have taken place on Earth, stories that they take great delight in recounting to everyone they meet on Earth as well as in the Dreaming.

Shortly before Morpheus returned to the Dreaming following his imprisonment, Cain gave Abel a golden gargoyle that Abel at first named Irving. When Cain heard of this he killed Abel upon stating that a gargoyle must always have a name that begins with the letter “g”. When Abel returned to life he renamed the young gargoyle Goldie, although he would always think of him as Irving in his heart.

Some time after his return Morpheus decided to go to hell to free Nada, a lady he had himself condemned to torment and imprisonment ten thousand years earlier. Before leaving for hell Morpheus sent Abel to announce his coming, an ordeal Cain only survived because Lucifer willed it so.

Some time later the child known as Daniel Hall visited the Dreaming where he met Cain, Abel and Eve. During Daniel’s visit Abel related a story of how he was approached by Death and Morpheus shortly after his first death. Death wanted to take him with her to his realm, but Morpheus intervened and offered Abel a position as storyteller in his realm of dreams. Abel accepted and took up residence in the Dreaming.

After some time Abel grew lonesome and he went to the lord of dreams and asked for a friend. When Abel returned to his house he found that his brother Cain had also been hired by Morpheus to stay in the Dreaming and tell stories.

This story although told as a children’s story and containing various revisions of the facts surrounding Cain and Abel’s relationship suggests that they are in actuality the Biblical Cain and Abel.

When the Kindly Ones went on a rampage in the Dreaming they killed off Abel along with a number of other residents of the dream dimension. Abel survived because of his mark and accompanied the Corinthian and Daniel to the castle of the Lord of Dreams.

Here he approached Morpheus on the subject of his brother’s murder and how it violated his contractual rights and privileges. Morpheus told Cain that he had no interest in discussing the matter at that time and Cain realized that there was nothing to do about it.

Following Morpheus’s death Cain then approached the new Lord of Dreams, formerly known as Daniel, and demanded that he revived his brother, noting that in his contract it specifically stated that he was a part of a double act. Although he didn’t like Cain’s threats Dream agreed to recreate Abel and so it was done.

Recently the circumstances that originally led Cain to murder his brother has been uncovered. It was revealed that Cain and Abel were each born with twin sisters. Abel was supposed to marry Cain’s twin Aclima and Cain was to marry Abel’s twin Jumella when they had grown up.

However Cain preferred his own twin and ultimately this desire led him to kill Abel in order to have Aclima for himself. Cain then imprisoned Jumella in his house.

What happened to Aclima after this incident has yet to be revealed, but at the time being only Cain it seems know of her present whereabouts. Following Abel’s death Cain was marked by the lord, and said that vengeance would be taken sevenfold on whomever killed Cain.

Bonuses and Limitations:
Regeneration works even after death (+5).

Stats from the Knight of Shadows site. The history and Powers sections have been directly copied from Kim Jensen (http://www.comicboards.com/dcguide/Who/AbelCain_Bio.htm – defunct). 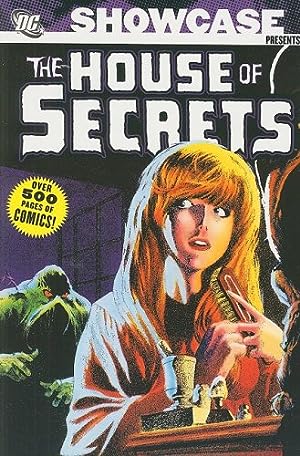