Abigail Arcane was the daughter of businessman Gregori Arcane, who lived in a village in the Balkan Mountains of Eastern Europe. Since Gregori was continually called away on business, his neighbours initiated legal action to take Abigail away from him.

Returning to the village, Gregori was nearly killed by stepping on a mine planted during World War II. His brother Anton reconstructed him as the creature known as the Patchwork Man, whom he kept imprisoned.

As an adult, Abigail acted as her village’s only medic. She met United States intelligence agent Lt. Matthew Cable when he came to her village in search of the Swamp Thing. The Patchwork Man escaped and abducted Abby. However, he and the Swamp Thing cooperated to save her from falling into a chasm.

Abby recognized the Patchwork man as her father before he fell into the chasm himself.

A time for leaving

Incorrectly believing both her uncle and father to be dead, Abby decided to leave the village and accompany Cable. The Swamp Thing saved their lives on subsequent occasions. Eventually, Cable and Abby became the Swamp Thing’s friends.

Abby’s later marriage to Cable was troubled by Matt’s alcoholism. Moving to Houma, Louisiana, near the swamp when the Swamp Thing lived, Abby took a job caring for autistic children.

Shortly thereafter, the evil Anton Arcane returned to plague Abby by taking possession of Matt Cable’s body. Cable succeeded in regaining control of his body bus was left in a comatose state.

The ghost with the moss

Abby and the Swamp Thing fell in love with each other. They came to regard one another as husband and wife. She now calls herself Abby Holland, taking the last name of the Swamp Thing’s deceased human counterpart.

When Abby’s relationship with the Swamp Thing became public knowledge, morals charges were brought against her in Houma. She went to Gotham City but was captured. However, the enraged Swamp Thing used his great powers to throw Gotham City into chaos, the Batman succeeded in having the charges against Abby dropped.

Abby returned to Houma and lives happily with the Swamp Thing in an exotic organic “house” that he built for her. Abby had a baby (Tefé, the next Earth elemental), split up with Alec, and has made a recent appearance in The Dreaming.

By The Shadow Knight site (stats), other stuff compiled by Sébastien Andrivet.

Helper(s): Mark Ayen, Phil Dixon – and the Who’s Who for the history. 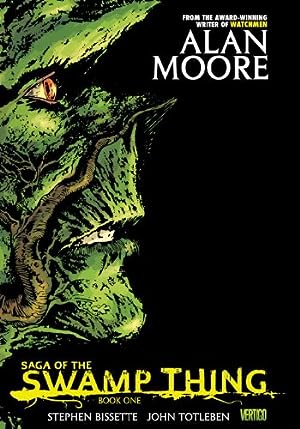 Saga of the Swamp Thing