Kirt Niedrigh, aka “Absorbancy Boy” or “Zoraz” (don’t look at me, I didn’t come up with those names), has the ability to absorb and replicate the residual super-energy given off by other super beings.

This process takes time and sustained physical contact with something worn or touched by the mimicked person. So it is quite limited. Within those limits, however, Absorbancy Boy is astonishingly powerful. He once proved capable of replicating the powers of Superboy and Sun Boy at once.

Niedrigh proved able to sneak into Legion HQ without being detected, which argues some pretty impressive effraction  skills.

He may have been given a Flight Ring as a “worthy rejected applicant” like so many others, but that is conjecture. Even if he was given one, it likely would have been impounded after his attack on Tyroc and the Legion.

Kirt Niedrigh of Earth has the power to absorb any residual energy left behind by a super-powered being. He would then replicate that energy within himself. The origin of this power is unknown. Presumably he is a mutant.

In about 2981, when about 17 years of age, Niedrigh applied for membership in the Legion of Super-Heroes as Absorbancy Boy. Because of the inherent limitations of his power, especially his dependence on the presence of other super-powered beings, he was rejected in favor of Tyroc.

He took it badly

Niedrigh was incensed by his rejection. He felt himself far more potentially powerful and useful than Tyroc. That was even though Tyroc was, himself, more formidable than the average Legionnaire.

Absorbancy Boy may have had a point. It is doubtful that the Legion gave him opportunity to demonstrate the full extent of his powers. They likely lacked the patience to wait long enough for him to slowly duplicate the Legionnaires’ abilities. If they had, he might well have been accepted. After all, whatever his limitations, he had the power to equal or exceed Krypton-class .

The dependence on the presence of other heroes might argue that the Legion was the perfect place for him. On his own, he would be able to do little. But with them, his contributions could be breathtaking. Teamwork is, after all, the secret of the Legion.

Sealed Legion archives, however, suggest that Niedrigh’s scores on the psychological tests given to Legion applicants gave cause for concern. Under stress, he might not behave with the sterling character required of Legionnaires. This, combined with the limitations of his power, was enough to cause the Legion to bypass Absorbancy Boy and give the nod to Tyroc.

Niedrigh quickly proved that concerns about his character were well-founded. He decided to break into Legion HQ, impersonate a villain, and seek revenge on Tyroc in battle. He did so by wearing a disguise that earlier had been used by both Sun Boy and Superboy, thus gaining both their powers.

He easily defeated Superboy and challenged Tyroc to single combat. His inexperience with his borrowed super-hearing left him easy prey to Tyroc’s deafening ultrasonic scream, and he was defeated.

Niedrigh is a well-built, fairly handsome man with blonde hair and sideburns and blue eyes.

He normally wears a red body-suit with blue boots and gloves.

Outwardly, he gives a great impression of arrogance and confident superiority. Inwardly, he’s a mass of insecurity. The Legion’s rejection of him was only confirmation of his own doubts about the worth of his power and his character.

He couldn’t handle it, and retreated from reality into a petty revenge fantasy to help him deal with the fact of rejection. He desires to grind down those who rejected him into submission, and would likely be devoted to anyone who showed him respect, making him easy prey to manipulation by other villains.

“Now the time has come for me to prove I’m better than you !”

“How about it, Tyroc ? Want to challenge me—who is better qualified to be the next Legionnaire ? Or do you let your teammates do your fighting for you ?”

Same old, same old. He’s a pre-Crisis character, but he’s minor enough to show up anywhere. In post-Crisis DCU, Superboy’s role could be filled by M’Onel, Ultra Boy, Andromeda, etc. He might be rejected in favor of Tyroc again, or any other Legionnaire you choose.

He’s an interesting character in that he’s both tremendously powerful and terribly limited. He’d make a good henchman or enforcer for a more clever mastermind. They would use Niedrigh’s limitations to control him, even as he used his power to control other henchmen.

Just as a possibility — maybe it’ll spark greater creativity from you — consider something like this tacked on to his history… “The Legion recommended a light sentence for him, somewhat naively accepting Absorbancy Boy’s explanations that he had only been seeking to prove his worth, as other Legionnaires had done after initial rejections.

After serving out his sentence, Niedrigh, not at all grateful for the leniency he was shown, broke into the Superman Museum and stole statuettes of the Legionnaires which they had donated to the Superboy exhibit.

Calling himself the Composite Superman, he used his purloined powers to build a time machine and travel to the 20th century. There, he threatened Superman and Batman. Apparently the somewhat deranged Niedrigh intended to make a name for himself by killing the greatest heroes of all time before returning to the 30th century and finishing the Legion.

What could happen next?

Amalgamax was returned to the 30th century and sentenced to serve heavy time on Takron-Galtos. He was one of a number of prisoners evacuated when Takron-Galtos was destroyed by waves of antimatter during the Great Crisis.

Sent to Labyrinth, the UP’s new prison world, Niedrigh was released early in the 2990s when the Great Collapse undermined the UP’s ability to keep Labyrinth operating. Given that Amalgamax’s powers had long since faded and that the Legion had disbanded, it was felt that Niedrigh was no longer a great threat.

For a while Niedrigh wandered, at lose ends. He was found by Celeste McCauley, the new Emerald Empress. She was a deranged but clever woman who had, herself, been a Legionnaire for a brief time.

McCauley seduced Niedrigh into joining her in the new Fatal Five she was building. She considered him a fit replacement for the power of Validus while his limitations and dependent personality enabled her to control him. Other members included the Persuader, Starfinger II, and Universo.

The Five ambushed and captured Dev-Em, the last son of Krypton in the 30th century. Niedrigh duplicated their powers, becoming at once one of the mightiest beings in the galaxy.

Niedrigh then used his new super-skills and McCauley’s inside knowledge to break into Legion HQ. There he stole the transuit and Flight Ring of Jan Arrah, last of the Trommite Alchemists. Armed now with the powers of the last Trommite and the last Kryptonian, the new Fatal Five are poised to strike at the heart of the United Planets…

Drawbacks:
Criminal Record in the UP.

Pre-Crisis character on post-Crisis scale. I’ve cobbled together Bonuses and Limits to fit him, but I stink at figuring out how those things should affect point costs, so that may need some help.

I’ve also been rather free with my assumptions about the limits and the extent of his powers. Considering how easily Tyroc beat him, I decided he must lose mimicked powers if he is stunned. As mentioned, I’ve fleshed out his history and motivations just slightly.

Helper(s): Mayfair’s Legion Sourcebook v.1, Who’s Who in the Legion #1.

Source of Character: Superboy and the Legion of Super-Heroes #218 (DC, Pre-Crisis). 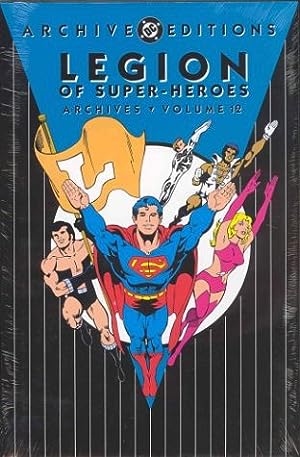 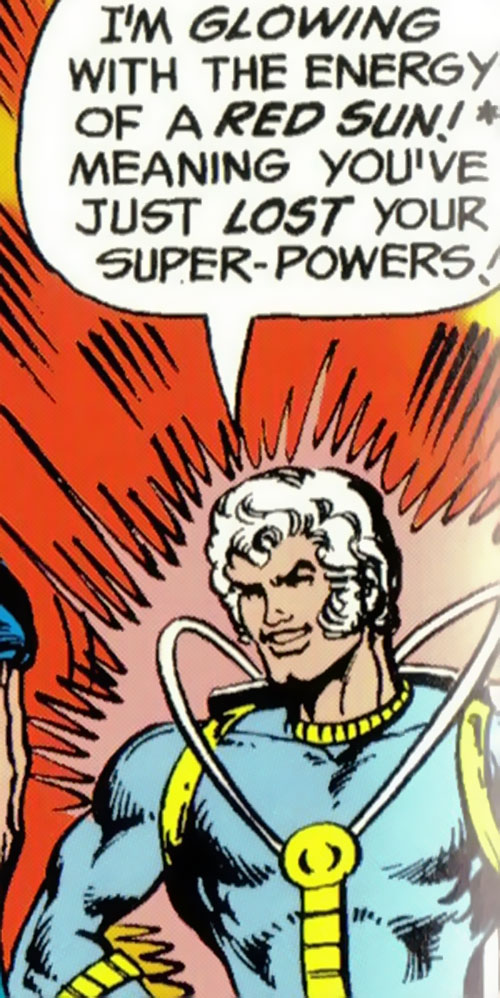 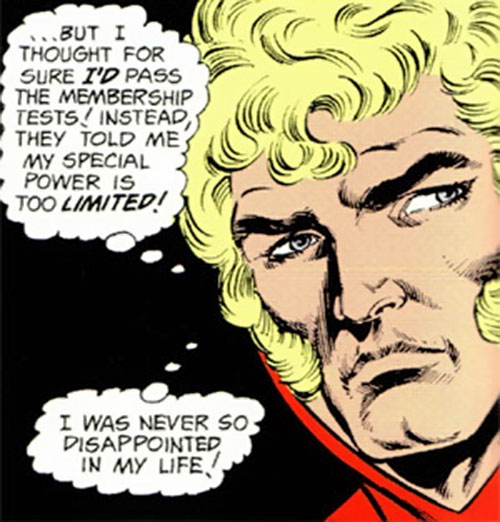