Nobody knew until 1996 that the Marvel and DC Universes are connected. “The Brothers”, two massive all-encompassing cosmic entities, respectively comprise the whole of each universe. They are inextricably linked.

The person least aware of this was Axel Asher, itinerant student and drifter. He was a native of the Marvel continuum, Earth-616 . When The Brothers suddenly became aware of each other, having forgotten each other’s existence for untold aeons, they began a battle. This caused the two universes to slowly merge into one.

Which activated the latent powers possessed by Axel. Mr. Asher was a “shard” – a living embodiment of a fraction of both Brothers’ powers.

Through the actions of a great many super-heroes from both universes (most notably Batman, Captain America, The Spectre, and the Living Tribunal), the Brothers were made to settle their differences. Thus, the balance between the dimensions was restored.

Axel now acts as a guardian of that balance. He monitors contact and travel between them in order to prevent another merger that might have disastrous consequences.

Access is a fairly ordinary-looking guy of medium build. He has a pleasant, square face and sandy-brown hair worn in a brush cut.

His super-hero togs consist of a blue jumpsuit, with heavy gloves and boots and a wide-shouldered vest, all in alternating red-and-blue patterns. The whole thing has a slight Moebius  look to it.

Axel is a terribly earnest and sincere fellow, with a good sense of right and wrong. Although he didn’t ask for his powers and responsibilities, he’s doing his level best to live up to them. And while he’s not really charismatic per se, he does seem to be awfully good at talking people into doing things for him.

The same as his Marvel history, which is the same as the history given above, of course. 🙂

I wasn’t sure how much Time Travel to give him, since we have yet to see the maximum he can jump in one shot. So I just made it a nice round number that will be subject to change. The same with Warp, which it looks to me like he does within a single universe, as opposed to Teleportation.

Also, I’m not sure exactly how to simulate the misty thing that makes everybody suddenly remember him and ’that other universe‘ when he shows up. And just as suddenly forget it all when he leaves. Maybe it’s just a Handy Plot Device™.

Finally, does anyone want to hazard a guess at the Travel Distance between the two dimensions ? 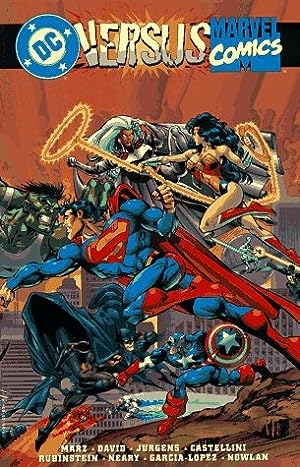 DC vs. Marvel/Marvel vs. DC 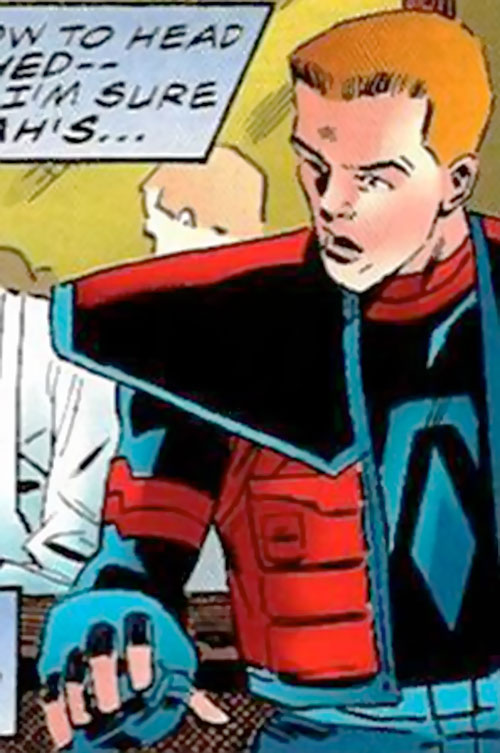