(The second is notable. Since AFAIK, “Afro-American” was but rarely used before Malcolm X pushed for it in ’64.)

Ace Harlem is a top-notch two-fisted detective, with a great power of observation and deduction.

He’s a charismatic man and is respected by Harlemites. Between this trust and his detective skills he’s very good at finding locals who do not want to be found.

To examine potential clues, our hero distinctively uses a jeweller’s eyepiece. Our game stats assume a 10x magnification. He also has a flashlight.

One assumes that he’s armed — back then he would have packed a regulation S&W Model 10 or Colt Official Police, chambered in .38 Special. But Ace doesn’t produce a weapon during the story, even when attacked.

The 1940s were the decade when many firsts were accomplished by African-American police. Yet, more widespread changes took decades and general Civil Rights victories to reach people who were not among these pioneers.

The precinct for central Harlem — the 28th, where we assume that Ace Harlem works — was often among the places where these firsts occurred.

Ace Harlem’s career is noteworthy – but not completely unusual. Back then Black officers are still constantly subjected to racist harassment by their colleagues, but there are nevertheless men who made Sergeant, Detective or even Lieutenant.

Many of these pioneers received citations and medals. But this was often for bravery in exceptionally violent circumstances caused by their posting in poverty-ravaged Black ghettos.

By the early 1950s there even was an African-American working as a Deputy Police Commissioner. His name was Leon Rowe , and he worked on better racial integration in the NYPD and on better community relations.

Ace Harlem wouldn’t have been the first Black NYPD officer to operate in plainclothes. A particularly noteworthy example would be the “Four Horsemen” from the very 28th Precinct.

This was a four-man plainclothes vice squad, with three African-American officers and a Native American officer. This unit ceased its activities in 1947, the year of publication of All-Negro Comics #1.

For reference, our Lady Cop profile includes a similar section about women in the NYPD.

Ace Harlem was a “famous Negro detective” in the even more famous Harlem neighbourhood  during the 1940s.

The one documented case saw Ace track down two zoot-suiters , one of whom used a chain to murder shopkeepers while his accomplice looted the cash register.

Though the ace detective quickly interpreted the clues, by the time he found his suspects the killer had murdered his accomplice.

The remaining zoot-suiter ambushed Ace Harlem, but accidentally killed himself with his own chain.

Ace Harlem appears to be a dynamic, resolute but smooth detective. Though he looks like he’s in his early 30s he has a lot of experience, and a fine knowledge of the mean streets and their population.

The courageous Ace firmly believes that all criminals are cowards. But he stays silent about any superstitious aspect to their character.

He seems to have solid people skill, and treats witnesses and informants pretty well.

“Keep everything as is, officer. Don’t let anybody touch anything !”

“Call headquarters for a fingerprint expert, there’s a thumbprint here as big as the Chief’s head !”

Drawbacks:
Misc.: As a Black man living in New York City in the 1940s, Harlem is subjected to significant discrimination. Furthermore, he cannot use his Rank for authority over many White police officers.

There isn’t much Ace Harlem material. But the formulaic nature of 1940s comics means that cookie-cutter stats for the archetype have a very high chance of fitting.

Ace’s stats are benchmarked after Slam Bradley (from Action Comics #1), though slightly reduced since he seems less over-the-top than Slam. He might have other talents that weren’t demonstrated in the sole existing story.

Source of Character: The sole issue of All-Negro Comics (1947). Story by John Terrell.

Helper(s): Historical context section based on excerpts from The Black Shields by Roger Abel. 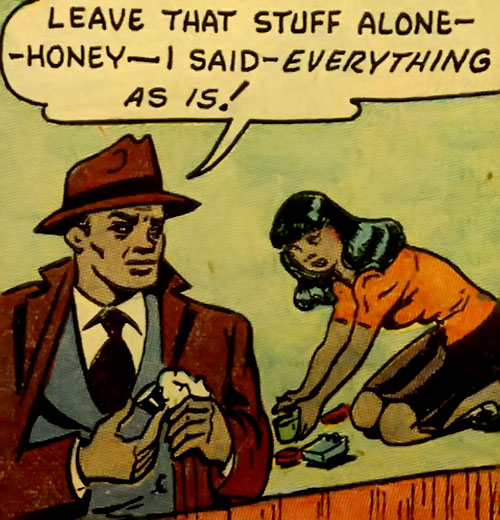 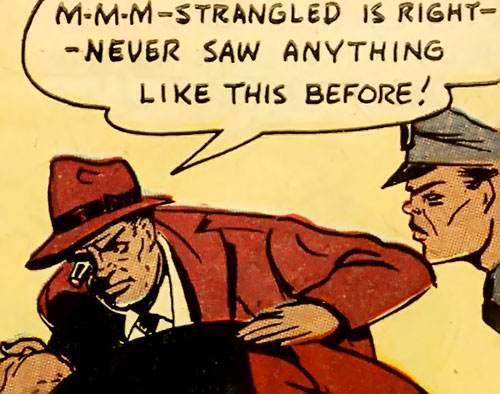 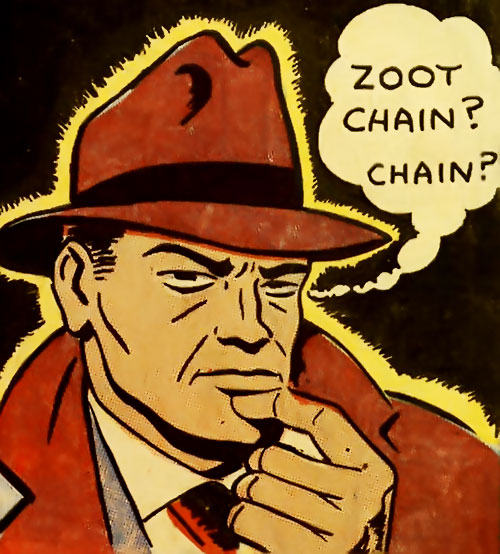