Achilles Wiggen has to be the best fighter pilot in the entire Swedish army. His flying skills nearly defy belief as he quite easily defeats up to four opponents in a dogfight.

Furthermore, he is an expert hand-to-hand combatant and marksman. He can easily defeat small groups of opponents.

He is also highly trained in military know-how such as leadership, camouflage etc..

Wiggens has a knack for understanding the function of different alien ships and weapons. This helps him adapt fast to alien environments.

Prepare for a bizarre story !

While checking up an unidentified flying object in Swedish airspace; Captain Achilles Wiggen was drawn into that ship and kidnapped. The ship immediately jumped into hyperspace. Achilles, who had lost consciousness, woke up when they were long gone from Earth. His captors greeted him and declared that they needed his help against alien invaders.

These people were a peaceful race, without any weapons. Even though it was on the other side of the Milky Way, Earth was the nearest planet to them with sufficient advanced technology to have a chance against the invaders.

This race called themselves U-Naxians (resembling the Guardians of the Universe in appearance) and the invaders were called Asmoroogs. The Asmoroogs were a crude warrior race dedicated to conquest of the universe.

The Asmoroogs had not developed FTL  travel. Instead, they sent Transporter Beings to different planets. These beings worked as teleporters. Once a Transporter had reached a habitable planet the Asmoroogs were teleported there one at a time to invade the civilizations there.

The U-Naxians plan was to get Wiggen to destroy the Transporter Being on their planet. The invaders’ numbers would be severely limited and thus easily defeated.

Achilles, seeing no choice, agreed. He received JPX Biocomputer as his companion for the mission. Surprisingly the Asmoroogs had brought machine parts with them and built squadrons of alien fighter planes. Wiggen defeated them all but was shot down by the army guarding the Transporter Being.

He was captured and the invaders decided to bring him home to their planet via the Transporter Being. The Being was, however, vulnerable to the brain waves of human beings (!), raged and threw itself of a cliff to end the pain.

Wiggen, who escaped, decided that their mother ship should be destroyed. Upon reaching the mother ship he found a reserve Transporter Being and apprehended it in order to drive it mad. Surprisingly, JPX Biocomputer mentally attacked Wiggen into unconsciousness and itself was knocked out in the process.

The invaders then took the unconscious Wiggen through the Transporter to another planet. He later woke up and managed to escape with an alien craft, but it ran out of fuel and he crash-landed in a jungle.

There he met with the native beings of the planet. These Lyffrans rebels were fighting the Asmoroogs who had invaded their planet. They formulated an attack plan in which the Transporters’ vulnerability against Wiggen was employed. Eventually, after heavy losses, they defeated all Transporters on the planet.

With the planet cleaned of Transporter Beings the rebels attacked the remaining Asmoroogs and won. Wiggen was offered their best spaceship for the flight home to Earth again, but the trip would take him five years.

After a couple of weeks of traveling the ship was contacted by the U-Naxians who thanked him for his help and immediately took him home to Earth together with JPX. Achilles Wiggen remains one of the best fighter pilots in the Swedish Air Force to this day !

Achilles Wiggen is clad in a flyer’s jumpsuit. It covers the entire body except hands and the head and is colored blue or gray. The head is often clad in a protective helmet.

Wiggen himself is a tall and muscular man with short blond hair and blue eyes. Just like the archetypal Scandinavian :-).

Wiggen is the sort of person that can adapt to any kind of alien situation fast. At first he is always astounded (screaming one thing or another), but very quickly sees the advantages present and is able to benefit from situations to their fullest potential.

Wiggen is an excellent tactician and is also foolishly brave. In combat he rushes head first into opponents without hesitation and only afterwards, when the opponents are defeated, he contemplates the risk.

He is smart enough to figure out how alien technology works. He has no problems accepting alien life forms and has been shown to cooperate well with anyone. He refers to JPX as the Shrimp or Grasshopper.

Wiggen will help anyone needing his help even when faced with an impossible task.

Most probably he is a patriot, but would never consider himself a hero.

The strongest personality streaks of Wiggen are his foolhardy bravery and his extreme luck.

Well, Sweden is a completely unknown place in the DC Universe. Nothing ever seems to happen there; only thing I ever saw was the Teen Titans chasing the Shadow Thief there! So Wiggen could probably be inserted straight into the Air Force as one of their elite pilots.

Any player getting into contact with the Swedish Army one way or the other runs a chance of meeting Wiggen who would be a powerful NPC in that adventure.

He could, of course, also work as a consultant (perhaps in alien matters) in a foreign country. He’d work excellently as an consultant or military leader during the Invasion! in 1989. A couple of years before that, during the mid 1980s he’d have flown with the Blackhawks. 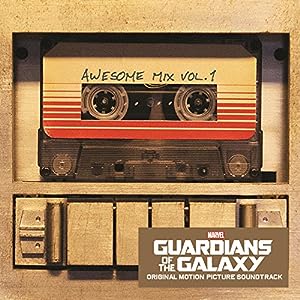 Blue Swede’s Hooked on a Feeling 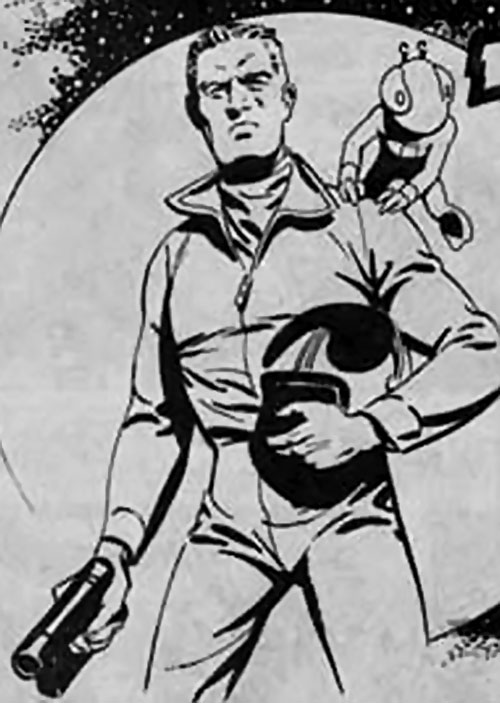