Acrata is a solid athlete and martial artist as well as a knowledgeable student of pre-Hispanic history.

In one scene she seems to make a superhuman jump, but this is unclear.

The Mayan symbol on the brow of her costume is apparently what allows her to disappear in the shadows. Sometimes literally, since she can shadowstep .

The Rojas used to live in Cobán, Guatemala. But they moved to Mexico when professor Rojas was awarded a position with the National Museum of Anthropology in Mexico City .

Andrea thus chiefly grew up in Mexico. Years later, she came to work with her father as a graduate student.

From adolescence onward, Andrea developed an interest in the trials of the Mexico City people. In particular, she was angry about the power of the narcos and organised crime over their daily lives.

Somehow acquiring significant physical skills and a mystical artefact, she created the identity of Acrata. As Acrata, she was a shadowy street vigilante.

(To my knowledge, Ácrata has a meaning close to “minarchist” (or “anarchist”, if one drops all nuance). But it could have other connotations in *Mexican* Spanish.)

Acrata eventually graduated to hounding certain drug cartels even outside of Mexico.

Though she tends to be aloof, Acrata has occasionally collaborated with other members of the surprisingly tiny Mexican super-heroic community. She is familiar with El Muerto and Iman.

In 2000, the three of them and Superman teamed up to defeat the supernatural menace summoned by the sorcerer Duran.

In 2007, Acrata was invited to become part the extended Birds of Prey agents network operated by Oracle. Whether she agreed to join is unrevealed.

Carried away by a moonlight shadow

As of this writing, Acrata has been possessed by Eclipso, along with a number of other heroes with shadow-based powers. So far she hasn’t played much of a role in Eclipso’s plan, which is allegedly to kill God.

She strongly prefers to operate solo. But this is because she overestimates both her own competence, and how much allies actually cramp her style.

She behaves in a brusque manner toward authorities and heroes. 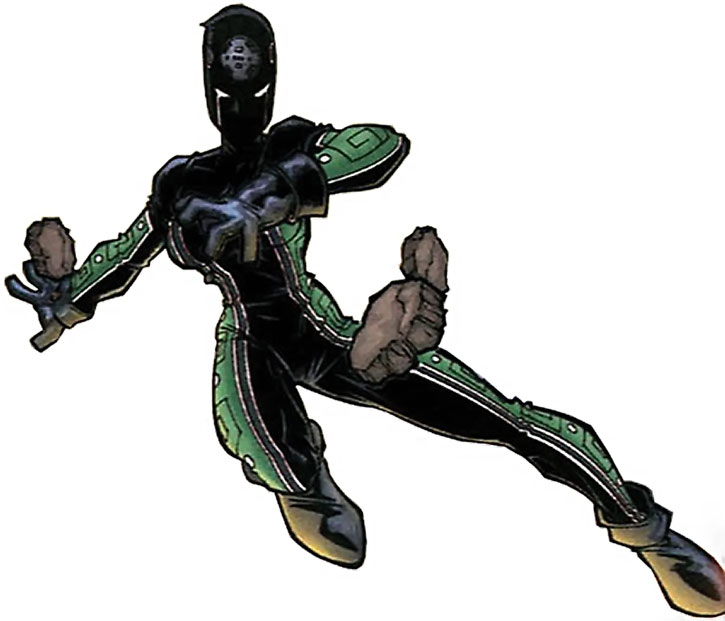 It seems she is steeped into one of the various Latin American traditions of anarchism (her name might derive from a Greek akratos, “denying power over others”). This would go a long way toward explaining the black costume and her attitude toward leaders, the powers that be (legal or not), outsiders, administrative procedures, etc.

Her “dark avenger of the night” attitude may also be patterned after some American heroes of the 1990s… or the 1930s.

Part of her style as Acrata is to use an arsenal of quotes from history, literature and philosophy. This is done both through calling cards she leaves behind once she’s done and in her speech.

She avoids name-dropping, preferring to allude to the author. And she will often allow herself approximations (such as using Nietzsche quotes about the übermensch to refer to Superman).

In the comics that came across as formulaic and stilted. But it can certainly be downplayed to a point where it flows better.

“Idiots ! That is Ometeotl… god of the Near and Close !”

“I suspect that the rest of this puzzle can only be solved by Acrata. As Joseph Fouché  often said, ‘there is more truth to be found in the shadows than in the light’.”

These stats are conservative ones, and she could easily be more powerful. She might also have Jumping: 02 or more.

Helper(s): Chris Cottingham. This writeup uses the DC Comics Encyclopedia (DK, 2004) as a secondary source for a change. 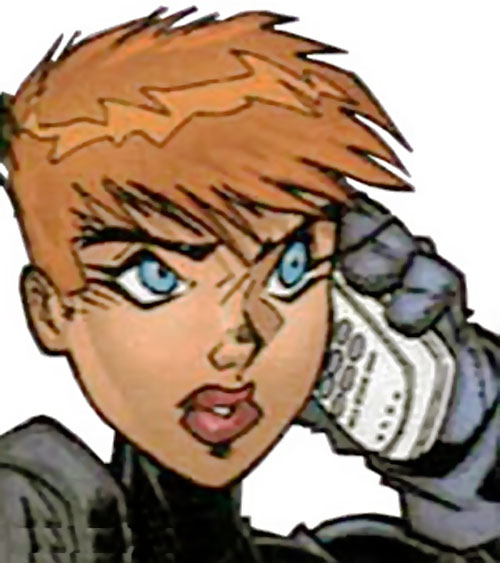