In addition to the normal Morituri physical enhancements, Adept possessed the amazing ability to analyze and counter anything she came into contact with. She could read alien languages, decipher the function and operation of alien artifacts, and analyze and synthesize antidotes for any kind of toxin or disease.

Jelene Anderson was a strange soldier. A small, quiet woman with passionate religious beliefs, she felt it her duty to aid in the protection of her planet as best she could. She disliked physical conflict, though she was not shy about mixing it up with the rest of the team if needed.

During the team’s first attack on a Horde mothership, Adept discovered a Horde communication nexus that allowed her to spy on the Horde treasure ship out by Jupiter. Even just seeing the scores of devices the Horde had stolen from countless worlds gave her a glimmering of the technological secrets some of them held.

She recorded as many of the devices as she could on a storage crystal and returned to Earth with the rest of her team.

Once the government found out what she had learned, they ordered her to stay out of the field and spend all her time deciphering the devices she had recorded. With only recordings to go on she was often unable to fully comprehend the nature of the devices, but she did her best.

On two separate occasions her irate teammates broke her out to join them, but for the most part she seemed to accept her situation.

When Radian pretended to agree to betray the team to the Horde, his main reason for wanting a Horde ship was so that they could take Adept to the treasure ship itself. This allowed her to analyze the devices in person. While the rest of the team held off the Horde, Adept studied as many of the devices as possible.

On the way back to Earth, she felt her Morituri Effect approaching, but held it off as long as she could so she could record what she had learned.

Unlike most Morituri, Adept passed peacefully into death and did not explode.

A short, slim black woman with close-cropped hair; the Morituri Process made almost no change to her physical appearance. She wore a black tunic with white trim that came down to just above her knees, black leggings, white boots and a short black cape with a yellow lining.

Adept was a deeply religious woman who believed strongly in Christianity. She never sought to convert her fellow teammates, but was always ready and eager to offer spiritual guidance when needed.

Bonuses and Limitations:
Gadgetry is a Powered skill (-5 BC). 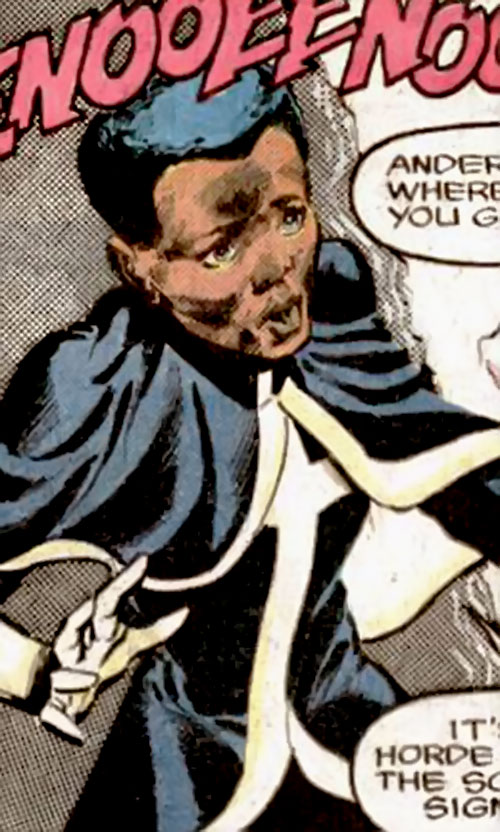 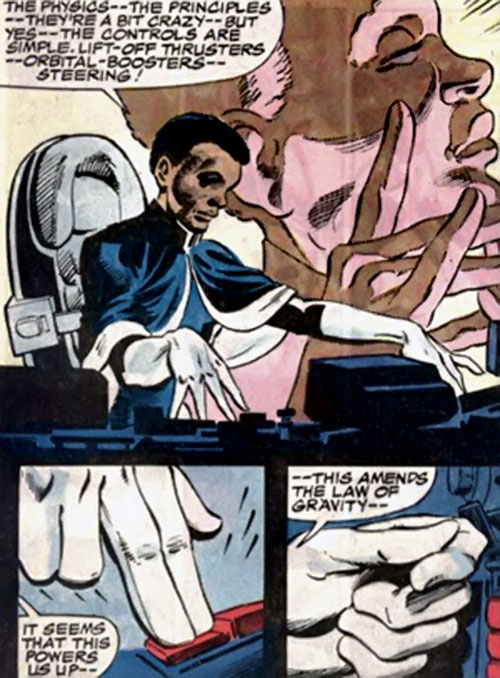