Adon is the current Muay Thai Emperor (read champion). Although Sagat is still a far more capable fighter (and has far less personal problems) he never sought to reclaim his title.

Adon is certainly no slouch in fighting and is hailed as a national hero in his homeland of Thailand.

Adon participated in the Street Fighter 1 tournament. He wanted to prove to the world that he was more than just a lesser version of Sagat. However, when he fought Ryu, he got cocky. Thus, Ryu just took him out with a single shoryuken, and he was eliminated from the tournament.

Adon was enraged. The fighting style of Muay Thai had been humiliated when Ryu won the Street Fighter 1 tournament. However, he was not mad at Ryu. He was mad at Sagat for losing to Ryu and being unable to hold up the name of Muay Thai. He felt that Sagat no longer deserved the title of Emperor, and set out to defeat Sagat.

When he found Sagat, Sagat himself was filled with rage at how Ryu had defeated him. Adon challenged him. Sagat was too enraged to fight well, so Adon defeated him and became the new Emperor of Muay Thai. It wasn’t without cost, though.

Adon had to go to the hospital and stay there for four months due to his injuries from the battle. After that, he eventually heard news about a man named Gouki when he trounced one of Adon’s challengers. Gouki wielded the same moves that Ryu used to defeat Sagat!!!

Adon became determined to find Gouki and take this power for himself.

Adon spent SFZ3 searching for Gouki, but never found him. 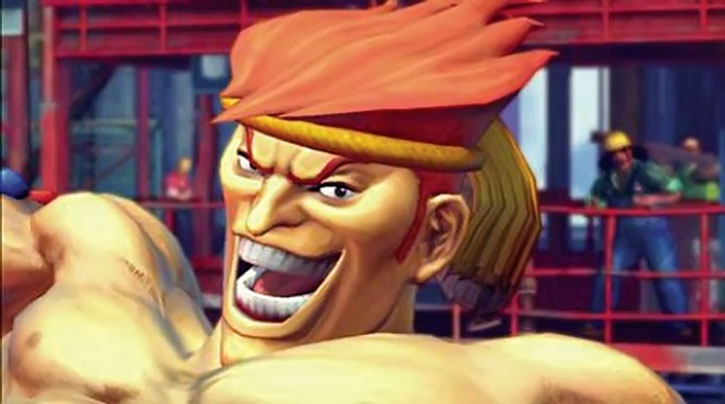 Still searching for Gouki. Even after… erm, a couple decades.

Adon is a lanky man with red hair. He typically wears traditional Muay Thai bands on his arms and legs as well as the headband as well as the usual hand and feet wrappings. Other than that he usually only wears a pair of blue gym shorts.

His facial features are very sharp and angular and he has a very pointy nose. His most memorable feature is that he has a high pitch, squeaky voice.

Adon is completely delusional and selfish. He absolutely hates Sagat for losing to Ryu and “disgracing” the good Muay Thai name. This is despite the fact that Sagat personally took him under his wing and trained him. And despite the fact that he got floored against Ryu with one punch whereas Sagat nearly won. 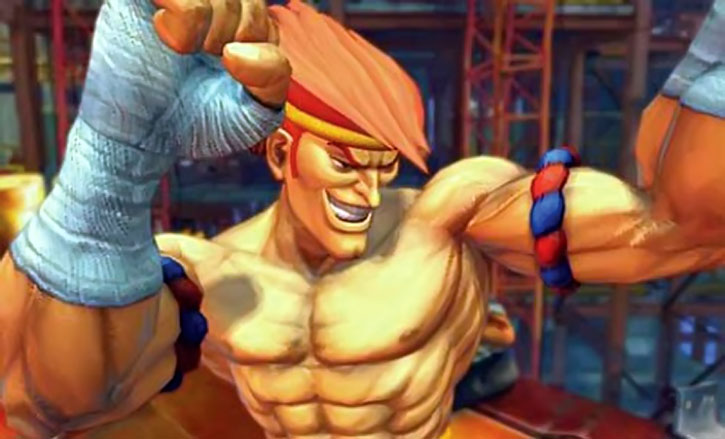 After Adon defeated a confused and enraged Sagat his ego has known no bounds. He is thoroughly convinced that he can find Gouki and take his power in a fair fight. This is despite the fact that Gouki would slaughter him.

Sagat: “Ho, not a bad technique. Let me hear your name once more. My thanks for having entertained me for such a long time…”
Adon: “I am Adon. Having challenged you, to win, furthermore to someday surpass you is my dream !”
Sagat: “Then that technique, it will be good to polish up more and more. To your degree as a man, that dream isn’t necessarily foolishly conceited.”
Adon (after Sagat turns his back): “Sagat, already you’re not the emperor. To atone for my dream that you have trampled underfoot, as was expected, will be on the basis of this technique !”

Adon could be inserted as is. He would make a pretty good martial arts baddy and Thailand isn’t exactly that well populated by known characters.

Bonuses and Limitations:
Adrenaline Surge only works on Jumping and Martial Artist. 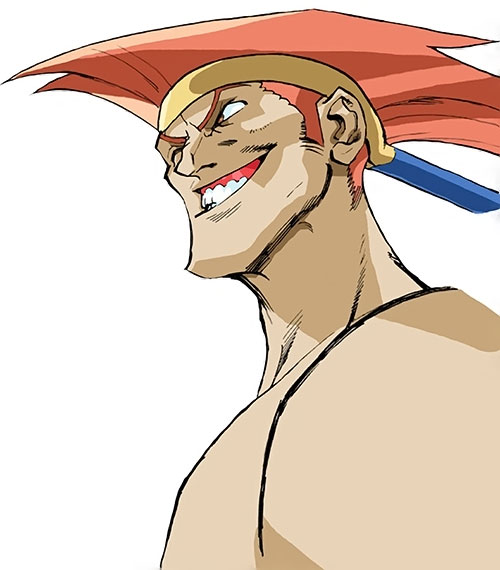 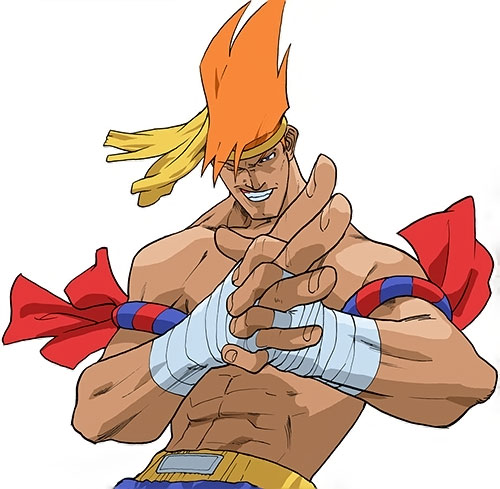 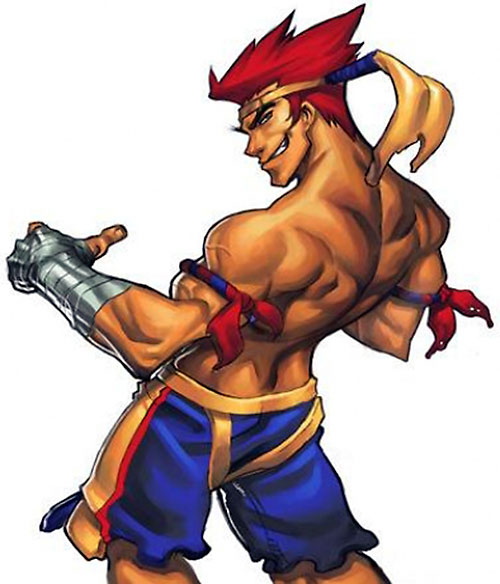