Afro is a remarkably talented sword fighter. He is driven with an unquenchable, bloody thirst for revenge. He is highly skilled in close combat. Afro can take on more than a dozen armed thugs and even highly skilled opponents with modern military weapons. 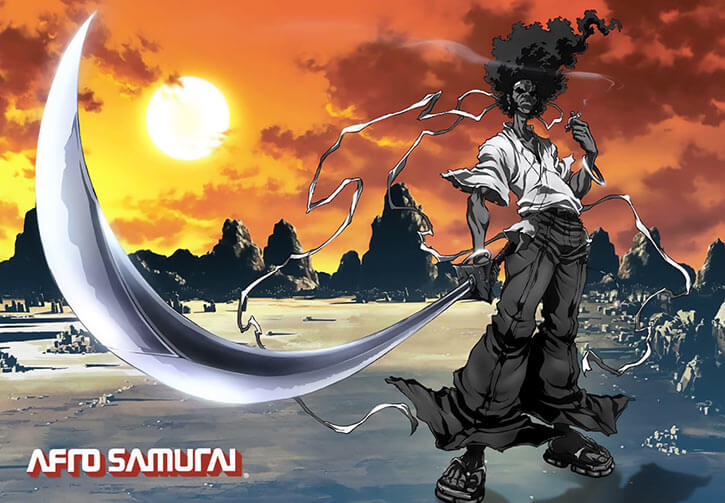 He also demonstrate mastery in paired melee weapons. Howbeit he uses a katana/scabbard style, where the scabbard is normally used for defense. This is particularly notable in his fight with Jinno.

That said that’s really his only talent. He pretty much lives a very strict life of a warrior hellbent on the path of revenge. Afro has little interest in anything else.

Afro takes place in an unclear future in Japan. There, many traditions and societal features are reminiscent of the medieval era. The titular hero, a samurai and cinematically  skilled swordsman, is on the road to avenge the death of his father.

In this setting, it is said that the one who becomes “Number One”, will rule the world, wielding powers akin to a god. Someone becomes Number One by killing the previous Number One and taking his ceremonial headband. But this is only possible if one wears the headband of Number Two.

Afro’s father was the old Number One. But he was killed by a gunman named Justice, who had the Number Two headband. The killer then became Number One. This occurred when Afro was but a child.

Years later, as a highly-trained and determined fighter, Afro obtained the Number Two headband and went on a long quest to find Number One.

Afro is a tall, slender, athletically built African man. He sports a wild, animé-style, physics-defying “afro-puff” hair style. He usually has a stern expression on his face.

As far as clothing goes he wears a simple gi in basic earthy colors that is well worn from his travels. He also, course carries a large katana and always proudly displays the Number 2 Headband.

Afro doesn’t exhibit much of a personality. He is absolutely driven to avenge his father and take back the Number 1 Headband. He walks a very lonely road indeed.

Just as his master taught him, the road to revenge is indeed lonely and full of sorrow. Afro rarely has much of anything to say. He is usually content to use the minimum amount of words to communicate. 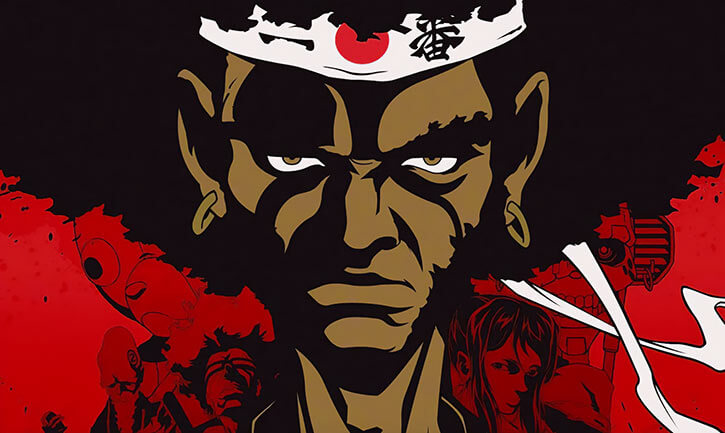 Afro has hardly any distractions from the path of the warrior he’s on. He seems to enjoy lemonade, I guess. He just barely reacted to Otsuru blatantly throwing herself at him.

About the only thing that he ever does that contradicts his path of the true warrior (aside from sex with Otsuru after days of her propositioning him) is smoke hand rolled cigarettes. It is unknown if the cigarettes contain tabacco or another substance. Although one gets the general feeling that they were just something tacked in there as a pop culture reference to make him seem like a tough guy.

Ninja Ninja, his constant sidekick, seems to, more or less, be his voice of reason. Yet Afro pays him little or no heed.

“The only direction I move is forward.” (kills his opponent)

Bonuses and Limitations:
Reflection/Deflection is a Skilled Power and Minor Marginal.

Connections:
None. Like he needs them. No seriously, anyone who befriends Afro is likely to wind up dying a gruesome death in short order. 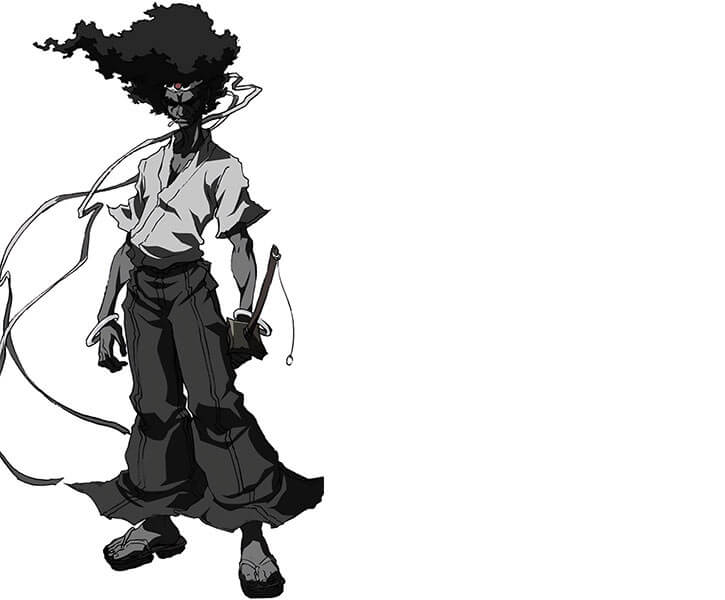 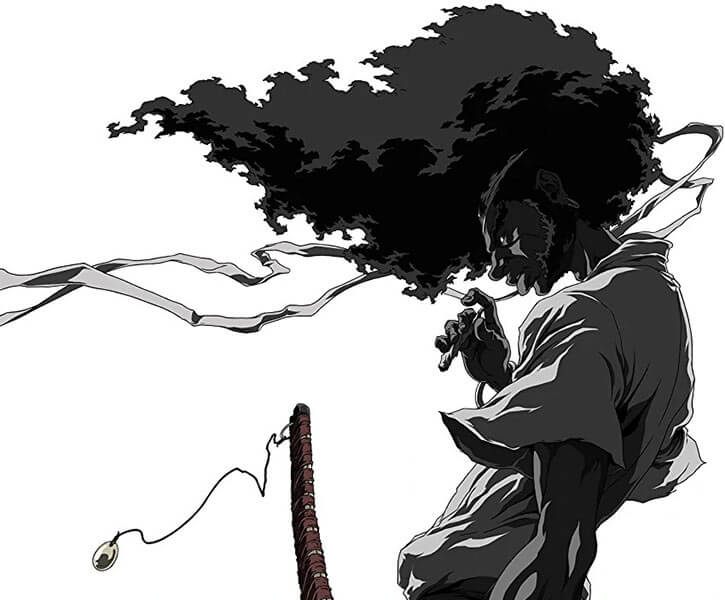 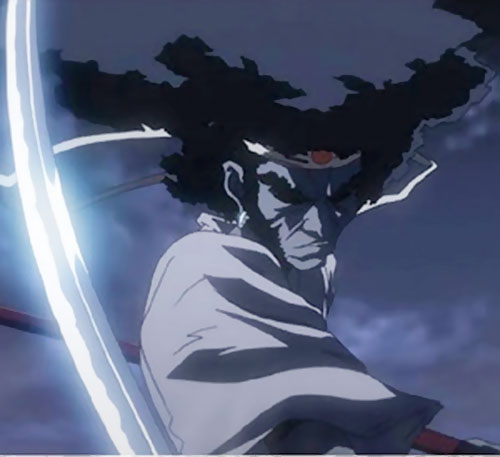 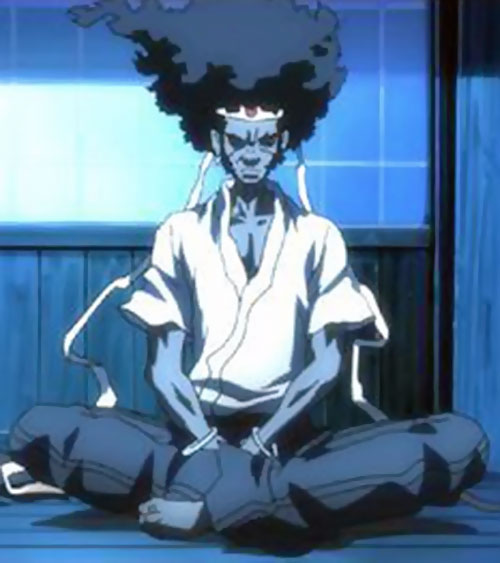