This obscure Marvel character appeared in 1987. That was during one of my favourite Daredevil runs – Nocenti’s.

This profile has S P O I L E R S for this odd tale.

It is best read after the Agent Hazzard character profile, which has important context.

Crock likely was an elite soldier – perhaps from the USMC. I have assumed he had all the usual military training, with a high degree of expertise.

The Backward Man’s capabilities are different from those of Hazzard. Project Reptile made him able to let his consciousness sink to the level of his lizard brain, fighting with extraordinary rage and power, and a very high tolerance for pain.

He does not lose access to his hand-to-hand combat training. Since this was the 1980s, it is likely LINE training . However, it seems that he cannot use weapons while letting his lizard brain take over, except maybe for a stick or knife.

He could unhesitatingly beat up an adult crocodile with a simple stick.

Like Hazzard, Crock is a soldier who was experimented upon by the doctor heading Project Reptile.

The enhancements resulting from his torture were less weird than those of Hazzard. They were closer to what one would have expect given the nature of the project. Perhaps the experience acquired experimenting on Hazzard gave a greater mastery of the process to the doctor running the project.

Most of the memories Crock had were erased. He only got to keep a variety of traumatic ones so he had a number of ways to induce his “reptilian state”. That meant having his mind entering a state of fugue under the stress of a perfect recollection.

The selection included his mother throwing away his pet baby crocodile, or little Suzie Hughs refusing to kiss him on the playground around age 7 or so.

A key memory, which he identified as “a white one”, was a confrontation with his lover Mary, who would not commit to a relationship with him. Having an irrational episode, he met her near the top of the cliff, stood at the edge and started tilting his body toward the void. He told her that if she truly loved him she just had to catch his arm to prevent him from falling backward.

Horrified by his behaviour, Mary froze and Crock fell. He barely survived the massive damage, and was poached by Project Reptile from his previous assignment to be healed and turned into an agent.

After Hazzard was shot between the eyes by the Black Widow (Natalia Romanova) using Hazard’s own gun, Project Reptile started readying Crock to reel the Widow in as a test. But he escaped before the treatment was finished.

Following his orders he went to New York City and managed to find the Widow. She was still suffering from PTSD after having killed Hazzard. Therefore, she found herself unable to fight Crock, fearing she would kill him too.

She requested Daredevil (Matt Murdock)’s help, who forced her to confront her trauma. The Widow managed to save Crock’s life as he was about to fall in very similar circumstances to his fall in front of Mary, which assuaged her guilt about Hazzard. Crock just collapsed crying in her arms in a Traumatic Flashback, thinking she was Mary.

Project Reptile was likely destroyed and Crock handed over to S.H.I.E.L.D. for treatment.

Crock has suffered severe trauma. His abilities are powered by the worst memories from his distant pasts cycling in his head, too vivid to be ever forgotten. He was nicknamed “the backward man” by the doctor heading Project Reptile since he’s forever attracted toward his ever-receding past and faces life in the wrong direction.

(If you’re determined to have a Mass Effect crossover, this is oddly similar to the Drell species.)

He’s actually addicted to his memories. He will often twitch the wires attached to his brain to voluntarily induce a traumatic flashback.

To him his traumatic memories are colour-coded according to the wire that can feed them. So he will refer, for instance, to a “blue memory” or a “white memory”. His flashback-induced hallucinations have also become visually colour-coded. The red wire is the one sending him in his combat state.

Unless he’s in the red, Crock is not really aggressive. But he’s obviously psychotic and confused, constantly mumbling to himself about the wires and his memories.

“Tumble round and back and… white… back… to the white wire… white wire. White pain. White wire white dress spotless white memory… lovely in your white dress… Lovely Mary darling…”

Connections:
None (asides from the one derived from his Credentials). 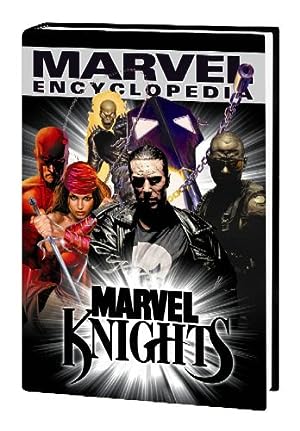 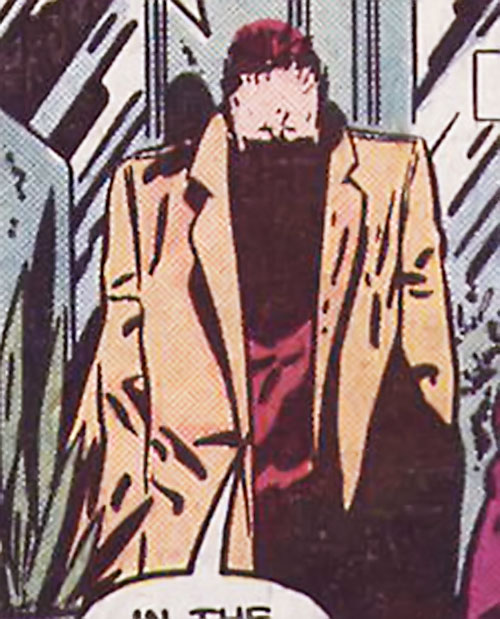