His influence is vast. He pretty damn much can do anything he wants. The most powerful criminal conspiracy in the world’s history is afraid of him.

Grave’s physical and combat abilities are an unknown – our game stats simply are are a reasonable estimate. One of the reason he does not need to fight is that he’s extremely intimidating. His cold stare looks dangerous beyond words.

Graves has his affectation, his game. If he learns about somebody caught in a great injustice (generally involving betrayal), he may approach this person personally. He will imply that he’s from some sort of law-enforcement agency, without ever stating anything solid.

He will startle the subject by speaking about details of the person’s past. Graves will tell them what happened in their life and who was actually responsible – often to the shock of the person being approached. He will then offer one of his attache and state the rules :

“Inside this attache case if the irrefutable evidence that what I’m telling is true. Also in this attache is a gun and one hundred rounds of ammunition. All untraceable. All yours. Do with it as you see fit. I’ve seen to it that no law enforcement agency can touch you. If you choose to use terminal force, all investigation will cease once the bullets are retrieved.”

The guns and bullets are thoroughly untraceable. And it is true that any investigation connected to them will vanish as if by magic. When one person carrying such a gun was caught by hostile Chicago PD detectives, they were ordered to release the suspect. That was even though she was still on parole and carrying a piece, an obvious violation of parole.

Both the guns and the bullets had to be returned. All traces of the arrest were erased by the following day.

Graves only explains the facts and leaves the person holding the attache case. He does not give any instructions or advice. Thus Graves can give any one person carte blanche with his untraceable bullets, putting that person above the law. But not above his own choices, conscience and values.

The Trust is a huge, decades-old criminal conspiracy. It is a council of America’s 13 most powerful crime families. Unlike the Cosa Nostra’s equivalent, the Commissione, it is not limited to Maffia circles. Furthermore, it is actually able to decide policy. It is a true over-syndicate and not a simple diplomatic problem-solving ground like the Commissione.

The Trust is immensely rich and influential. It is quite possibly the equal of the United States government in several respects.

Given the extremely dangerous nature of underworld politics, the trust was designed with its own check and balances. There is an elaborate etiquette and electoral protocol to reach decisions. And the Trust had his own independent guardians. These were a small cadre of elite enforcers known as the Minutemen.

Who minutes the Minutemen ?

This small, formidably competent cadre was here to serve the families. But they also watched them and made sure none of them was moving against a fellow Trust family. Such an attempt at backstabbing would be ruthlessly terminated by the Minutemen. And they were the best killers and operators in the business.

The man entrusted with heading the Minutemen was only known as Graves. He has been a Trust servant since at least the late 1950s. His earliest known case was the Kennedy assassination in 1963, as he armed Joe DiMaggio  to be one of the shooters. Graves has indicated at least one of the three gunmen was not his, but did not clarify further to the retired DiMaggio.

At one point, the Minutemen carried off what was described as “the greatest crime ever” for the Trust. When the Trust asked them to do it again, Graves said no. The nature of the crime is unknown. The reasons why Graves refused, knowing this would lead to his being fired and he and all Minutemen becoming marked men, are likewise unknown.

The Trust reportedly had the Minutemen eliminated. Yet Graves was still alive. One of the Minutemen, Lono, the wildest of the team, became a criminal for hire. At least three Minutemen were given hypnotic conditioning had forget everything about their past, starting a new life. However a keyword — “Croatoa” — could be used to break their induced amnesia.

One, Shepherd, apparently became a Trust agent. But his loyalties are murky at best.

Graves dress like a stereotypical FBI agent. He usually introduces himself as “agent Graves”.

His manners, age and sheer presence mean he’s almost always assumed to be some sort of senior FBI/NSA/DIA/whatever agent.

Graves is devilishly smart, calm, confident and ruthless. He used to lead the best killers in the world.

He is forever caught in an incredibly high-stakes game of power, betrayal, assassinations and manipulation – of which he’s a master. He’s loyal toward his own Minutemen, but is a world class master at double-crossing anybody else.

That the game with the attache-cases is very important to Graves. He has been doing this since at least 1963. Howbeit, Graves’ goal with this is unknown.

In some cases; the gun allows the person to obtain justice, often at a terrible cost. In some cases, the hapless victim is simply manipulated into becoming a tool advancing Graves’ plans toward the Trust. The person *will* apparently be told the truth as to their own situation, but not the greater picture and whom the people who ruined their life truly are.

Graves has denounced at last one of the vigilantes to the police after the fact. Yet he also allowed one man who had learned quite a few things about the Trust to flee to Paris to start a new life. And it’s quite likely he had very specific reasons to want that person in prison, as it seemed that Graves had future plans for him.

Graves is inscrutable. The only visible drive is his loyalty and affection for his men – even the sociopath Lono. He seems to have been a huge Marilyn Monroe fan, which may explain his actions in 1963. He also seemed uncharacteristically forlorn in a case involving a small girl being raped by her father. 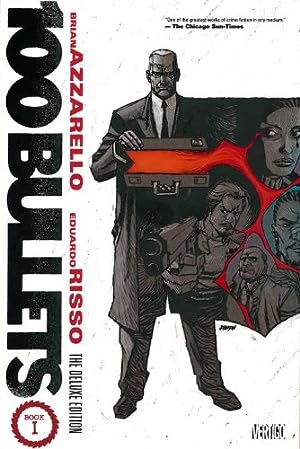 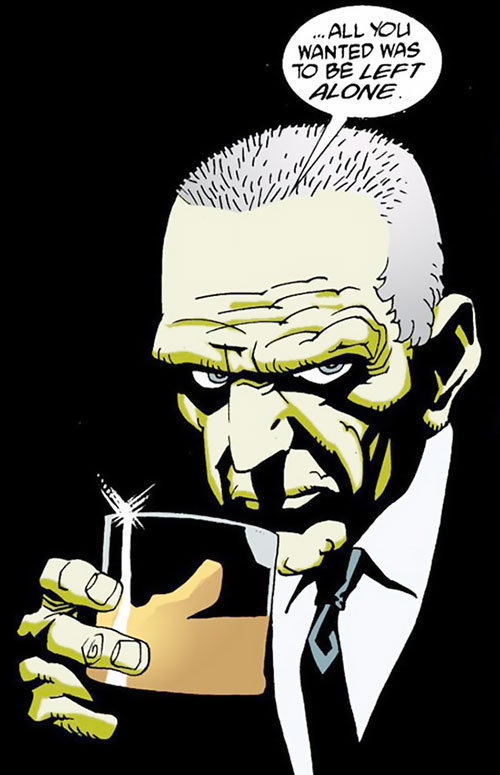 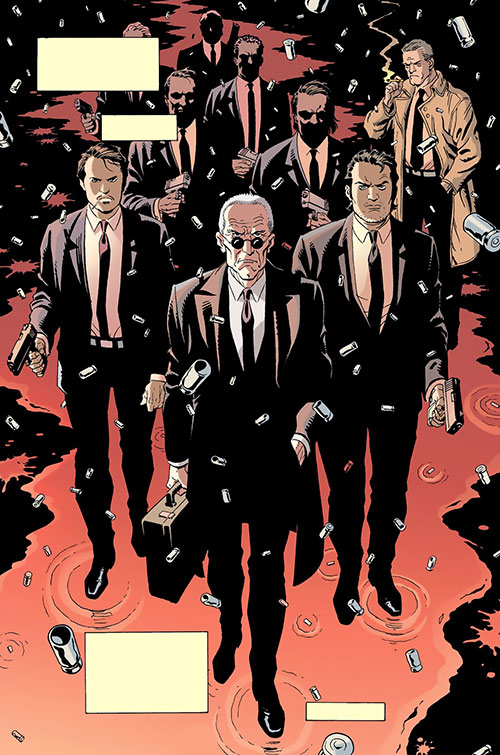