This is Hugo Weaving’s Agent Smith as he appears in the The Matrix sequel movies. This profile is 100% intended to be read after the previous Agent Smith character profile.

As with every Agent in the Matrix, Agent Smith has physical capabilities far beyond those of a human being. He throws punches hard enough to shatter concrete and leaps prodigious distances (in DC Heroes RPG terms, Physical Attributes, Jumping).

He can even slow time over a very small area. Though he is rooted to the spot while using this ability, Smith can still duck and weave quickly enough to literally dodge bullets (Superspeed).

Since Smith is no longer connected to the Matrix as an Agent, he has not received the same recent upgrades that the other Agents have. Since he enjoys the benefits of being an entire army in and of himself, this does not hinder him greatly.

Agent Smith has been active in the Matrix long enough to develop his own distinct personality. This trait has become even more prominent now that he is an independent force in the Matrix. He is better at interacting with humans than Agents. However, he is also vulnerable to emotional considerations overriding his logic (Charisma, Drawbacks).

Since his alteration, Smith’s ability to possess people has changed considerably. Instead of moving from one host to another, Smith can morph anyone he touches into a duplicate of himself, including other Agents.

This ability even extends to those not connected to the Matrix. Smith was able to take over one of the partisans and thus control that person’s body in the real world. While the possessed Partisan was another Smith in the Matrix, he remained a normal human in the real world, albeit one possessed by Smith’s mind.

Smith’s new abilities apparently come as a result of some residual imprinting from Neo during the attack that originally destroyed Smith. As a result, Smith and Neo can sense one another’s presence, allowing Smith to track Neo down in the Matrix.

The Matrix is a late 22nd Century virtual reality designed to resemble late 20th Century/early 21st Century Earth. It was created by a group of AIs known only as the Machines.

The Machines have vast “farms” of humans held in pods and used as batteries for the Machines’ operations. The minds of these captive humans live out their lives in the computer-generated dreamworld of the Matrix. That leaves them oblivious to their true existences and thus completely docile.

The Agents are autonomous software programs that travel throughout the Matrix by possessing the residual self-images of humans (that is, their personas within the Matrix). They take whatever steps are necessary to keep their captives from recognizing the nature of their imprisonment.

There is a group of humans living their lives outside the Matrix and dedicated to ending the Machines’ dominion of Earth. Some of these humans are freeborn, i.e. born outside the Matrix in the remaining human city of Zion, while others are former captives of the Matrix that have been freed by the resistance. These partisans frequently enter the Matrix to battle the Machines from within.

While the rebels can give themselves slightly superhuman abilities by manipulating the Matrix, no human can match the ability of the Agents to do the same. Nor can they do anything to counter an Agent’s ability to “resurrect” itself. Consequently, the only reasonable response of a resistance agent confronted with an Agent is to flee the scene.

No human other than the Anomaly (a.k.a. Neo) has ever beaten an Agent in combat.

Agent Smith had been running in the Matrix for a very long time. He had become the lead Agent in tracking down resistance fighters. Indeed, it had become an obsession with him. Smith was fortunate enough to make contact with a turncoat rebel named Cypher. He offered the traitor a life of paradise in the Matrix in exchange for Morpheus, leader of the resistance.

Smith began an arduous interrogation of the captured Morpheus. He hoped to extract vital information about Zion from him that would allow the Machines to find and destroy that final bastion of humanity and end the war. Before Smith could extract the necessary information, the resistance fighters Neo and Trinity rescued Morpheus.

Trinity and Morpheus escaped, but Smith was able to cut off Neo’s escape route. Unfortunately for Smith, Neo was the Chosen One. As such, he had a hitherto-unseen proficiency for manipulating the Matrix. Neo was able to defeat and then destroy Smith, the first known example of a human beating any Agent in combat… or so Neo thought.

Instead of destroying Smith, Neo had somehow freed Smith from his connection to the Matrix.

As Smith testified to Neo, “I killed you Mr. Anderson, I watched you die, with a certain satisfaction I might add, and then something happened. Something that I knew was impossible but it happened anyway. You destroyed me, Mr. Anderson. Afterward I knew the rules, I understood what I was supposed to do, but I didn’t. I couldn’t ! I was compelled to stay. Compelled to disobey.”

Instead, Smith spent the next six months in the Matrix coming to terms with his new condition before hunting down Neo.

Smith is now active on both sides of the Matrix. In the Matrix, the mob of Smiths grows in power, absorbing humans and Agents alike and seeking out Neo to possess and kill him.

Outside the Matrix, Smith has possessed a partisan named Bane and used him to blunt Zion’s counterattack against the invading Machine forces and hopefully as an assassin to kill other important members of the resistance.

Like his former colleagues, Smith was a nondescript Caucasian male of average height and build. Smith still wore the same suit with black tie, silver tie clasp, and rectangular sunglasses, but Smith’s suit was now black instead of the usual dark gray that Agents wore. Smith carried a Desert Eagle in a shoulder holster but no longer used the earpiece that was also common for Agents.

Agents tend to speak in a monotone, but Smith’s speech developed its own unique cadence with frequent pauses for effect.

When Smith goes into superspeed to dodge gunfire, he moves so quickly that he appears to be blurred multiple images overlaid on top of one another, shifting back and forth in place with a metallic whirring noise.

Since being “freed” by Neo, Smith’s motivations have changed considerably. He claims to have been deprived of his previous sense of purpose (i.e. the destruction of the human rebellion), but he has found another one in its stead.

Smith’s current raison d‘être is still unclear to everyone but himself. But it involves the destruction of Neo and Zion just as it did before. A hint may lie in the Oracle’s assessment of the Merovingian, another powerful renegade program within the Matrix — “What do all men with power want? More power.”

Smith still enjoys philosophizing as he did before. He even engaged the hated Neo in a lengthy conversation before attempting to kill him.

Smith prefers to possess his targets to killing them outright as each new Smith increases his power within the Matrix and possibly gives him access beyond the Machine World.

Because Smith has so many iterations, he is reckless with any individual life — “The nice thing about being me is there’s so many of me.” It can be very disturbing when an entire crowd of Smiths speaks in unison.

The Smith running around outside the Matrix seems fascinated or deeply disturbed by its human body and has begun to engage in self-mutilation. At the same time, this Smith is more careful than the others. He’s the only Smith in the real world and the advantage of having a presence in Zion is too valuable to lose it due to ill-considered actions.

If Agent Smith has been integrated into a campaign in any of the ways suggested in the Agent Smith or the Agents write-ups, then the Reloaded Smith can be included as a renegade Agent with little difficulty.

Included separately in the real world, Smith could make a frightening foe either as a minion of someone else or as a powerful villain with his own agenda.

Inspiration for Smith-as-master-villain can be taken from various encounters with JLA foe Starro, who has on occasion taken over entire populations with miniature duplicates of itself. A similar villain who turned every person it possessed into a metahuman would be an even more formidable foe.

If Smith could absorb qualities of other superhumans he possesses to create super-Smiths. Or even worse, if such super-Smiths could pass on all of their abilities, both original Smith abilities and newly-absorbed host abilities. Thus, he could well be the worse threat a superhero team might encounter. 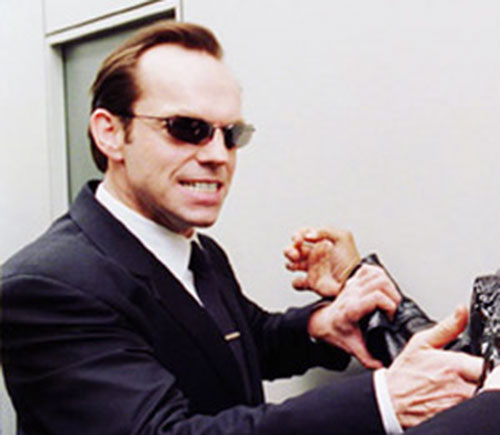 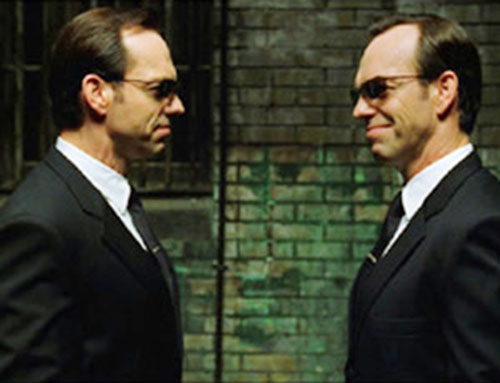