This article is based on the first two movies – The Matrix and The Matrix: Reloaded.

It was primarily a stats-building exercise, but there are full explanations about the Agents. These assume you’ve seen the movie, though.

Every Agent in the Matrix has physical capabilities far beyond those of a human being. They can throw punches hard enough to shatter concrete, and leap prodigious distances (in DC Heroes RPG terms Physical Attributes and Jumping).

Agents can even slow time over a very small area. Though they are rooted to the spot while using this ability, they can still duck and weave quickly enough to literally dodge bullets (Superspeed).

Agents can appear anywhere in the Matrix where a human is present. This is done by possessing that person’s body, which consequently morphs into the Agent’s body, including earpiece and sidearm (Self-Linked Personality Transfer).

Agents can only use humans who are still plugged into the Matrix as host bodies. Hacked-in personas like the partisans are immune to possession.

If that host body is killed, then the Agent in question can simply take over another one nearby. This makes Agents effectively immortal unless they are somehow attacked Mentally (Self-Linked Spirit Travel). Agents do not automatically leave a host body if they are simply stunned, a trait that Neo exploited in his later fights with them.

Agents can program the Matrix to alert them when something out of the ordinary occurs. Such as a major gunfight, or if humans in the program see specific people (Alert).

In one instance, the Agents lost track of escaping resistance fighters at one point only to reacquire them when a homeless man saw the rebels. And again when the fleeing Neo ran into a crowd and Agents began to appear all around him. Another example of this showed an Agent reacquiring Morpheus during a highway chase when a nearby driver saw the partisan in the driver-side mirror.

It is possible for the Agents to make physical alterations to the Matrix and its inhabitants (Matter Manipulation). Examples of this include melting Neo’s mouth shut when he was still part of the Matrix and turning the windows in Morpheus’s safehouse into bricks.

They almost never use this ability, both because careless use could reveal the nature of the Matrix to bystanders and because it may cause program glitches such as a “déjà vu” where animate objects repeat a cycle of motion.

The Matrix is a late 22nd Century virtual reality. It is designed to resemble late 20th Century/early 21st Century Earth. It was created by a group of AIs known only as the Machines. These have vast “farms” of humans held in pods and used as batteries for the Machines’ operations.

The minds of these captive humans live out their lives in the computer-generated dreamworld of the Matrix. That leaves them oblivious to their true existences and thus completely docile.

The Agents are autonomous software programs. They travel throughout the Matrix by possessing the residual self-images of humans (that is, their personas within the Matrix) and taking whatever steps are necessary to keep their captives from recognizing the nature of their imprisonment.

There is a group of humans living their lives outside the Matrix. These are dedicated to ending the Machines’ dominion of Earth. Some of these humans are freeborn, i.e. born outside the Matrix in the remaining human city of Zion. Others are former captives of the Matrix that have been freed by the resistance.

These partisans frequently enter the Matrix to battle the Machines from within.

While the rebels can give themselves slightly superhuman abilities by manipulating the Matrix, no human can match the abilities of the Agents. Nor can they do anything to counter an Agent’s ability to “resurrect” itself.

Consequently, the only reasonable response of a resistance agent confronted with an Agent is to flee the scene. No human other than the Anomaly (a.k.a. Neo) has ever beaten an Agent in combat.

Agents are invariably nondescript clean-cut Caucasian males of average to above-average height and build. All Agents are neatly attired in the same dark gray suits with black tie, silver tie clasp, and rectangular sunglasses. They are all equipped with a translucent plastic radio earpiece in the right ear and carry a Desert Eagle in a shoulder holster.

Overall, Agents look like stereotypical Secret Service bodyguards or G-Men. This disguise is ideal for their role. Agents always speak in a monotone and have very limited facial expressions.

When they go into superspeed to dodge gunfire, they move so quickly that they appear to be blurred multiple images overlaid on top of one another, shifting back and forth in place with a metallic whirring noise.

Agents are very straightforward and unimaginative. If something threatens the integrity of the program, then they simply possess the nearest human and confront the threat directly, justifiably confident in their ability to defeat any opponent.

Because they are not killed when a host body perishes, Agents will not hesitate to engage in “suicide” tactics if such actions will help accomplish their mission.

Agents are tasked with keeping the population of the Matrix from discovering the truth. Therefore, they almost never display their full abilities in front of normal people unless they can subsequently eliminate all witnesses. The only exception to this policy is when the Agent is pursuing an extraordinary threat such as a renegade AI or an extremely dangerous partisan.

Because of the covert nature of their mission and their superhuman abilities, Agents operate in groups no larger than a trio.

At the same time, they will frequently used fabricated federal credentials to enlist local law enforcement for support, which gives them greater numbers and allows them more security by letting the humans do the work while the Agents remain in the background as much as possible.

(It’s also possible that the Agents don’t appear in groups larger than a trio because having more than three Agents bending the rules of the Matrix to use their abilities would cause unfortunate side-effects similar to those seen when they make changes to objects in the Matrix.)

While Agents are not very imaginative or intuitive, they recognize the value of such traits. As a result, the Agents frequently sought out Agent Smith (before he became a rogue) for instructions and advice when taking action against the partisans. That’s even though they were nonplussed by his emotional behavior at times.

The Agents could be used as guardians for most any virtual reality in which the PCs find themselves trapped. Characters such as the Flash who can think at Superspeed might find themselves at great advantage in such surroundings.

As entities separate from the Matrix, a covert arm of the DEO could have created the Agents by subverting and cloning a line of powerful metahumans. The Agents are then used to control the metahuman population as much as possible.

In a campaign using mutants like the Marvel Universe, the Agents might be created by the Sentinels to stalk mutants in hiding, using molecular control similar to Nimrod’s to alter standard humans to fit Agent parameters as necessary.

In a mystically oriented campaign, the Agents could be servants of a repressive Lord of Order. They would be trying to suppress more free-form sorcerers such as the partisans from practicing their art. In this case, the Agents’ powers would all be Mystic Linked.

Note:
The Credentials are used by Agents to secure cooperation of human law-enforcement groups in the Matrix without attracting unnecessary attention.

Deeper into the Matrix

DCH players should also check our technical article about The Matrix.

Stats for the first episode

The Agents had received a recent upgrade at the start of The Matrix: Reloaded. Prior to that the Agents only had STR 07, Superspeed: 15, and Martial Artist: 12.

Until someone creates a separate write-up for the Merovingian’s guards, I’d suggest using Agent stats with the following adjustments:

Source of Character: The Matrix, The Matrix: Reloaded (movies). 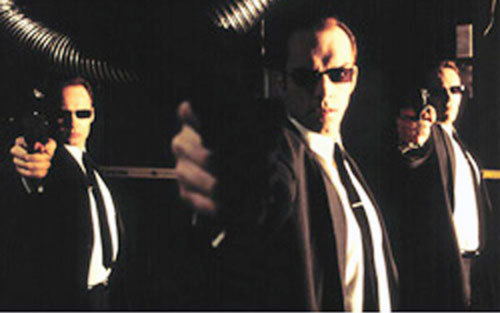 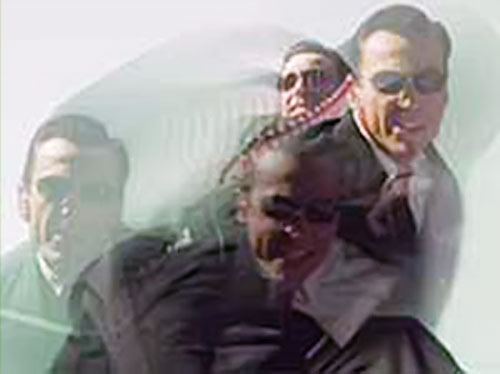