Agrippina seems to be a dangerous melee fighter. She couldn’t threaten Batgirl (Cassandra Cain) — few people can — but was dangerous enough for Cain to order Robin (Tim Drake) not to engage in melee.

She can also emits electricity from her hands. It is unclear whether it’s a natural power or the product of technology.

She seems to have access to massive resources. Her cadres of goons are good fighters and she could afford to buy an entire building as a base.

Agrippina is supposedly a descendant of the Julio-Claudian emperors . Their tribulations are well-known due to the number of classic plays on their lives (such as Racine’s Britannicus ).

As it is well known that the Claudian line ended with Nero , her claims do not seem likely to be true.

Agrippina’s forces were first seen hunting for the eagle standard of the IXth Legion. These are sometimes called the “lost legion”, as they disappeared to the last man in the wilds of Britain during the occupation. The alleged fate of the IXth features in various fringe theories.

According to Agrippina, the lost standard could rally the citizens around her cause. That would make it possible to rebuild the glory of Rome and conquer the world.

Agrippina thought that the eagle standard was held by a member of an American social club, the Club of the IX. These wealthy men had an interest in Roman history, and collected Roman artefacts to decorate their quarters.

Agrippina’s men started hitting IXers around America. One of their victims was a member of the ashram where Green Arrow (Connor Hawke) studied. They also ambushed Jack Drake (Robin’s father).

Connor Hawke) and Eddie Fyers went after the hitmen. In Gotham, they teamed up with Batgirl (Cassandra Cain) to foil the Drake hit. They then located Agrippina’s headquarters, and stormed it with the help of Robin (Tim Drake) and the Spoiler (Stephanie Brown). During the battle, a fire was accidentally started.

Agrippina was last seen playing the lyre in the flames, much like her alleged ancestor Nero was accused of doing.

Agrippina seems to really be in her Ancient Roman trip. Everything around her is themed after an idealised version of Rome. That includes statues of Emperors, replica Roman furniture and gardens, etc.. Maxie Zeus would be so jealous.

Her goal seems to have an ideal Rome rise again. From there they’ll conquer the world and restoring civilisation, which supposedly lost its way in the “Dark Ages” since the fall of the Eternal City.

Agrippina speaks in a formal way, with numerous allusions to Roman life, mythology, etc.. She occasionally hints she has been around ever since the messy fall(s) of the Julio-Claudian emperors. She is highly dedicated to the legacy of her alleged ancestors, and she behaves like an Empress would.

Agrippina : “Then they will join the rest on Charon’s  barge and make the journey to the vale of shades.”
Catafract leader : “Uh ?”
Agrippina : “You’ll kill them, stupid”

The catafracts (usually spelled cataphracts) were the cavalry of the Imperial and Late Imperial Roman Army. They were usually medium to heavy cavalry and thus pretty well armoured. This is also the name of Agrippina’s elite goons.

All of them are well trained in the use of ancient weapons, clad in heavy armour and do not use any gun.

Their archery during assassinations was remarkable. In groups of three, they could shoot a man dead with an arrow each at impressive ranges. But they did not seem to have that accuracy in combat. Maybe Agrippina only has three or four elite bowmen with Weaponry (missile): 07 instead of the Weaponry score below.

There’s very little material, so most stats are speculative. 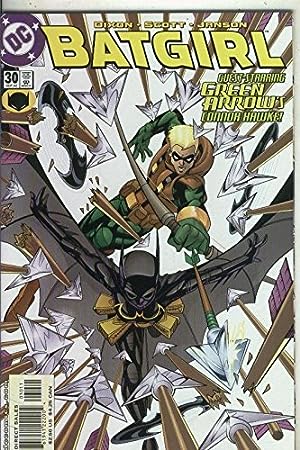 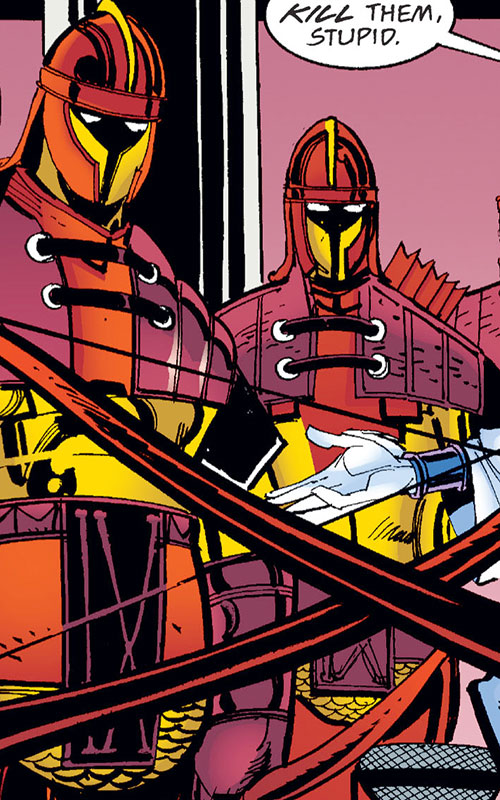