Agron is an energy being from the far future – an immaterial, radiant form flying in the air. It can travel in time across vast eons, but its methods for doing so are unknown. Furthermore, it apparently cannot be done at will.

When it needs to interact with the world, Agron will possess a corpse and animate it. This was extremely tiring at first. Agron experienced long bouts of catatonia as a result.

However, it learned how to animate a human corpse to become a juggernaut. One capable of cutting through S.H.I.E.L.D. infantry and ignoring almost every blow of Captain America (Steve Rogers) and the Falcon (Sam Wilson). He could keep this up for hours.

The possessed corpse could also at this point projects energy blasts from its eyes, hitting like a cannon.

Agron comes from a Death of the Earth -type future. It is an era when the sun is slowly going nova and the moon is going to crash onto a ravaged Terra. In this time the dominant life form, possibly descended from humans, has reached a sort of evolutionary apex. They are now energy creatures.

Agron fled into the past to survive the inevitable destruction of Earth. He reached the mid-1970s. There, its energy form suffused the body of a recently deceased man. Agron spent months learning how to animate the corpse, vibrate the vocal cords, and the like. The concept of physicality was alien to it, resulting in slow progress..

Authorities were at a loss as to what to do with this apparently insane man without a pulse. The corpse was transferred to S.H.I.E.L.D.’s psychiatric section and examined by one doctor Hartman. There Agron eventually learned to speak some English in a halting, exhausting way. Thus, Dr. Hartman pieced together its story of being an energy-based time traveller inhabiting a corpse.

Having seen many things, the doctor didn’t rule out that such a fantastic story might be true.

Agron eventually built up enough strength to fully animate the corpse. It then simply walked straight out of the psychiatric section, bashing down walls and scattering S.H.I.E.L.D. security forces. The Falcon (Sam Wilson) was in the same facility, as he and his girlfriend Leila were recovering from brainwashing. Dr. Hartman enlisted his help to contain the corpse. 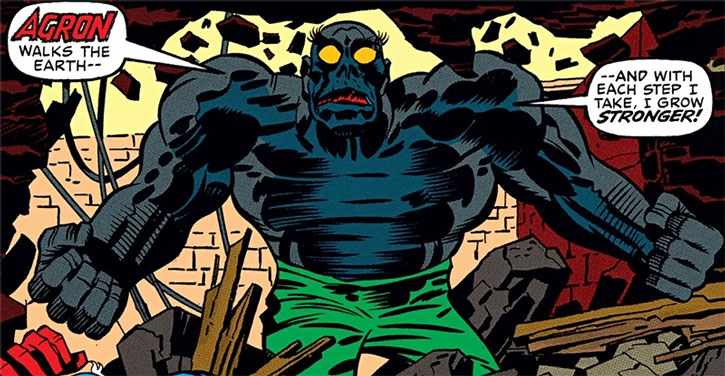 Although the Falcon was blasted back by Agron’s eyebeams, the shock and the sight shocked Sam back to sanity.

Agron ploughed through S.H.I.E.L.D. forces outside the psych section and reached the city. But Captain America joined his partner the Falcon. Though they could only briefly stun the walking corpse, their efforts bought time for S.H.I.E.L.D. troops. More operatives arrived on the scene, with an energy containment device.

Cap and the Falcon tricked the energy Agron out of the corpse and into the device, where it presumably remains imprisoned.

Agron had little understanding of organic beings, although inhabiting a corpse made it understand some of the realities of the physical world.

It seemed to ignore and treat with great contempt the primitive life forms attempting to contain him.

As it sees it, Agron is so advanced that it is entitled to do whatever it wants.

(Throwing an opponent into traffic) “I shall let your own kind crush you, flea ! Your life will soon end beneath those speeding metallic objects !” 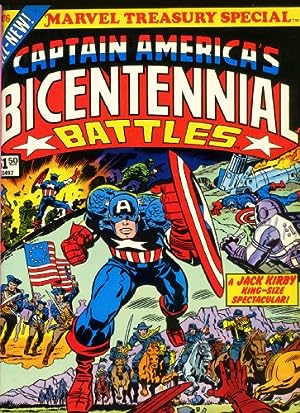 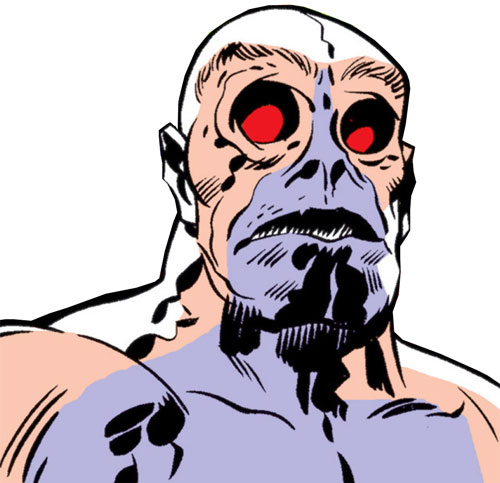 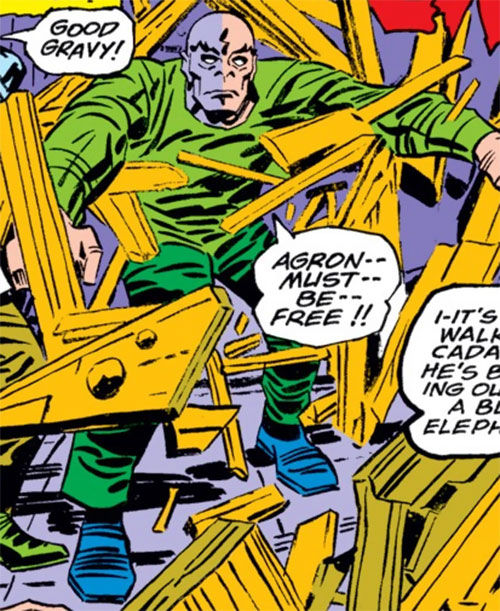 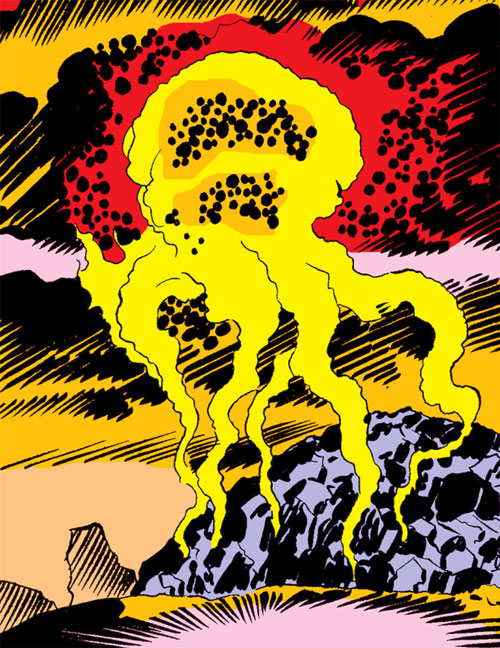