Airk is leader of the Galladoorn army, and a minor heroic character in the 1988 fantasy/adventure movie Willow.

A large muscular man with castle-forged armor and weapons. He’s trained in many weapons from bows to swords.

He’s an adept horseman as well.

Airk leads the army of Galladoorn, commanding between 20 and 50 warriors. Well-armed and armored. But he can lead over 1,000 if a major battle is coming. 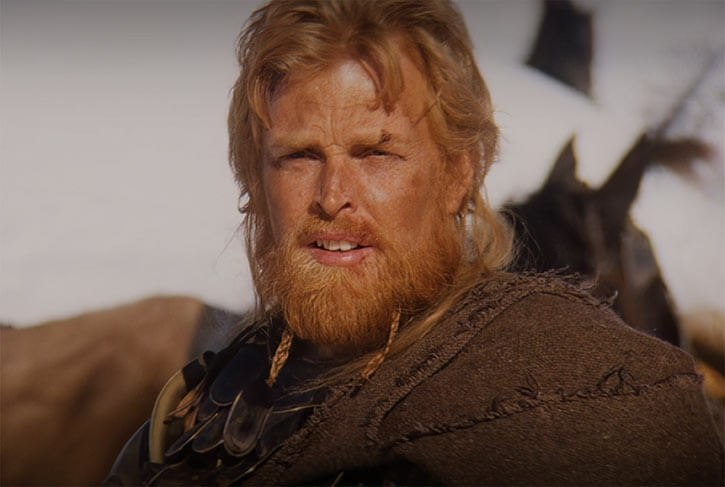 The Nockmaar army destroyed Galladoorn’s castle. Airk led a counterattack but, they were again defeated with heavy casualties.

Madmartigan and Willow first met Airk at the crossroads where Airk left Madmartigan to die in a cage.

Later on, Madmartigan and Willow fled from Kael, Sorsha, and their men. Airk ambushed Kael’s men with his small force, covering Madmartigan’s escape.

Airk tailed General Kael, who was tracking Madmartigan and company to Tir Asleen. They fought hard but Kael himself escaped with the child of prophecy, Elora Danan.

Sorsha then switched sides and joined Airk and Madmartigan. They followed Kael back to Nockmaar castle.

A great storm is coming, but the tide has turned

Airk ordered a siege at dawn. Bavmorda looked down from her battlements and laughed. Then, using her magic, she turned Airk’s army into pigs.

Only Willow and Raziel, who used the Shelter-Chant, escaped her spell.

Raziel used Cherlindrea’s wand to undo Bavmorda’s spell on Airk’s army. All were back to normal, but the enemy was unaware of this.

Willow had an idea to use this to their advantage. 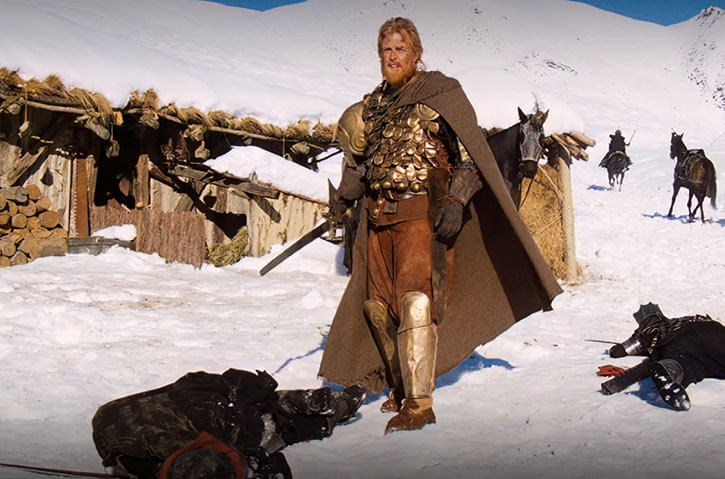 Airk is a huge man, built for battle. His blond hair and beard are long, with portions braided.

Airk will always carry his preferred weapon, a knife.

He always smiles when meeting people he knows.

At some point, Airk and Madmartigan were soldiers together. Something happened to cause a rift in their friendship. Airk saw Madmartigan’s determination to serve no one as a betrayal.

He’s loyal. Even with the castle destroyed, Airk forged ahead, rallying his soldiers to continue the fight… “For Galladoorn!”

Airk is a strong enemy of Bavmorda.

(Madmartigan sits in a crow’s cage. Airk marches his army by.)
Madmartigan: “What are you doing this far north ?”
Airk: “The Nockmaar army destroyed Galladoorn.”
Madmartigan: (Surprised) “The castle ?”
Airk: “Bavmorda’s troops are crushing everything in sight.”
Madmartigan: “Come on. Let me out of here, Airk. Give me a sword. I’ll win this war for you.”
Airk: “Madmartigan. I still serve Galladoorn. You serve no one. Remember ? Sit in your coffin and rot.”

Airk: “I knew you’d get out of that rat trap.”
Madmartigan: “You left me to die, Airk !”
Airk: “I probably saved your life. We were slaughtered and I lost a lot of…”
Old man: “Shhh, quiet.”
(Sorsha enters the building they are hiding in)

Airk: “You always told me you served no one, Madmartigan. Since when are you a crusader ?” (At this, Madmartigan can’t look Airk in the eyes. He turns away.)
Airk: “He’s not going to help you, peck. He’s a worthless thief.”
Madmartigan: “I’m not a thief, Airk.”
Willow: “He’s not a thief. Are you ?”
Madmartigan (stands): “I serve the Nelwyn, Airk. Want to come with us ?”
Airk: “You’ll never make it, Madmartigan.”

“We need towers and a battering ram ! Break out the tents, make camp ! We’ll assault at first light.”

“Come on Madmartigan, you and I are soldiers, you know the peck’s plan will never work.”

“I’ve lost more than half my men fighting Bavmorda. Now you and this peck are gonna take her on ?” 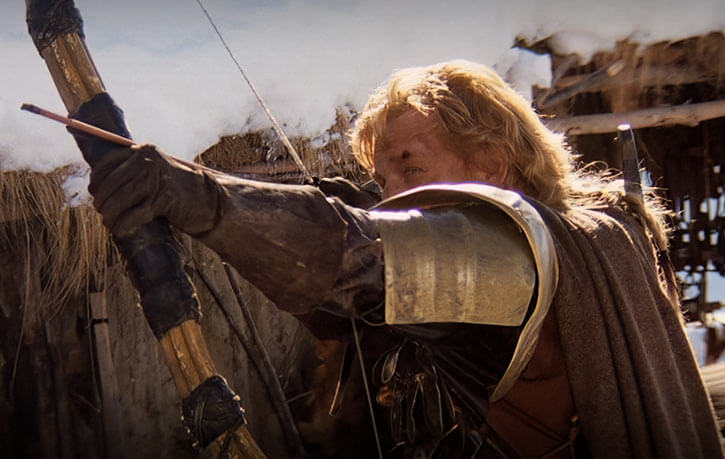 A 280 points Character (Without equipment).

Minor Irrational Attraction to the service of Galladoorn.

Knight and leader of Galladoorn’s army.

Wealth is a total guess. It could be 000 now that Galladoorn is destroyed.

Source of Character: The 1988 film Willow, played by Gavan O’Herlihy  .