Ajax was a character in the Hulk comic book during the 1990s. He’s an operative of the Pantheon, an Ancient Greek-themed secret organisation the Hulk associated with for a while.

These are older technical notes about Ajax, not a full modern writeups.org profile.

Ajax, like the other Pantheon members, is a relative of Agamemnon. He thus enjoys fast healing abilities, an extended life span, and an unique superhuman power.

In his case, he’s monstrously large and strong. Ajax has been known to run through an armour company, ploughing tanks aside as if they were toys. The angrier he is, the stronger he is. Ajax is very emotional and unpredictable, so his strength increases in bursts.

The Pantheon, it is a mysterious, secret community living in a hidden base in the southwestern US. They are basically benevolent and intervene all over the world, but their exact goals were never explained AFAIK (at least back when these notes were taken).

Ajax is 8’ tall in battlesuit, and must weight over a ton. His shoulders, arms and chest are inhumanly massive. His legs, while very powerful, are comparatively short, and his head small. Ajax wears a huge suit of golden armor.

The armour includes a face protection that can be raised or lowered, like a medieval helm’s.

Ajax is fanatically devoted to Atalanta, and follows her every instruction like a dog. He also consider the Hulk to be his friend, because Atalanta told him so. He’s real dumb, too, and speaks very poor English.

Ajax probably got his name from the fact that the historical Ajax, the strongest Greek warrior, was also a giant. But even if the original Ajax was coarse and slow-spoken, he was certainly smarter than his successor.

Just uses the Pantheon as is, with the Martian Manhunter playing the role of the Hulk. The idea is to confront the philosophical/pacifist aspect of J‘onn and the enforcement-of-peace-through-firepower aspect of the Pantheon, to highlight the nobility of the Martian. 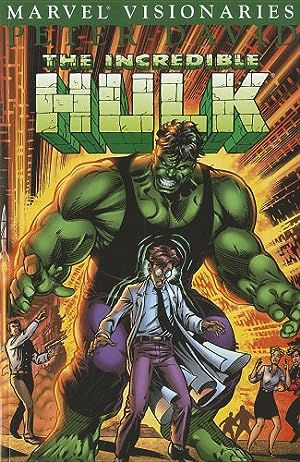 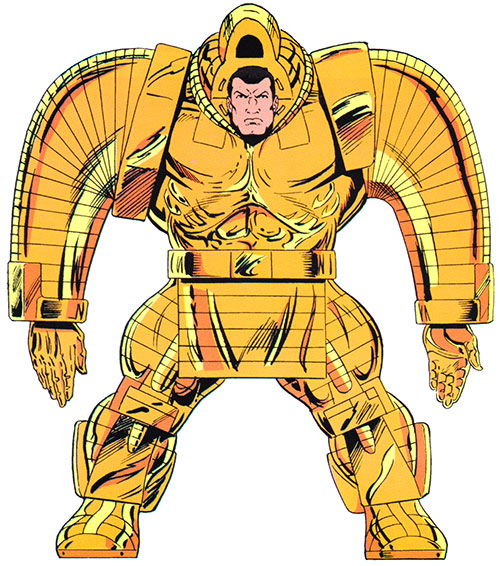