Sanctuary was a successful crime/thriller manga , which ran from 1995 to 1997. It was translated in the US during the late 1990s.

The two young men Akira Hojo and Chiaki Asami vowed to transform the destiny of Japan, by any means. As children they survived the horrors of the Cambodian killing fields  together. They weren’t pleased with what they saw when they returned home to Japan.

They would walk different paths. One would topple the Japanese Parliament to become the President and the other would topple the Yakuza Crime Syndicate to be it’s new Patriarch. How it went should be read in the excellent books of Sanctuary totaling around 3000 pages !

Akira Hojo is a slenderly built man of average height in his 20s. Usually clad in the very best clothing he is extremely attractive.

Hojo gives a very strong impression on people by his mere presence and he’s adored by women wherever he is. Even though he has a strong aura his opponents underestimate his capacities. Seemingly of limitless energy he inspires his surroundings.

Hojo is extremely charismatic. He can sway an opponent into an ally by carefully planned speech and gestures. He is a most excellent speaker and knows exactly how to put each word and how to read people.

Hojo never ever shows excitement of any kind, but instead is always cool, even in situations of violence or brutal death. An opponent has no way of reading his thoughts and his toughness impresses even the most hardened characters.

He always radiates a strong sense of total and cool control, relaxation and physical beauty. His henchmen adore him as do former enemies. Hojo is also extremely persistent and has a powerful will bending for nothing. In other words he is ruthless, but peculiarly at the same time a good man wanting the best for the Japanese people and his loved ones of which only few exist.

He knows exactly how to intimidate an opponent or seduce a woman and always seems to be several steps before his opponents as he is also superbly intelligent. His leading capacity is also excellent and he usually deducts the next moves of his opponents.

He cares deeply about his friend Chiaki Asami and the bonds they share nothing could ever brake. He also has deep feeling for deputy police chief Ishihara.

He is mentally extremely strong and his only weaknesses are his feelings towards Chiaki Asami and to the upholding of the Yakuza honour codes. Although he is ruthless when need be, he also has a big heart and wants every pupil in Japan to have the best of lives. Well… this is a very complex man, even inspiring to read about !

The Yakuza of Sanctuary are very influential which probably wouldn’t fit very well in the normal DC Universe. The Sanctuary characters would probably do best in a no-supers campaign. Using the rules for Yakuza Rank the players could actually play Yakuza members !

The Yakuza of Sanctuary

The Yakuza in the Sanctuary comics are very organized criminal gangs with strong beliefs in Yakuza honour. The country of Japan is divided into geographical areas with one syndicate controlling one area. The syndicates themselves have several thousand members each and are all very hierarchical.

The entire Yakuza is supervised by the Patriarch and each syndicate is controlled by a Don. Under the Dons are the Heads who control City-sized fractions of the syndicate. The Heads are in control of their city’s Gang Bosses and Henchmen. Each big city have local offices for the different syndicates. For details of members in each section, see the new advantage : Yakuza Rank.

The syndicates wage war against each other when one side believes it can win, i.e. the power balance is tipped to one side : bigger syndicates ’eat‘ smaller ones. Each war usually ends with one side surrendering or the leader of the syndicate gets assassinated. Each syndicate always want to increase their syndicates’ prestige and power.

The usual deal also is that the smaller syndicates pay an annual tribute to the more powerful syndicates.

Akira Hojo (At the end of Sanctuary)

Cost: variable
The Yakuza Rank advantage is a measure of the characters status within the Japanese organized crime syndicates of Yakuza. It determines how much power and influence a character has within the organization and how many members he commands over. There is also a limitation on the number of connections a Yakuza member can have.

There are some generally useful connections for a Yakuza to choose from and which are divided into two types : the Yakuza Syndicate connections and the Japanese political/business connections. All other connections not of this type are handled as usual. A Yakuza of a lesser Rank will usually follow the orders of one with a higher Yakuza Rank.

Examples of use: A crime boss of a big city would have this as Watched (Criminal Syndicates, High, City) as the other crime bosses (of the City) would keep a constant (high frequency) eye on the activities of him (Watching only).

A wanted, but very evasive criminal (player character) could have this as Hunted (Police, Med, Country) as he’s constantly being pursued (but not in every adventure is medium frequency) by his country’s (range is Country) law-enforcement agencies (Hunter is the police). 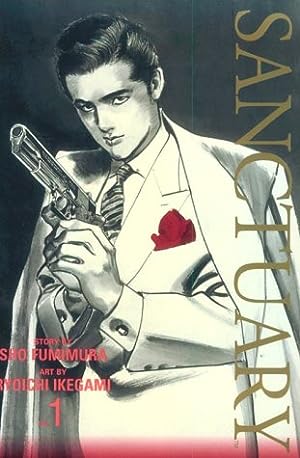