Not much is known about this secret contender in the Street Fighter tournament. All that is known is that he possesses the same fighting style of Ryu and Ken, which is the Shotokan Karate. Not just that, his skills and moves surpasses even that of Ryu and Ken. History believes that Akuma is responsible of killing Ryu and Ken’s master. 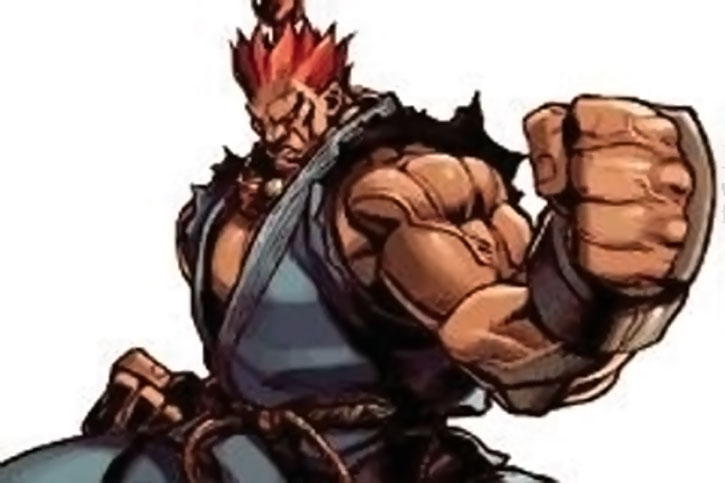 In this, Akuma returns to do battle with whoever qualifies to fight. He has set his eyes on Ryu, as he sees that Ryu has potential to be a great challenge to him when Ryu finally attains his peak. Akuma remains mostly in the shadows of the fights, appearing only to do battle with potential fighters.