Married With Children was a satirical sitcom that ran from 1987 to 1997. The over-the-top humour about a crudely dysfunctional American family was relatively novel back then, and gave the series an eager following. As I see it, it is one of the greatest shows ever…

First and foremost Al has extremely stinky feet and low endurance. He actually used to be a good athlete, but has since passed his prime, grand memories of which linger on and on and on.

According to one story Al has really bad sight and goes around seeing the whole world in a fog (to his delight since then he doesn’t have to see his family members). But this doesn’t seem to have an effect most of the time.

Further, Al has the power to overflow any toilet that he uses. He actually has two real curses: bad luck (all Bundies) and bad foot odor (just him).

He can survive incredible injuries including:

Al also has an encyclopedic knowledge of sports trivia. This usually demonstrates how he has little interest in anything else. His greatest asset, despite being pretty much an idiot, is that he is very stubborn and driven in his ideas, which sometimes results in success.

Al is gifted at coming up with insults, as this compilation demonstrates.

“It used to be so great to be a man. Women were there to please us. They’d look after the kids and we go out and have a good time. That’s the natural order of things.”
– Al Bundy
“You’re in No Ma’am’s land now, baby. So let’s set the record straight. You need us jar-opening, oil-changing, spider-squashing, furniture-rearranging men a lot more than we need you [women].”
– Al Bundy

No Ma’am is a group name derived from National Organization of Men Against Amazonian Masterhood, the ideology of Al and his buffoon friends. They regularly meet in Al’s garage and vehemently oppose feminism and otherwise waste lots of time on idiotic plans, drinking beer and visiting the nudie bar.

They partly have meetings often to have an excuse not to spend time with their respective wives. The members, in addition to Al who is the president are: Bob Rooney, Jefferson D’arcy, Mr. Anderson, Officer Dan, Ike and Griff.

The group’s official beer is “Girlie Girl”. Despite its name there probably never were any chapters in other cities. 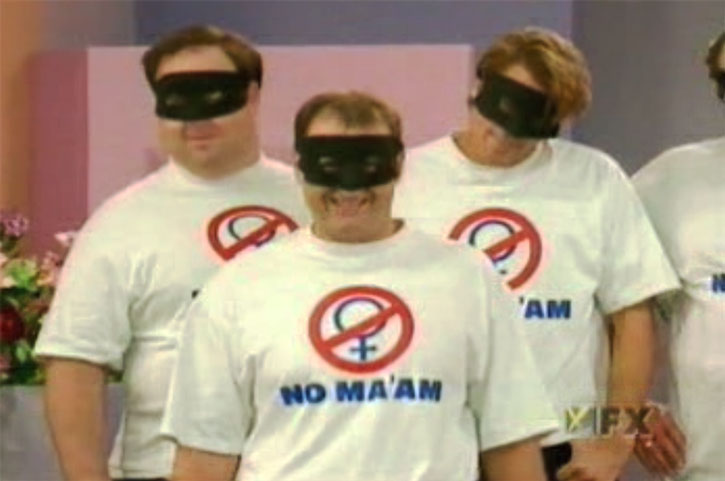 Al received “10” commandments from “up high” for the organization, which shows the depth of their focus, dedication and ideas:

The group actually was a registered church for a while in order to get funds. But that scheme failed miserably as Al himself wasn’t following their edicts.

Al Bundy is a stereotypical American white male who used to be athletic.

Al Bundy is extremely sarcastic. He does, in fact, love wallowing in negativity and self-pity, and it’s a life-style for him. He is unhappy all the time and often toys with the thought of hanging or shooting himself, but that’s more like a fun game for him.

He insists on telling his family about today’s misfortunes and fat women every day he comes home after work.

He is reknowned for his bad hygiene and takes pride in showing his booger or ear wax catch to his relatives and friends. He takes a shower once a month or so and baths once a year. His foot odor is strong enough to provide fuel for aliens’ spaceships!

And he will not have sex with the wife, although he is shown to have a particular fondness for her breasts, which she refers to as “the guys.”

While he may claim to hate his family too – he has many nasty nicknames for them all – the truth is that he would miss them deeply, and that he genuinely cares for his kids, Bud, and in particular Kelly (who is Daddy’s girl), and at least to some degree his wife Peggy too (even if she is also a leech).

He likes the dog, Buck, too, even if it also gets its shares of insults and nicknames. A show of affection (and fun) is that he regularly beats up Kelly’s dates (by smashing them against the stairs, the wall and the door before throwing them out).

Another proof is that the family always stands united against outside ’threats’ (and goes ’WooooOOO, Bundy!‘ nonetheless, a symbol of a strong, united family, which he likes!). Still, perhaps as a personal joke, he sometimes forgets the names of family members.

Outside the family his friends, who he would cheat at every possible occasion, are his neighbor, husband of his nemesis Marcy D’arcy (or “the chicken” as he sees her) and scheming partner Jefferson D’arcy (actually secretly an accomplished ex-spy) and the members of No Ma’am, his personal outlet for misgivings about the world.

Through the organization he also gets to fight feminism and to teach about how he strongly opposes all aspects of marriage (since it ruined his life). 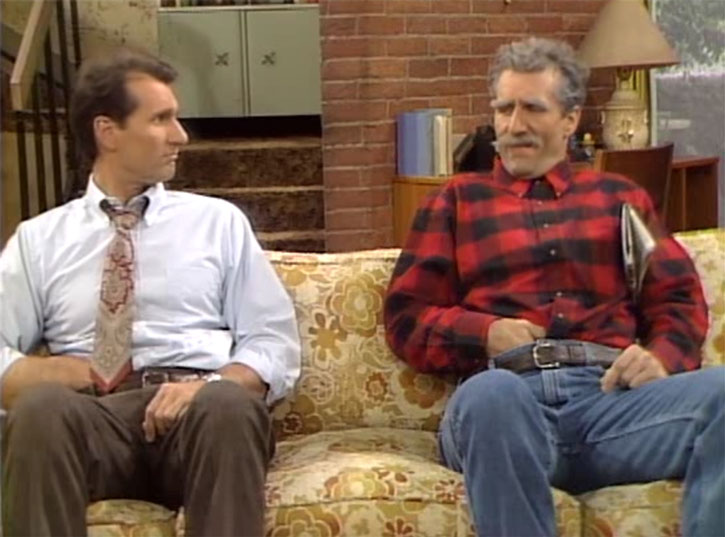 His only pleasures are watching the TV (and in particular the show Psycho Dad and classic Western movies, including Hondo), often just flipping through the channels at rapid speed. He does, in fact, get anxious if he doesn’t have access to the remote control (he refuses to change channels manually).

While watching sports and adult movies on television, his right hand is tucked into his waistband (he switches to his left hand on Sundays).

Other popular past-times are visiting the nudie bar with his buddies (and reading, or, rather, watching his Big ’Uns magazines), as well as playing baseball and bowling. Al also really likes rock music and fishing, but alas has little time and opportunities for such niceties. Very often his family will meddle with his hobbies and ruin it for him one way or another.

And yeah, he likes to go to the bath room, which is sort of a ritual for him, and he somehow overflows the toilet wherever he goes too. Family barbeque or a longer trip is a tradition on Labour Day.

Al is also very patriotic, but doesn’t have a racist bone in his body. He is always hungry, and apparently can survive without eating, but not without feeling hunger. He regularly searches the house and the neighbors’ trashes for food.

The only time he eats is practically when Peggy bothers to order him a pizza since she herself never cooks and probably doesn’t even know how to use the ’big hot thing‘.

His favorite ’foods’ are beer, pizza and peanuts. For some reason he won’t order food, go to a restaurant (ok, that’s due to lack of money!) or himself cook something; maybe he sees him as being the household provider as being enough. 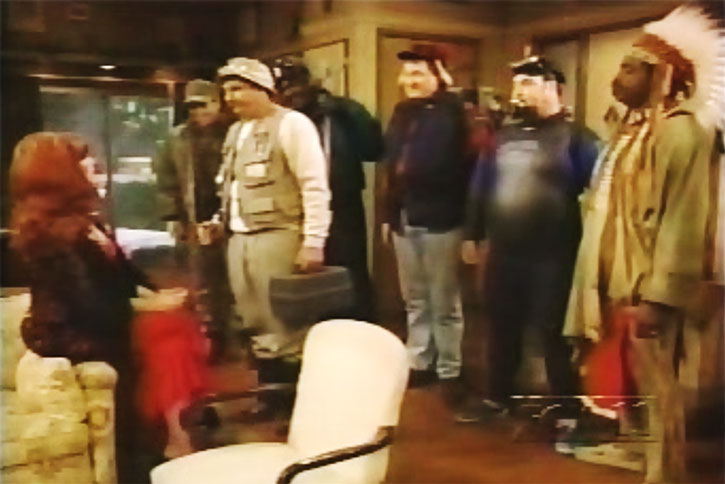 Al often remembers and longs for what he believes were his glory days, namely his freedom in college and the various school sports games. He is very good at remembrance to everyone’s dismay. He is, in fact, a poor looser and a poor winner. Money and power change him completely to become even more unbearable.

He can be quite sentimental about sports (which he knows really well), music and movies. He is utterly convinced that his life would be top-notch had he not married and gotten that shoe salesman job. What remains now is to wallow in it.

While working as a shoe salesman, apparently the lowest of jobs, earning next to nothing, he also hates and fears feet. More that that, however, he hates fat women and insults and ridicules them any way he possibly can.

Al has no concept of morality or ethics. Always looking for a good idea, he likes to cheat anyone (including family members) at absolutely everything. After all, it’s cheating only if you get caught! He has often attempted to hide some of his income and money, but the family members always sniff it out taking all that he has got.

He also steals at every possible occasion. He will cheer on family members who have managed to do the same too. Chicago has started to know him and won’t accept checks from this man. Neither is he allowed to participate in radio shows. Whenever the media has reported about some of his antics he is called an international hooligan.

Redeeming qualities? No, not really. Ok, he is stubborn, does that count?

(About his wife) “I can’t sleep with that damn woman in my bed.”

“It’s no use. I know that sound. It’s a death rattle. I make it myself every morning.”

“Now, Peg, I’ve got a year’s supply of my favorite mock-food [weenie tots]. It, like me, is hiiighly unstable.”

“Gee, Peg… I don’t regret not having gone to college. After all, I might not have married you. Then what would have become of me ? I would probably just have lived an empty meaningless existence ordering hookers and pizza ’til I dropped dead. With a slice in my mouth and a greasy hooter in my hand.” 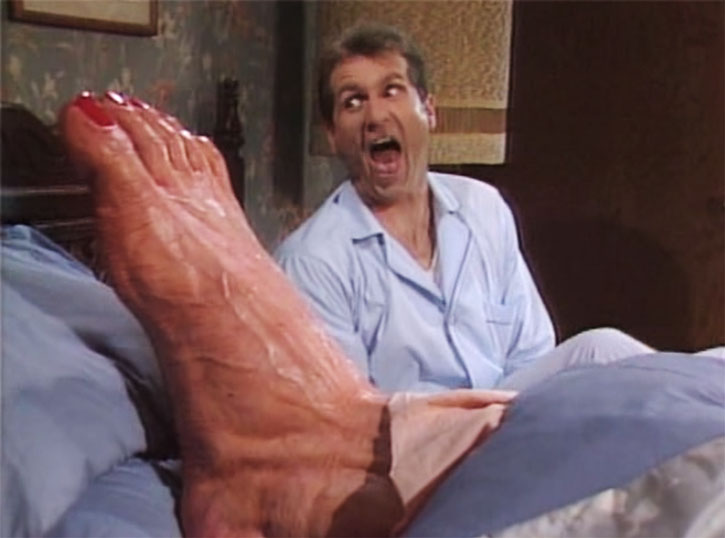 “Now wait a second. My pretty teenage daughter with the brain of a fruit-fly earned a thousand dollars in three nights. Should I be worried ? Nah.”

“Congratulations, Peg, you just won a trip to Disney-fist !”

“It’s cheating only if you get caught.”

“Well, that ought to throw some dirt in my face. Everybody, I have an announcement : your happiness sickens me. Everybody but me is looking at good times. But for me it has been one continous year since I got married. Actually one long month : Helluary. But I’m not bold enough to expect happiness – I know that wasn’t meant for me. But what I want one time in my life is for something new to happen to me… something special.”

[About aliens] “Look, you’ve got to believe me ! They came in here, they took the socks off my feet, they measured my head, and then went through the laundry basket, and took the socks out of there ! Does that sound like the ramblings of an idiot ?! Ask Buck (the dog), he was here !”

“Gee, officer, if I thought that my wife was missing would I be in this bar drinking a beer ?”

Well, here is a really dark twist for using Al in a campaign: turn him into a zombie. He expects death to be a liberation from all of the bad things in his life, but denying him that is just too ironic.

He’d make for an excellent nagging zombie in a campaign like Marvel Zombies done the DC way, and, of course, ironically and fittingly, his first act would have been to eat up everyone in his own family (turning the parasites around by eating them and finally getting some food!).

Then, if he is ever destroyed as a zombie, just after he has realized that he now finds feet delicious, he would thank the assailants for finally setting him free.

Notes:
Al thinks that he has many APs of Acrobatics (Climbing), Gadgetry (Build Gadget) and Weaponry (Firearms), which he certainly doesn’t and which will lead to disastrous results. However, he has actually managed to use Unskilled Gadgetry well at least thrice. In younger days Al may have had one more AP of DEX and Acrobatics.

Drawbacks:
Archenemy (Marcy Rhodes/D’arcy – leader of Feminists Against Neanderthal Guys (F.A.N.G.)), Debt (+1), Married, MIA (Insulting fat women and telling jokes about them). Bundy also has a special version of Creepy Appearance & Socially Inept – he has such strong foot odor that if he ever removes his shoes he will temporarily suffer the equivalents of the Creepy Appearance drawback and socially Inept drawbacks to all his personal interactions, and people will object to the very offensive stench around), Unluck (x2). 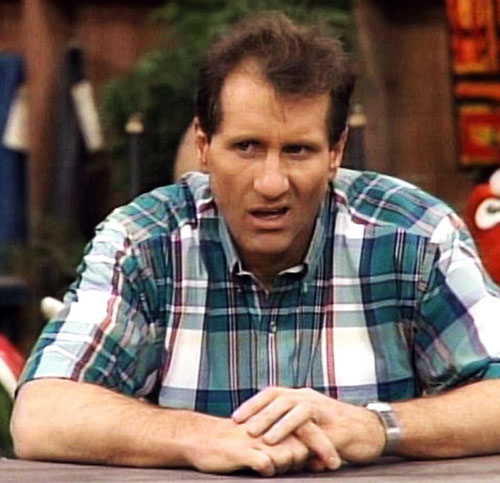