“It’s like he knows where we’re going, what we’re thinking.”

The plot is about two brothers – one was framed by a conspiracy, and his gifted sibling deliberately gets imprisoned to organize a daunting escape.

Much of the show is about prison life, with a large cast of of oft-dangerous convicts. Mahone, however, is a super-cop… albeit he has some hidden problems.

It’s finally a writeup where I can put my scientific skills to some use. But, unfortunately, I don’t have access to chemical databases to properly research the effects of Veratril, the drug that Mahone uses. Although I could well speculate on the biological effects, I choose to make do with only what effects we see in the show.

Mahone is a very capable field agent. As such he has a large number of useful skills including marksmanship and interrogation. He is also an unarmed combatant of considerable skill.

He has a stunningly brilliant, thorough, deductive and investigative mind. He is capable of solving crimes from angles nobody else has even considered, often even managing to stay one step ahead of the fugitive he is hunting down. His thoroughness and excellent investigation skills allow him to extrapolate the fugitives’ location.

The ability of Mahone to move from various locations to where he suspects the fugitives to be heading next in a very short amount of time appears near magical or like teleportation. In DC Heroes terms, he uses Skilled Synchronicity Sense to appear at the right place at exactly the right time (i.e. where he needs to be). All in all, he is your regular super-agent.

Mahone consumes large amount of Veratril – see the game stats for the details and consequences of his drugs habit.

Mahone is a veteran agent clad in a suit (as portrayed by William Fichtner). He is energetic, brilliant and often steps ahead of anyone else in thought and action.

He is often seen in the field with his service pistol drawn and ready.

Official (I think) promo/trailer video for the first season of the show.

Agent Alexander Mahone is a serious and intelligent FBI agent. He used to be a family man, and a capable agent, always getting his fugitive. He has a sense of right and wrong, but too often had to cross that line to get work done. Eventually he came upon an unsolvable case, the case of Oscar Shales. 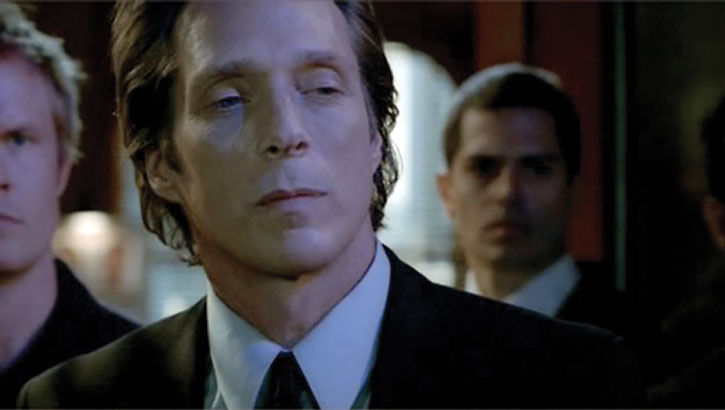 Shales beat him at every instance always staying a step ahead. Mahone became increasingly anxious and stressed with each crime committed by Shales, the eternally evading enemy. Mahone started to live for his work, spending every hour manhunting. Shales had to be stopped at any cost.

When he eventually found Shales he felt that Shales had to be permanently stopped, and so killed him, despite Shales begging for mercy. He hid the body in his own backyard, which created further agitation.

He divorced his wife, although he still loved her, out of a sense of duty and to hide the truth. The act had felt really good, but it was tainted by a strong sense of guilt.

The stress had taken its toll and to get rid of the stress and guilt he had to resort to taking drugs to stay alert and focused. He felt that to use Veratril, a more expensive drug, didn’t make him into a drug addict, but he’s wrong at that.

The addicted Mahone now lives completely for his work. Privately he lives a lone wolf life and has trouble sleeping. He has been promoted to team leader, and has quite the reputation. His results are most appreciated by his co-workers (if not his manners), and feared by the fugitives being hunted down. He enjoys the respect he gets as if it were his natural birth right.

He spends seemingly every hour working, and energetically follows any lead he may find. Being the best agent he expects colleagues to follow his every order. Continued drug abuse eventually allowed him to forget about Shales (in DC Heroes terms he temporarily lost his Guilt drawback during this time).

Every hunted criminal is outmatched with deductive brilliance and almost precognitive skills.

The skill Mahone shows in his work is portrayed through his constant movement from his office to the field, but is rarely featured in his home. He clearly is frustrated and agitated when a fugitive outwits him.

For example, after Michael tries to fool the authorities by faking his own and his brother’s deaths, Mahone refuses to believe it and shouts at his subordinates to keep searching for the 2 fugitives. 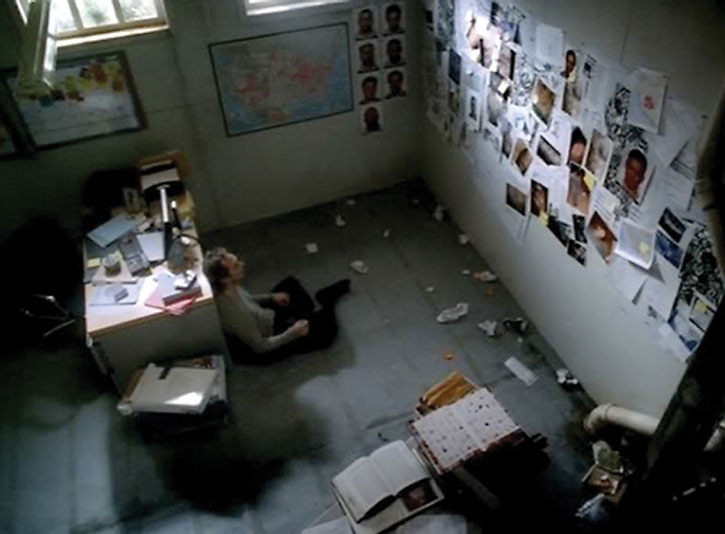 Apparently, he demands perfection in himself and his colleagues to gain a sense of control over his life and actions. Although brilliant, Mahone has clear flaws and psychological problems.

When facing the hard case of the evasive Fox River 8 fugitives it brought back the memories of Shales. Mahone quickly proved his status as a capable adversary against Michael Scofield when he discovered the secret of his tattoos and profiled Michael’s meticulous scheme while combing through his former apartment.

His first step in cracking the code lead him to the location of Michael’s supplies stockpile just moments after the fugitives have excavated it. This demonstrated Mahone’s intellect, and his analysis and interpretation of his surroundings which appears similar to Michael’s. In a manner, Mahone is Scofield’s arch nemesis on the other side of the law.

Although Mahone wants to follow the law, he was blackmailed by the Company  into ruthlessly executing any and all captured fugitives. He did so and further lost a piece of himself with every murder. He knew that he was guilty and felt that he really deserved punishment and probably belonged in prison. Oh how low the mighty have fallen.

Later on, having lost everything, and being unable to return to the States, his main goals would be to preferably stay alive and free. So he reluctantly and ironically chose to join the Company.

His hidden ruthlessness and willingness to commit murder in order to preserve his life was more clearly shown when Michael asked if he would kill two innocent men to “get his life back”, and he replied, “Absolutely.”

However, even though Mahone would kill innocent men to protect himself, he does have remorse over it. This is evidenced when he killed fugitive Tweener.

Before the kill he told Tweener that he had earlier told a half lie about Oscar Shales. When Mahone first talked to Tweener he told him that he never caught Shales, but he did tell him about the drugs. Before he shot Tweener he begged for his forgiveness.

Mahone’s anxiety is especially evident when he reaches for his Midazolam pills hidden inside his pen. When Mahone runs out of his pills, he is highly tense and easily agitated. The actions that Mahone takes are affected by some of the things that Mahone has in the back of his closet – and in the back of his mind, the voices he is hearing about his own life.

Of course, although Mahone showed his reluctance to kill all the fugitives as ordered by Kellerman, he complied when Kellerman threatened to expose his secret about Oscar Shales. Mahone was further unnerved when Michael turned the tables and found out about the fugitive, Oscar Shales, who he had killed and buried.

His paranoia about the murdered Oscar Shales buried in his yard lead him to excavate the site and put further pressure on him. He often seems to be on the edge of a nervous breakdown. His life is becoming more and more of a gray zone.

“There’s one big difference between you and I, Michael. You just proved it. You can’t kill. And that’s what it’s gonna take to stop me because I don’t have the same reservations.”

“If there were any of it (justice) left in this world, you’d be lying face down in the same grave as the rest of your inbred family.”

[Consoling Scofield who just had to kill a man in self defense] “It never gets any easier.”

You will know synchronicity

The description of Synchronicity Sense, a Mystical Power with BC 5 and FC 1, is found on page 104 of the Sidekick Sourcebook.

Mahone lives an intense life and regularly uses the illegal drug Veratril to calm down. Veratril, a trivial name, is also more properly known as 1,2-bis(3,4-dimethoxyphenyl)ethane-1,2-dione (basically a bensil-derivative). Other sources have him using either a benzodiazephine or Midazolam.

Whichever he is using, all of these drugs are supposedly relaxants and tranquilizers. With the drug he is capable of long periods of intense physical and mental work without fatigue and tiring down (in DC Heroes terms, he has 1 AP higher endurance while periodically using his drug).

When under great pressure he will take a couple of pills of the drug every day. He has a special pen where he stores his pills for easy access. When running out of pills, he drops everything else and hunts down his supplier for a quick deal, before continuing with the case.

Without the drug he will begin to feel severe withdrawal symptoms: he feels nauseous, anxious and jumpy for a couple of days during which he jumps at colleagues (at those times all his Mental Actions, including Skill rolls, are at a -1 CS Penalty).

Later, he will start to hallucinate, hearing the voices of those he has unjustly killed before (suffering further by the full effect of his Guilt Drawback).

When suffering most he also has the equivalent of the Serious Psychological Instability drawback, and is shaking violently. Needless to say, all of this tends to make him rather paranoid and somewhat afraid of going without the drugs. His drug addiction is pretty severe, and he will eventually succumb to using other calming substitutes, such as heroin, if his standard drug is not available (like in a prison).

Such substitutes will not give him any other benefits except keeping away the withdrawal effects.

However, only Veratril seems to address the psychological condition for which he started to take the drug in the first place – that’s why he needs exactly this drug so bad. When he realizes this he will quit any substitute drug he is using fast and easily.

Once he has overcome withdrawal symptoms, either by taking a substitute drug, or by waiting out the shakes (although Veratril might takes months to get out of his system completely), he will function normally again, at least for a while. 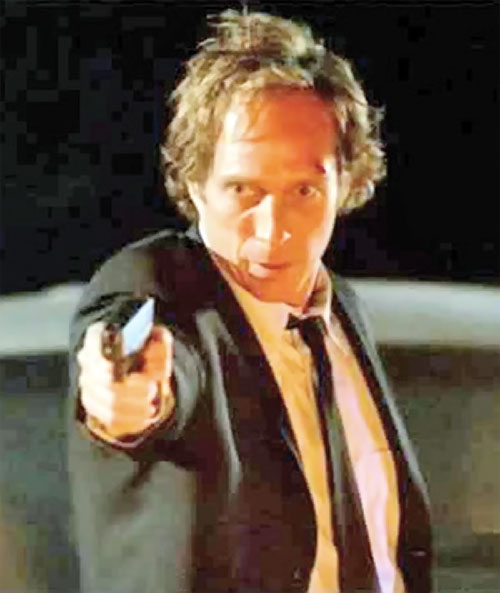 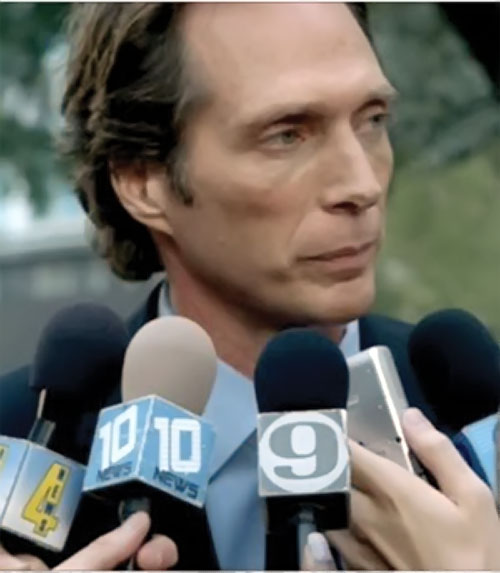 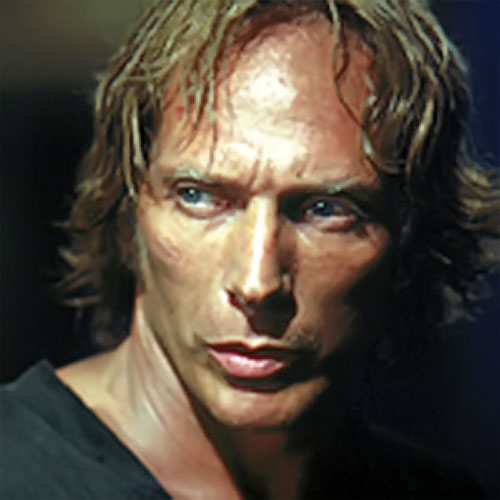 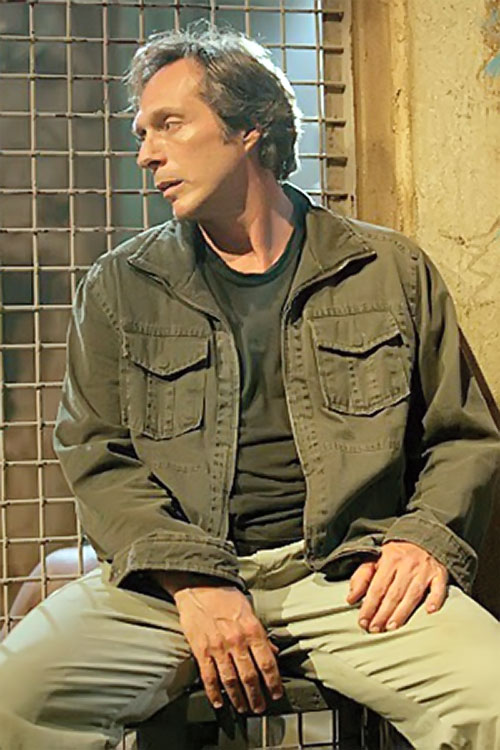