Luthor had no super-powers, though he once obtained the Powerstone, which enabled him to fight Superman with similar powers. For the most part, however, he relied on his fantastic genius, which he used to create all sorts of incredible weapons.

No one ever battled the Earth-2 Superman so often, or came as close to defeating him.

Since Earth-2 had relatively few super-villains, Alexei Luthor was indisputably the most infamous opponent any hero could have to face. He was worse even than the Ultra-Humanite. His genius and ruthlessness were without equal.

Alexei Luthor’s origins are unrevealed. Even his nationality is uncertain, since he first appeared in Earth-2’s Europe when war had broken out between the postage-stamp nations of Galonia and Torsan. He used his scientific genius to sabotage a peace conference, and then planned to involve all of Europe in the conflict.

However, Luthor was stopped by Superman, who destroyed several of Luthor’s followers in doing so.

Luthor returned many times, battling the Man of Steel with his fantastic inventions. Eventually, he was placed in the same prison cell as Dan Rivers.

Rivers was a small-time crook who had been running a racket as a fake fortune-teller. Yet he seemed to be able to hex Superman because the “gem” in his turban was really Kryptonite. Tracking down this, the first example of the mineral he ever encountered, led Earth-2’s Superman to discover his origins.

Using his super-breath to get rid of the turban, Superman arrested Rivers. Later, Rivers tried to expose Superman to Kryptonite but failed. No one would believe the green stone was deadly to the Man of Steel – no one, except Luthor !

Luthor finally discovered a Kryptonite meteor entering Earth’s atmosphere. He tracked it down. Then he used it to expose Superman’s weakness to the world – although the Man of Tomorrow escaped death.

In 1982, Alexei met Earth-1’s Lex Luthor. Their plot resulted in Earth-Three’s Luthor becoming that world’s first super-hero. They latter crossed paths during the Crisis on the Infinite Earths, as they were among the villains gathered together by Brainiac.

Luthor was angered that Earth-1’s Lex Luthor was made field commander. But Brainiac, in reaction to his anger, coldly killed him.

A role-model for mad scientists everywhere, Alexei Luthor is forever trying to gain world domination. He’s shifty and untrustworthy, with no regard for human life and no hesitation when sacrificing his henchmen to make his escape.

Although he usually expect Superman’s interference in his schemes, he rarely seems able to devise an effective mean of dealing with the Man of Tomorrow. This knack for underestimating Superman is usually his downfall.

“My genius is far greater than his ! You don’t need him !”

Equipment:
Luthor is the father of the Gadgetry skill, and will likely have one or two Omni-gadgets (any class, 14 APs) on him – say, his latest super-weapon and a backup gadget. His most powerful piece of equipment ever was the Powerstone [BODY 17, Power drain 28, Omni-Power 18].

These stats are on a post-Crisis scale, even though he died during the Crisis. See the FAQ for more.

Compiled by Sébastien Andrivet (from the Superman sourcebook). 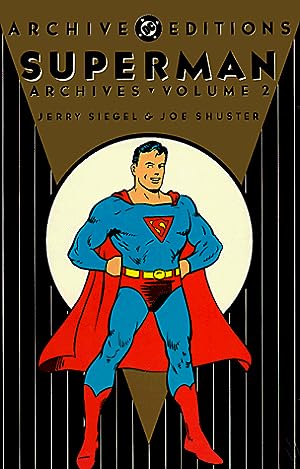 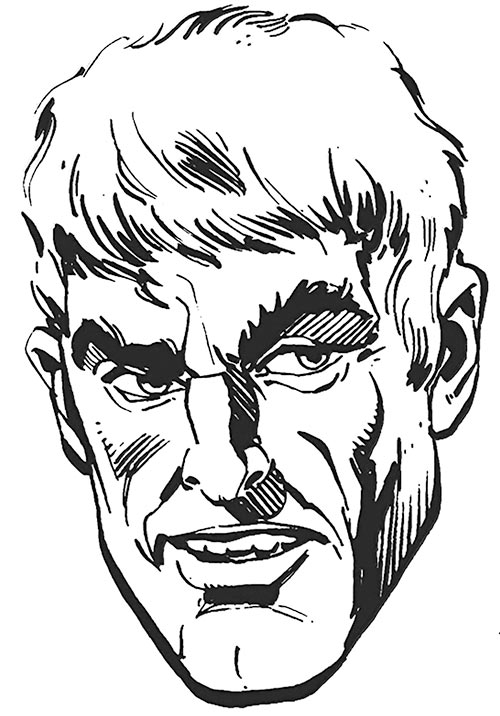