Alicia is a highly trained killing machine from the far future. She has been cyber-augmented.

This is in addition to her intense physical and mental training to be the ultimate warrior her era can produce, a member of Imperial Cadre. Alicia has been trained as an NCO and later an officer in the leading of troops.

Furthermore, she has a suit of cyber integrated armor. It is the best that the empire can produce. A trained Cadre solder in power armor  can be expected to fight a dozen of any lesser foes with ease. Alicia is among the greatest to ever wear the armor and has successfully fought over 100 to one odds and succeeded.

After leaving the Imperial service Alicia became bonded to a psychic entity. It may be an Ancient Greek spirit of vengeance, Tisiphone. Tisiphone had psychic powers. She can use those on Alicia, or to aid her. As a spirit, she has to use Alicia’s nervous system to interact with the world.

Alicia and Tisiphone later become bonded to an AI space craft named Megara. Megara is a warship of massive speed and ability. In combat she is one of the most impressive ships in the sky.

The three have varying abilities to function apart from each other. During parts of the story they are nearly the same being. The three entities become bonded and are in permanent telepathic communication.

Alicia is death on a stick. In her combat armor or street clothes the slim woman screams “danger” at anyone who engages her. She is beautiful in the way a dagger can be.

Alicia is a soldier all the way down deep. She believes in her nation and the Cadre strongly enough to give her life up for them. Killing thousands in the pursuit of a good cause is no problem for her.

Later after the murder of her family she becomes vengeance obsessed. She will stop at nothing to avenge them.

Megara becomes her near psychic clone. The AI is like a rational older sister with cannons.

Tisiphone (who claims to be a 4,000 year old Greek Fury) is manipulative, condescending and deadly. She will use her powers to plot for long periods. When she acts, it’ll be whatever vents fury best.

Alicia and her “sisters” are clearly established as sci-fi characters. But they could be used in some super-hero settings. Alicia is powerful enough, especially with her sisters’ help (orbital bombardment any one?) to play with the big guys.

Have her seeking vengeance against someone the characters need to protect or as an ally with an FTL  drive to get them off planet in pursuits of a greater mission.

Bonuses and Limitations:
Range of Interface is touch and requires compatibility with her implants.

Drawbacks:
Power Loss (all Powers) if her cybernetic systems do not receive monthly maintenance ; Misc. If Alicia is incapacitated and her autonomic systems determine that there is an attempt to interrogate her chemically or interfere with her cybernetics they will self destruct (Heart Stopper).

I have used a couple of my house powers and advantages. I have done my best to detail them below if I miss one let me know.

A character with this advantage can literally to their own heart. The largest use for it would be the ultimate way to avoid torture. Usually this power is combined with some form of invulnerability or else it would be a single use advantage.

A Will force Weapon is the will of the character given physical form s a weapon.

When a player picks Will force Weapon s/he must decide on a melee weapon manifestation (katana, brass knuckles, whip, mace etc) that I will take. When the power is used a seemingly solid weapon will appear in the user’s hands.

It may have unusual or seemingly impossible characteristics such as being made of ‘cold light’ or like its surface is constantly flowing. It may appear to be flaming or as a hole in space. Once a weapon’s form is set however it is fixed.

Dakkon of Torment has this power.

Source of Character: In Fury Born by David Weber. 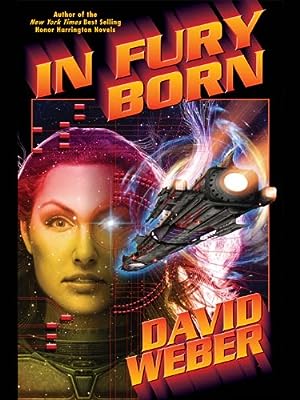