Alicia Turner is talented in many scientific and technical disciplines, particularly bio-mechanical engineering and computer sciences.

She possess some minor mental powers, though it is unclear how she acquired them.

Alicia was a brilliant engineering college student. Her academic excellence at MIT  brought her to the attention of the intelligence community.

After graduation, she was hired by Genewerk, a Silicon Valley bio-tech lab. There she became one of the nation’s leading theorists. Her best-known study was the examination of the linkage between psionic  powers and quantum mechanics. Her own psionic powers may come from revelations about her own potential she may have made through her research.

John Lynch first recruited her into IO as a civilian research specialist, then as a full IO executive. Her career at IO was just as stellar as her scholastic record. Excelling at every task put before her, she rose quickly through the ranks. She now holds the position of Sci-Tech Deputy Director, the one vacated by Ivana Baiul when she became IO’s director.

Though she arrived after the members of Team 7 were exposed to the gen-factor, she was there before they fled IO. Indeed, her talent for psychiatry, paired with her rising powers, was the main reason the survivors didn’t turn completely insane, particularly Cole Cash (aka Grifter). For that, they owe her for a lifetime.

She remained faithfully by Lynch’s side, as one of the top executive of the Psi-ops branch. She provided him with her expertise about the many extraordinary events they witnessed (the rise of the WildCATs, the Daemonite threat, the Kindred…). But when he finally turned his back on IO, escaping with the Gen 13, she decided to stay with the organization.

She’s a brilliant mind. Very humanist, she likes to live by her engagements (toward IO, toward her friends).

In the DCU, Turner would work closely with the DEO. 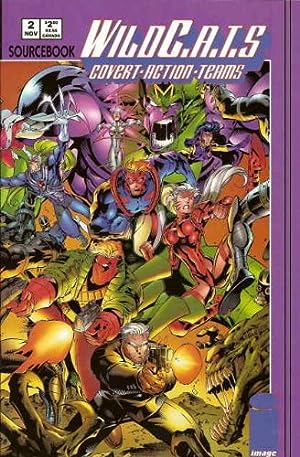