Due to the mix of human and alien DNA, Ripley’s Eight clone:

She’s also a good soldier and a natural survivor… and surely the only expert in Aliens alive (more or less).

Ripley 8 was created on a corporate space station. She was part of an illegal corporate/military experiment to recreate the alien predators and use them as weapons. As her numeral indicates she was the eighth attempt at a working clone.

She was the first truly viable product of the original Ripley’s alien infected blood. As such, she was somehow used to create a new Alien queen. Because of her part-Alien nature, she paradoxically had the memories of the original Ripley (the aliens having an “ancestral memory” ability that let them learn from their predecessors and the hosts they implanted). 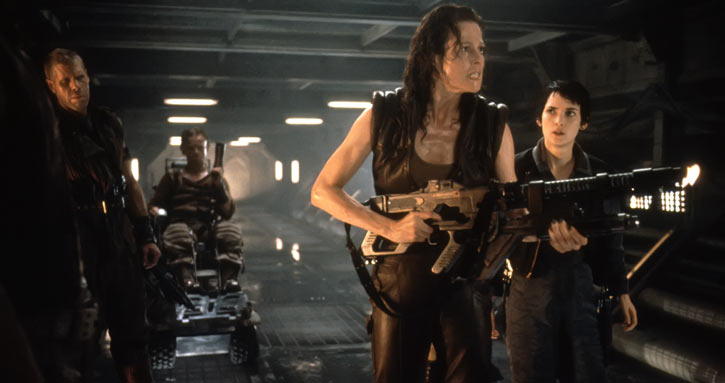 Kept in confinement, she had nothing to do but exercise. That lasted until space pirates arrived at the station with a hijacked shipment of colonists. The latter were to be used as part of the Alien breeding program. As the Aliens inevitably escaped, Ripley teamed up with the pirates and an idealistic amateur crusader to destroy the Aliens and escape the station.

It seems likely that since she is the only surviving person who can pilot their ship, that she will go on to set herself up as a somewhat crooked merchant captain. But any time that there is another alien outbreak, you can expect Ripley 8 to turn up and do everything she can to destroy her children and cousins.

She wears the most comfortable clothes she can find, taking by “comfortable” whatever allows her to survive the better.

Ripley probably would fit into the expanse of history between the 21st and 31st centuries, well before LSH. She may very well be physically unaging though.

Ripley : “There’s a monster in your chest. These guys hijacked your ship, and they sold your cryotube to this… human, and he put an alien inside of you. It’s a really nasty one. And in a few hours, it’s gonna burst its way through your rib cage, and you’re gonna die. Any questions ?”
Purvis : “Who are you ?”
Ripley : “I’m the monster’s mother.”

Dr. Wren : “I think you’ll find that things have changed a great deal since your time.”
Ripley : “Oh, I doubt that.” 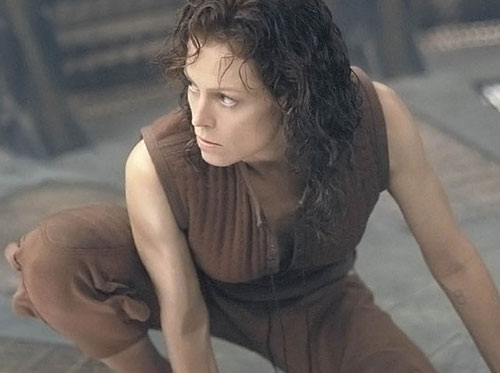 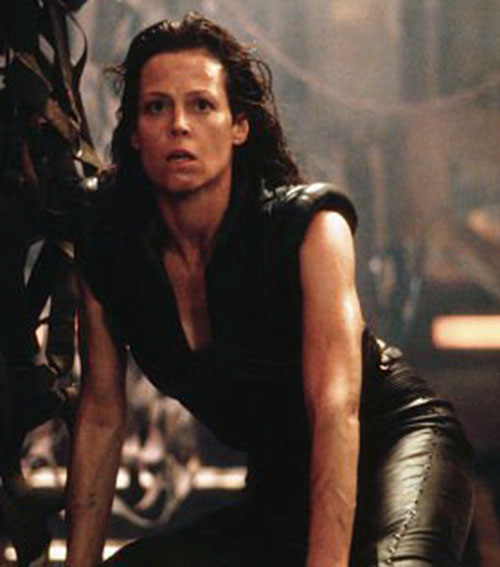