Hicks has extensive training and experience in military operations. He specializes in pulse rifle use, robot sentry maintenance and usage, hand-to-hand combat, and power loader operations.

Hicks is a classic example of a “good troop” at the start of a promising career.

Dwayne Hicks, like all of his previous family members, joined the military. Instead of joining the Coast Guard, Army or the Air Force, he joined the USCMC. When he graduated from training camp, his parents were so proud of him that they gave him the shotgun that his great-great-great grandfather used during the Việt Nam War.

After a year of active duty in the USCMC, he was promoted to Corporal. His commanders were quite impressed with his combat skills, his technical ability, and leadership. When he was in the field with the new recruits, he would take responsibility for training them and giving orders in close combat operations. None of the troopers disrespected him nor disobeyed an order.

Two years after his promotion, he and the rest of his platoon were ordered to investigate a downed transmitter at the Hadley’s Hope colony on LV-426 (also known as Acheron), accompanied by two civilians: Ellen Ripley and Carter Burke.

Ellen Ripley had previous experience with the xenomorphs believed to have infested the colony. Burke represented Weyland-Yutani, the company that owned the colony on LV-426. The marines discovered that the entire colony was in fact infested with xenomorphs.

In the ensuing battle, Burke and Hick’s platoon was killed and the colony destroyed. The only survivors were Hicks, Ripley, Bishop (the platoon’s android), and Rebecca Jordan, a.k.a. Newt (the sole surviving colonist).

The four survivors returned to the Sulaco, the Colonial Marines’ vessel. They went into hibernation in their cryopods for the hyperspace journey home. Unknown to the survivors, an alien had gotten aboard the Sulaco.

The Sulaco’s automatic systems ejected the survivors’ cryopods in a lifepod. The lifepod crash-landed on Fiorina 161 (also known as Fury 161). Hicks’ cryopod was fatally compromised in the crash.

Hicks survived in two alternate timelines. In one, he returned to Earth only to be marginalized by the USCMC administration for losing his men and a colony. Ten years after the events of LV-426, he joined an expedition to the xenomorphs’ homeworld, and returned to Earth to find it overrun by the aliens in his absence.

He participated in a plan to destroy the aliens on Earth, and took part in the resettlement of Earth thereafter. (Dark Horse Comics’ Aliens mini-series trilogy).

In another, the Sulaco returned to Anchorpoint Station carrying aliens, which were mutated due to experimentation there. Hicks and Bishop were instrumental in destroying the station before the alien infestation could spread, and barely escaped themselves. (William Gibson’s original Alien 3 screenplay.

A high-resolution recreation of the 1986 trailer.

Hicks is a Caucasian male of medium height and build, handsome in a rugged yet somehow boyish way. He usually has a light smile on his face when he’s not working. While on duty he has a relaxed but attentive look.

He usually dresses in military fatigues.

Hicks is the classic strong and silent type. Steadfast and reliable, Hicks has an economical way of speaking, making short statements and asking direct questions. Despite his reserved demeanor, he is not aloof and is in fact quite amiable in his own low-key fashion.

Hicks maintains his cool under stress, and his calm and concern for the people under his command quickly inspires confidence and loyalty from his troops. The only thing that seems to upset him is unnecessarily endangering his people, which provokes cold-blooded rage.

“Listen, I know it’s gonna be tough, but stay frosty. If even one of those things gets in here, we’ve had it.”

Alternatively, Hicks would fit in well as a squad leader in any modern paramilitary force (hey, it worked in The Rock).

Note:
The Vehicles (Land) Skill includes the ability to use a powerloader (an exoskeleton-like forklift).

These stats reflect Hicks at the end of Aliens (minus his injuries, of course).

If using one of the alternate timelines in the History section where Hicks made it back from LV-426 alive, he could be assumed to have Scholar (Aliens).

In the Dark Horse Comics, which take place ten years after Aliens, raise Hicks’s Acting Attributes and Skills by 1 AP each, raise HPs to 30 and add Distinct Appearance (acid scarring on face).

For the alternate Alien 3 history, raise Hicks’s INT and Military Science by 1 AP each and add a Connection to Bishop (High).

The alternate Alien3 script is supposed to take place four years after Aliens, but only because of a misinterpretation of how quick hyperspeed travel is. Three to six weeks afterward is more reasonable, given that Hicks expected a rescue force to show up within three weeks after communication was lost). 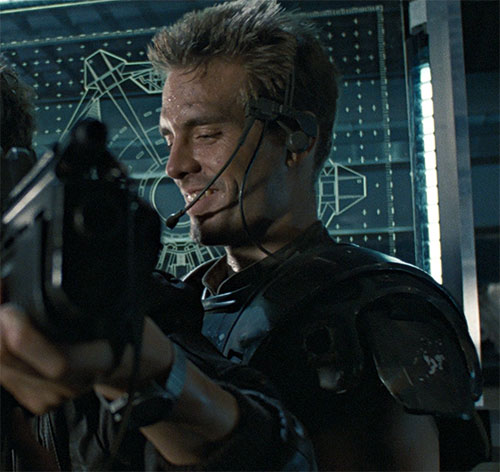 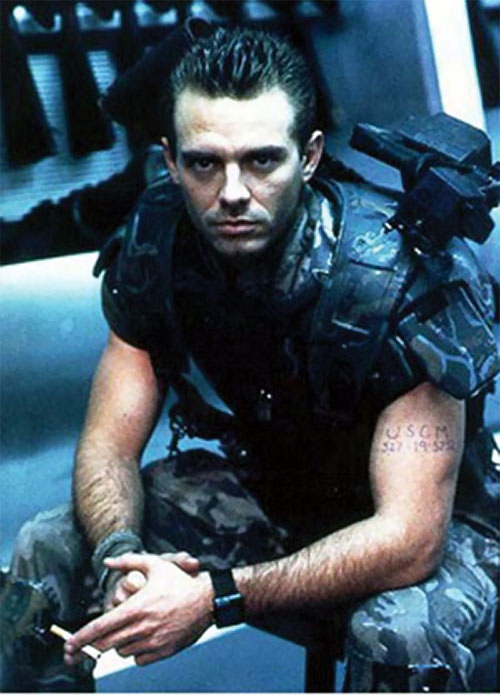 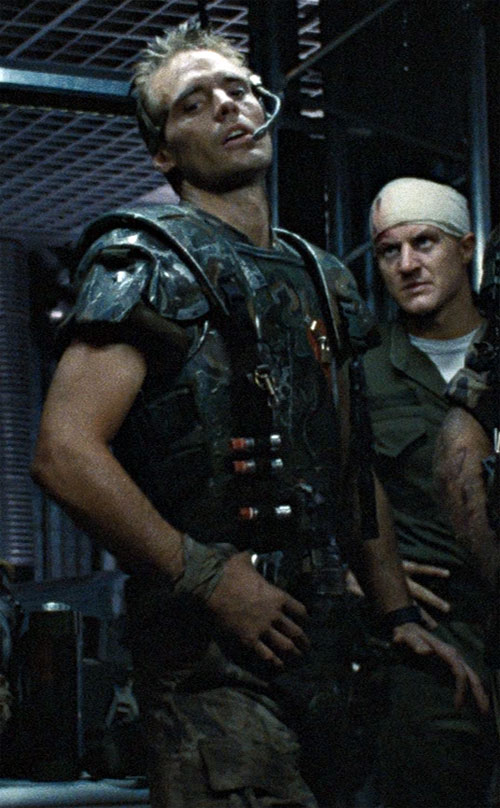 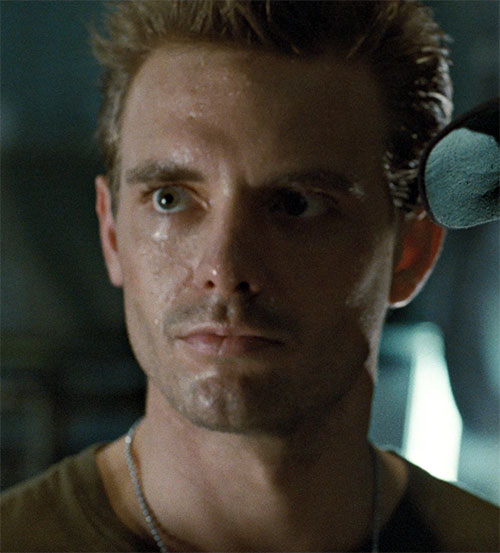