Private Vasquez (played by Jenette Goldstein, who now runs a large-cups bra business , if you need one) was one of the more memorable characters of the movie. Though characterisation wasn’t the point of the film, Vasquez has a ferocious attitude, strong presence, snappy lines and a really cool gun.

Like her counterpart Drake, Vasquez is a quick and vicious soldier. She is younger than the rest and her combat-primer was the street in some Los Angeles barrio.

She is tough even by the standards of this group. Hard-muscled. Eyes cunning and mean. Thrown into the Marines from juvenile prison, she has now become a well experienced combat machine.

Colonial Marines are national, governmental troops. In an universe dominated by huge corporations and the private sector, that means lousy peacekeeping jobs, bug hunts and other unsavoury details. Overextended, corrupted and under-equipped, the Colonial Marines have it tough. But then, that is part of what make them, in J. Burke’s words, tough hombres.

Vasquez come from a tough LA neighbourhood, and was drafted from juve prison to be trained as an operator of the formidable smart-gun. She was part of the group that escorted Ellen Ripley to investigate the Acheron colony.

Her chest plate bears the inscription El Riesgo Siempre Vive (“Who dares, wins”, more or less), and her smart gun has Adios painted on the receiver. The observant will see Loco written on the back of her shirt.

Vasquez enjoys being a Marine. She loves the heat of the battle in a somewhat psychotic, sexual kind of way.

Drake and Vasquez share a unique bond between them, exchanging a power grip after a rough yet playful conversation.

“Let’s RRROOOCK !!” (she and Drake open fire with their smartguns)

(Raising her smartgun) “Look man ! I only need to know one thing: where they are.” 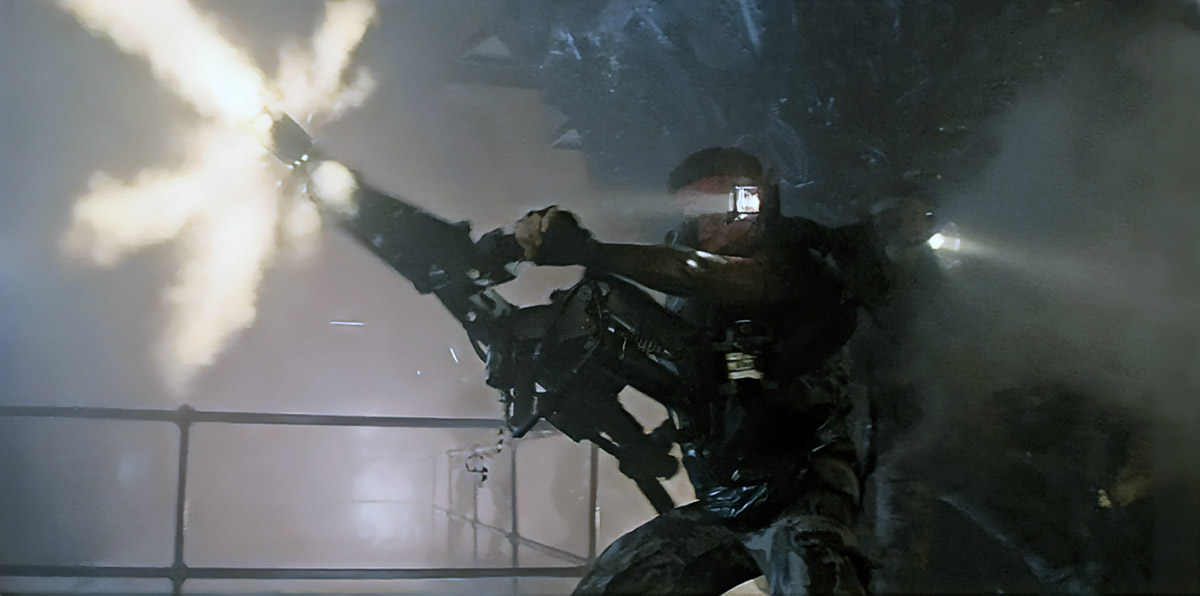 Burke : “This is clearly an important species we’re dealing with and I don’t think that you or I, or anybody, has the right to arbitrarily exterminate them !”
Ripley : “Wrong !”
Vasquez : “Yeah. Watch us.”

Staring at Lt. Gorman, as it is obvious they both will die in a few seconds – she exchanges a last power handshake with him over a armed grenade to take the closest aliens with them : “You always were an asshole, Gorman.”

See my Elseworld Legion for a variant DC Universe that includes Colonial Marines in the 30th Century. Alternatively, Vasquez would fit in well as a squad machinegunner in any modern paramilitary force. 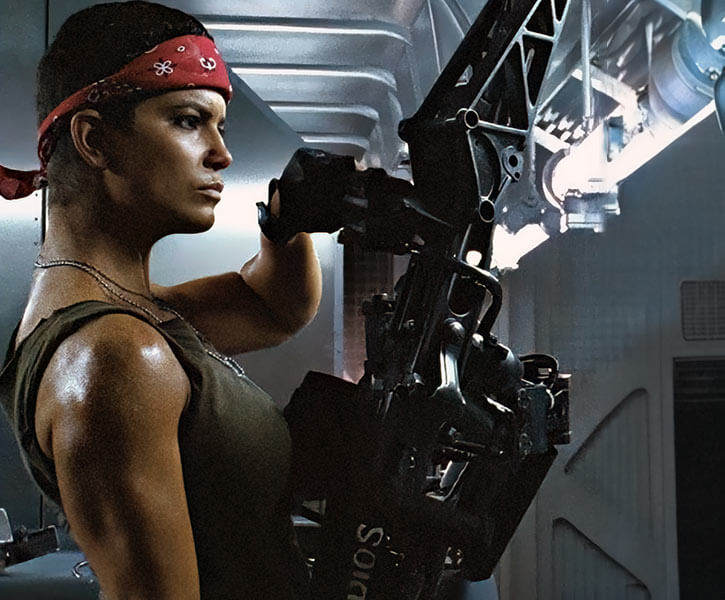 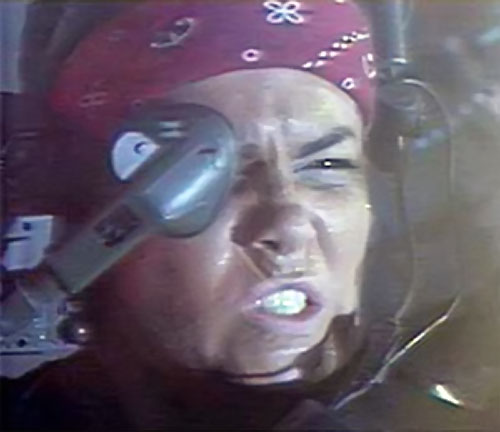 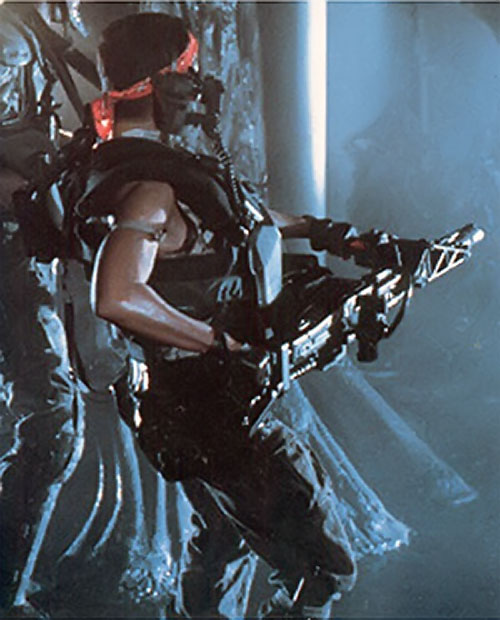