Aliens are fairly agile, an advantage that is increased by their ability to cling to most surfaces and their prodigious leaps. Their partially silicate structure provides them with considerable strength, enough to fatally injure a human being with a single blow or tear light steel.

For this same reason, their armored exoskeletons are very tough, being able to deflect small arms fire at oblique angles and provide above-average resistance to extremely high temperatures.

However, once compromised their internal organs are somewhat fragile. Indeed a sufficiently violent impact (such as a machine gun burst) may shatter an Alien’s body due to its crystalline structure.

While they do not see light in the visible spectrum, they do have many other advanced senses including infrared vision and extraordinary hearing.

In addition to providing a balance weight for their acrobatics, the Aliens’ tails have stingers that can inject a paralyzing toxin into grappled prey. This helps take them back to the hive with minimal struggle.

They sometimes attack their prey with a secondary jaw that can extend approximately 12 inches out of their mouth, striking much like a Terran rattlesnake (note: this can be represented in game mechanics as a standard Critical Blow as it is usually aimed at a target’s head).

Much of the ubiquity of the Aliens is due to their remarkable ability to survive in most environments. In addition to their previously-noted protective advantages, they can function in most any atmospheric or liquid environment and can even continue to function in vacuum for brief periods.

If conditions are too harsh or no prey is nearby, the Aliens will go into hibernation until conditions change.

Though they are not self-aware in human terms, they are highly cunning and display disturbingly intelligent predatory behavior. They will carefully maneuver to cut off individuals from a group before attacking and will often try to kill any alpha (the group member perceived to be dominant).

The origin of the Aliens is unknown. It is not even certain whether or not the Aliens are a natural lifeform or if they are the product of genetic engineering by unknown, probably non-human, parties. 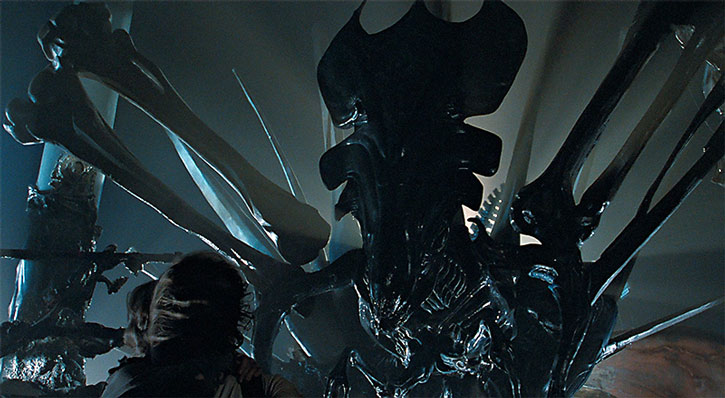 The first recorded contact with the Aliens as an infestation aboard a ship piloted by another alien species. They were presumed to be cargo aboard that ship, though that assumption may be erroneous.

Though they have no technology to speak of, the Aliens have been encountered on many different occasions on a wide range of worlds and starships because of their incredible ability to infiltrate and infest populations.

Aliens are 2-meter tall, glossy insectile/biomechanical beings. Aliens are usually black, but may sometimes be a dark reddish brown.

They take on the general body type of the their host (humanoid, quadrupedal, etc.), but always have an elongated skull (shaped like an upside down canoe, sometimes smooth, sometimes ridged like an exposed spinal column) and a long skeletal tail.

Aliens usually have four S-shaped tubular spines on their back in parallel rows of two. The function of these spines is unknown, but may be part of their resin-secretion. Their teeth are chrome-colored, as is the cartilaginous “tongue” that they can extend from their mouth.

As noted in the Facehugger write-up, an Alien adult begin its life cycle as an implant in a host. When an embryo reaches maturity — usually 24 hours after implantation — the Alien tunnels its way out of the host’s body.

The so-called chestburster grows rapidly, reaching full size (roughly equivalent to a large human) in a matter of hours. A Chestburster will avoid contact with other lifeforms until reaching maturity, but it will explore its environment as much as possible.

Thus, by the time it reaches adulthood or soon afterward, it will be completely familiar with the surrounding area.

Once mature, an Alien adult’s behavior varies depending on the situation. A single Adult with no other Aliens nearby will capture hosts one by one and inject them with a special enzyme that turns them into Facehugger eggs. An adult that senses embryonic Aliens nearby will do the same, while protecting implanted hosts until the Chestbursters are born.

In either case, one of the eggs will mutate into a Queen Facehugger egg, thus eventually establishing a hive. If a hive already exists, the adult will head toward it to join the swarm.

Once an adult Alien joins with or builds a hive, its behavior from then on becomes fairly simple. Its first priority is to protect the hive. Its second priority will be to capture suitable hosts for implantation.

The Aliens have had crossovers with several other universes, including the DCU. Batman, Superman, and Green Lantern have encountered the creatures on numerous occasions, both on Earth and on planets as far away as Apokolips.

Note:
Due to the composition and texture of the walls in an Alien hive, anyone trying to spot an Alien in a hive suffers a +2CS to OV/RV of the Perception Check. Aliens will usually remain motionless as long as feasible in a hive, allowing their potential prey to get further inside.

Note:
While the Aliens are blind in the visible light spectrum, this is only a Minor Physical Restriction since their other senses are usually more than adequate compensation for this shortcoming.

The Adult Alien starts life as a Chestburster. When the embryo is mature, it starts trying to tunnel out of the host’s body (hence the term Chestburster). This attack has an AV/EV of 5/5 vs. an OV/RV of the Host’s BODY/BODY and the host cannot spend HPs to increase his OV/RV nor for LDD; once the host’s Current BODY drops to -BODY APs, the Chestburster breaks free.

If the Chestburster fails to gain RAPs for 3 consecutive rounds, it is presumed to have been killed by the host’s immune system or other bodily defenses, as seen Superman vs. Aliens.

Some reports, possibly apocryphal, suggest that an adult Alien can actually transform captured hosts into Facehugger Eggs if there is no hive nearby when said Alien reaches maturity (as shown in one of the original Alien movie’s deleted scenes).

Hosts being transformed in this manner will be conscious but immobile while their biomass is being altered and can even talk coherently to others — the paralytic toxin used to immobilize them also seems to dull their thinking and thus ameliorate the otherwise sanity-breaking horror of their circumstances.

If the GM wishes for his Aliens to have this ability, add Shape Change: 10 with the following Bonus:
Shape Change is only usable on others and can only take place after Poison Touch successfully knocks out a victim. Shape Change tests against the host’s BODY; successful RAPs indicate that the host begins turning into a standard Facehugger egg. This process takes one day (15 APs) to occur, during which time the host mostly remains unconscious. This is only done under special circumstances (see last paragraph of “Powers” section)(3xBC, +5FC).

Borders of the animal kingdom

Whether the Aliens are considered animals for purposes of Mental Powers such as Control is up to the GM, but there should be some additional difficulty regardless due to the Aliens’ extremely unusual physiology.

In some circumstances Aliens have been shown to take on traits of their hosts, such as their basic stance (bipedal vs. quadrupedal, for instance). They may also take on unique abilities of a given host, such as the Aliens that demonstrated superhuman abilities derived from their hosts in the WildCATs/Aliens crossover. Some examples include:

Note that a Facehugger will probably not implant any creature smaller than a chimpanzee or large dog, nor any animal larger than a bison. 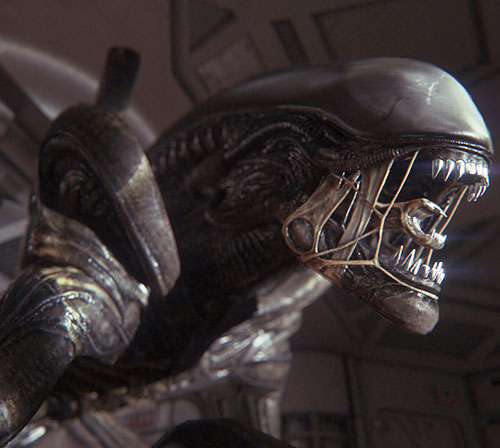 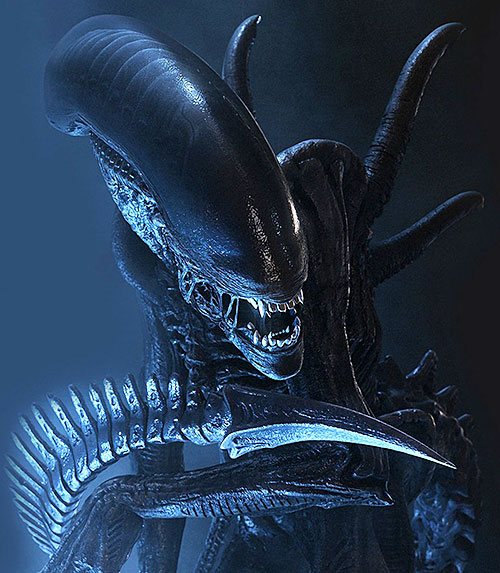