This profile was assembled during the 1990s, and follows her to the end of Angel of Redemption. It uses the Viz Comics translation as its source.

Alita is a cyborg. Thus, most of her physical abilities are dictated by whatever body she is attached to at the time.

She possesses a near master skill level in the cyborg martial art known as the “Panzer Kunst”. This makes her exceptionally lethal in any body.

Alita’s world is that of a desolate future Earth. All known civilization has become restricted to the near lawless city-state known as The Scrapyard, and floating utopia known as Tiphares, the Mid-Air-City. Tiphares hovers above The Scrapyard. It dumps all it’s waste on top of it, in a gigantic junkyard built up for untold years.

It was here that Alita’s life effectively began when cyberphysician Doctor Daisuke Ido, while searching for parts, came across her head. Her brain was in hibernation. After taking her to his lab, Daisuke awoke her, only to find that she had totally lost her memory. Undaunted, Daisuke decided to raise her as a foster daughter. He named her Alita, after his recently deceased cat.

Slowly, as parts became available, Daisuke built Alita a new body. After she got a pair of legs, Alita followed Daisuke during his nightly runs. She was concerned that there was a connection between him and a brutal killer stalking young women. She found Daisuke armed with a jet assisted pikehammer, lying in wait for an unsuspecting woman.

Alita attempted to stop Daisuke, only to be attacked by the woman. This hideous mutant was the actual killer, whom Daisuke was hunting for bounty. In an attempt to save Daisuke, Alita almost instinctively displayed incredible acrobatic and martial skill. She smashed the mutant woman’s head with one powerful kick.

Daisuke recognized her style as the Panzer Kunst, a powerful martial art developed for cyborgs.

Seeking to discover more about herself, Alita registered herself as a Hunter Warrior. That was the closest thing The Scrapyard had to law enforcement. Daisuke first objected. But he soon accepted her decision, knowing that her life was her own. However, Alita nearly got herself killed when she attempted to take on the vicious killer Makaku.

Daisuke rescued her just in time. He then reluctantly attached Alita to a military grade body that he salvaged from a long abandoned spacecraft several years earlier. Daisuke referred to it as a “Berserker” body.

The good doctor was appalled by the concept of turning a human being into a war engine. Yet, Daisuke realized that it would best fit Alita’s skill and abilities.

Sometime after killing Makaku in battle, Alita became infatuated with a boy named Hugo. Hugo had a dream of reaching Tiphares, as had been the project of his deceased older brother. He was convinced that he could go if he collected ten million chips (the currency of the Scrapyard). But unknown to Alita, Hugo was involved in the high grade crime of spinal column theft.

It wasn’t long before rival hunter Zapan found out about Hugo’s actives. Zapan had been humiliated by Alita some time earlier, and sought revenge. He reported Hugo’s crimes, and placed him on the bounty list.

Alita attempted to hide out with Hugo. But he was fatally wounded by another hunter, who years earlier had killed Hugo’s brother for the crime of building an aircraft. Alita was able to kill the other hunter. She just barely save Hugo’s head, and brought it to Daisuke to be attached to a spare body.

However, Hugo overheard Daisuke state that it was impossible to buy one’s way to Tiphares. The doctor knew this for a fact since he was a former citizen of Tiphares. After confronting his underworld contract, Hugo attempted to climb his way to Tiphares up a supply tube. He was killed in the process.

After a period of angst and wondering, Alita fell in with the high-speed cyborg bloodsport of Motorball. A distraught Daisuke attempted to lead Alita away from it, but was rejected. He then sided with the champion Jashugan in an attempt to shame Alita back home.

Her story continues for another six collections, and I really don’t want to give anymore away. The Viz collections start with Battle Angel Alita, then go on with Tears of an Angel, Killing Angel, Angel of Victory, Angel of Redemption, Angel of Death, Angel of Chaos, Fallen Angel, and ends with Angel’s Ascension.

Throughout the series, Alita goes through a complex mental and emotional growth. She effectively starts as a naïve young girl. But at the end of the series is a mentally strong and sure adult woman. However, throughout most of her life, Alita is a caring and hopeful woman who attempts to see the good in people and is capable of much empathy.

In combat, she is strong, sure, and quick in thought and action, one of the few times where things become clear for her. She dearly loves Ido as will protect him like any loving child would their parents. In the earlier parts of the series, she would even forget that she was a cyborg during times she was occupied with other thoughts, often leading to awkward physical moments.

“I need a sense of purpose- being a bounty hunter lets me search for myself in battle !”

Alita appears to be a beautiful short young woman with a slim build and a distinctive neck-length layered hairstyle. She also has a pair of small round lips, often called ’Octopus Lips’ by others.

As a hunter, she wore a black bodysuit and a tan trench coat. At other times, she wore a variety of common everyday items of clothing. At times, she has two distinctive tan marks that she places under her eyes.

The time between the 20th and 30th centuries has always been up in the air. It’s one possibility, and there’s always the world of Hex, but I can’t imagine why anyone would want to adventure in that mess.

Note:
Alita must be attached to a body with at least one functioning appendage in order to use any physical skills (GM’s discretion).

Note:
Cyborgs are very, very common in Alita’s word, hence no appearance drawbacks. However, if she were to be transported to a setting where this was not the case, she would gain Distinct Appearance.

Note:
All bodies must be installed and removed by surgery. Also, all bodies provide basic life support for Alita’s brain. 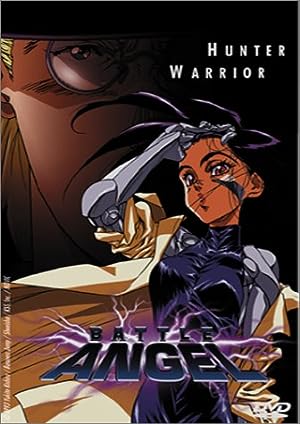