Amanda is a minor, obscure Marvel mutant. She was seen in but one 1989 story, during Ann Nocenti’s notable run on Daredevil.

The idea here is that she’s a perfect seed for a character, or even a Player Character , for those who prefer to use published material as a basis.

When Amanda concentrates she can make objects fly toward her. She didn’t have a problem displacing a stunned Daredevil (Matt Murdock). But it is unclear how well she could affect an object or person in motion.

Amanda was able to yank a very large church bell and make it crash down on the Blob. But what amount of force this required is unclear.

Amanda Fallows grew up in a small town in the American Midwest. She turned out to be a superhuman mutant. Though she had limited telekinetic powers she looked human, and her hometown did not reject her.

In 1989, the US government passed the Superhuman Registration Act. The locals decided to hide Fallows so the Feds wouldn’t take her away. But the Freedom Force sent in the Blob and Pyro, who decided to bully the town until they would find a lead.

Eventually, a man agreed to tell them that Amanda had been hidden in the church’s tower where she was guarded by her neighbours.

Who was that masked stranger ?

However Daredevil (Matthew Mudock) was also present in town. He opposed the two agents. Amanda agreed to let him help her. After Daredevil took Pyro down they worked together to stun the Blob. Amanda then left town, though it is unclear whether she took a bus out or the locals arranged something for her.

Amanda Fallows hasn’t been seen since. She might thus be the seed for another story — or even for a Player Character.

Amanda sported a 1980s haircut since, well, it was the 1980s. She seemed about 13 – the listed height and weight are reasonable values for a girl that age.

Amanda was very impressed by Daredevil. She quickly agreed to let him help and courageously helped when the Blob started getting the upper hand.

Bonuses and Limitations:
Attraction/Repulsion is Limited to Attraction. 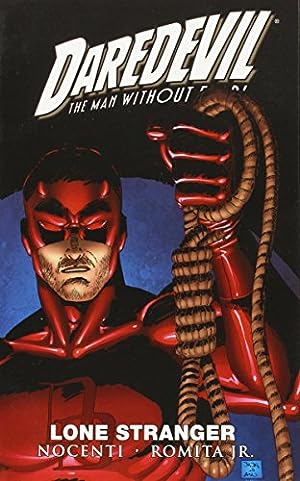 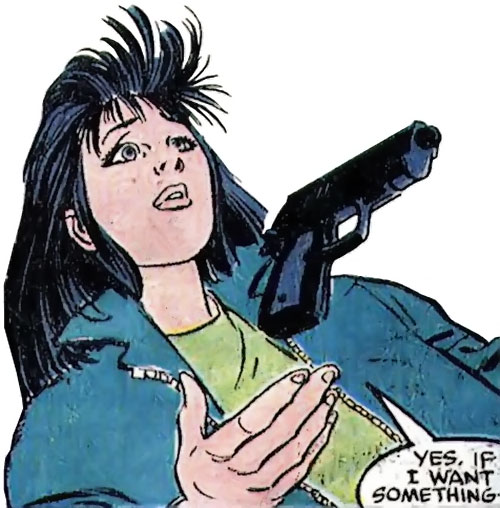