Amazing Grace is a mind manipulator from DC Comics’ Fourth World alien mythology. She primarily appeared circa 1988, but has sporadically popped up since.

As a skilled evil manipulator, she is handy for gamemasters. To make heroes fight heroes or arrange unlikely alliances of villains. She is also a good character to introduce some Fourth World stuff into one’s campaign.

Amazing Grace has the power to cloud and manipulate minds – though not to the extent that her brother Godfrey does.

Most of the time, what she does is indistinguishable from expert manipulation, deception and seduction. Plus, duping and convincing Hunger Dogs is not that hard.

She can also amp things up to attempt a direct mental takeover of a high-value target, through hypnosis. This usually comes as an attempt at seduction through mesmerism. She was not powerful enough to overwhelm Lightray – but was a close thing and Lightray had to harness all of his willpower.

It is possible that this ability is restricted to affecting straight men (and possibly lesbians). However, both the data point for this and the data point against this were seen in alternate continuities. 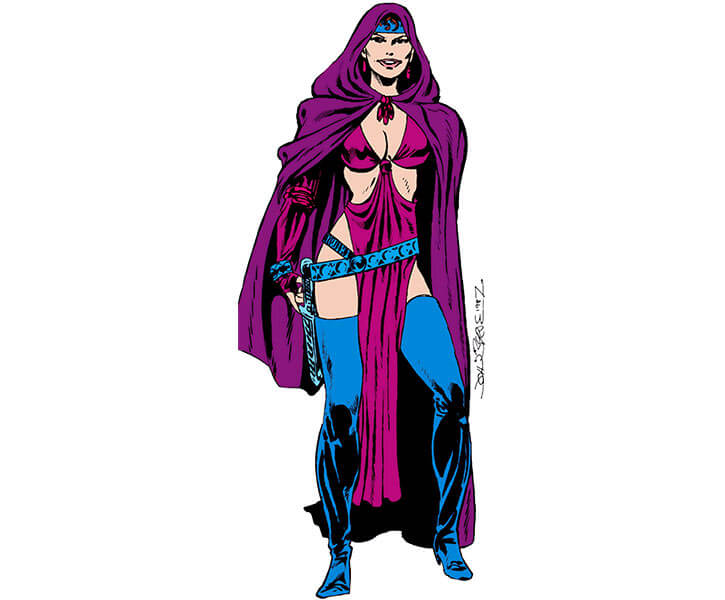 In Unlimited Access #2, Amazing Grace takes control of the minds of the men of the early JLA *and* the early Avengers. She pits them against each other within seconds.

This is curious since it has been repeatedly stated that she is far less powerful than her brother. Yet such an effect is far stronger and more direct than what Godfrey ever did.

Our game stats assume that this is only possible if she strains her power to its utmost, leaving her drained and wobbly. Which would explain why, in the comic, Darkseid kept her in reserve after she accomplished this feat. 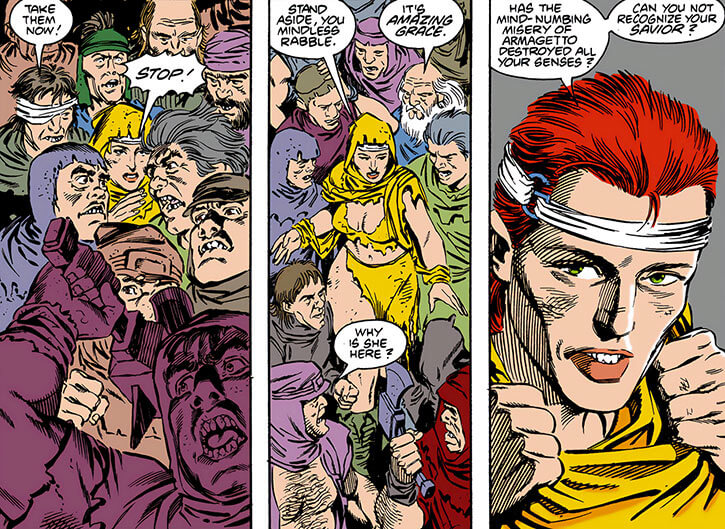 Amazing Grace is one of the minor members of Darkseid’s Elite. These are Darkseid’s personal agents, whom he rules with an iron fist.

Unlike major members like DeSaad or Granny Goodness, Amazing Grace does not usually get the cool positions and prestigious missions.

Instead, she seems to mostly do undercover work among the Hunger Dogs – the proles of ApokolipsA Fascistic alien world dominated by major baddie Darkseid.

A typical mission for her is to :

When she was encountered, Grace was working as a sort of underground priestess in Slum Area #28 of Armagetto. She was prophesying that a saviour would come to lead the Hunger Dogs in overthrowing Darkseid.

But her plan ran into a snag. An amnesiac and diminished Superman was fished out of one of Apokolips’ Firepits.

First, she told the Hunger Dogs that Superman was the saviour she had foretold. Second, she convinced the amnesiac hero that he was actually the son of Darkseid, indoctrinated him, and convinced him to help her deceive the Hunger Dogs.

The hurriedly-revised plan worked fine. Superman and Amazing Grace led the Dogs to a great revolution, which looked successful for just the right amount of time, then was bloodily crushed by an army of Parademons, war machines and monsters.

Amazing Grace was not seen again until much later, when Darkseid took an interest in the transdimensionalSomething that goes across two or more universes traveller Access.

Early versions of the Avengers and the Justice League of America were summoned by Access to defeat Darkseid’s Elite and the Female Furies. But Darkseid had Amazing Grace cloud the minds of their male opponents to have them fight each other.

For want of a nail

In the The Nail parallel universe, Grace was one of the two known survivors of the destruction of Apokolips. Darkseid had been taken down by Big Barda, Mister Miracle and the Green Lantern Corps.

Grace found refuge with the other survivor, the easily-manipulated Kalibak, in an abandoned outpost in the Vega system.

There Grace ran machinations using Earth super-villains. However she does not have time to get very far. She and Kalibak get captured by Green Lantern Big Barda and her New Genesis allies.

Like most among Darkseid’s Elite, Amazing Grace is a scheming backstabber living in mortal fear of Darkseid’s wrath.

A skillful actress, manipulator, flatterer and seductress, she is like most people on Apokolips treacherous, very petty, and murderous.

She’s also a smart and mentally agile woman, and a survivor. 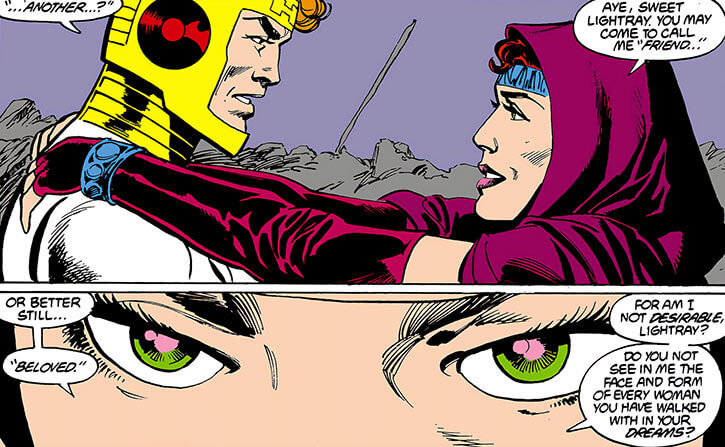 “He’s the one we’ve been waiting for. He will lead us from the Hell-forged chains of Armagetto to the princely peaks of Apokolips !”

“Aye, sweet Lightray. You may come to call me ’friend‘… or better still… ‘beloved‘.” (starts Hypnosis) “For am I not desirable, Lightray ? Do you not see in me the face and form of every woman you have walked with in your dreams ?”

Charisma is a Powered Skill.

Dark Secret (when among the Hunger Dogs – that she is a Darkseid’s Elite member), Mistrust (when working undercover – Parademons do not know that she is an Elite agent).

Grace also has an official writeup (I’ve checked the one in the Apokolips Sourcebook).

This version, however, is more conservative and more based on observed performance. 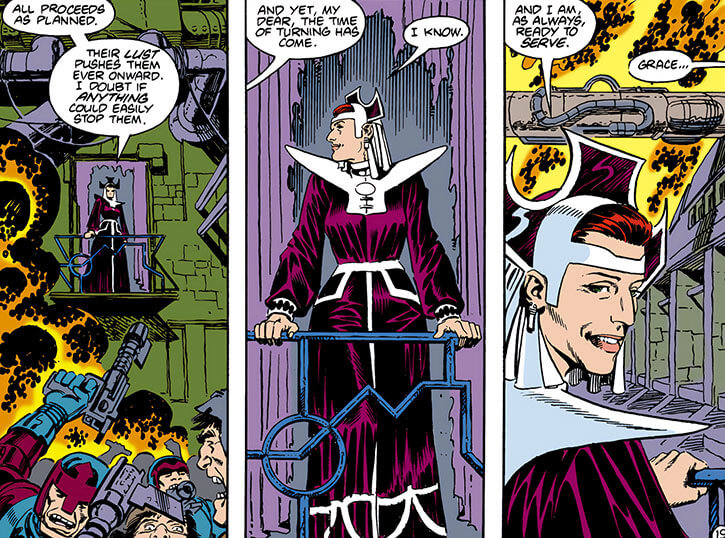