Amazo was the creation of Professor Ivo, a scientist obsessed with immortality. He used Amazo to fight the Justice League several times, with Amazo only barely being defeated each time. Amazo would much rather not fight and just sleep, but he has no other choice when activated.

Of late, though, he has been given other motivations. JLDetroit fought Amazo with another person’s mind inside. JLQ gave some damn reason for Amazo to fight. I think. Anyway, his programming is not just to fight, but to fight the *Justice League*.

From the Knight of Shadows site.

Source of Character: JLA comics and others (DCU). 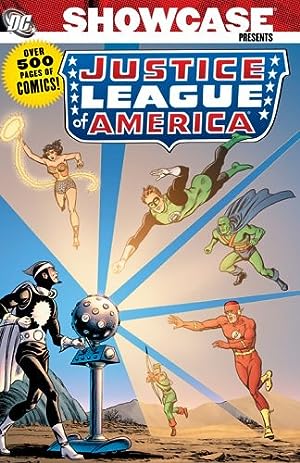