Young Justice was an animated television series. It ran for 2 seasons (2011-2013). Young Justice wasn’t based on the prior comic book series. Instead, it took place in a series-specific version of the DC Universe (“Earth-16”) and with a different roster.

Earth-16 has its own version of powerful Justice League of America enemy, the android Amazo. Traditionally, Amazo has “all the powers of the Justice League !”.

We suggest reading our profile of the Young Justice “Team” first for context.

Amazo is the android creation of Professor Ivo. Its robotic body has been designed to be incredibly durable and powerful. Even before using its unique talents the android’s robotic frame was able to absorb several point blank blows from the Kryptonian hybrid Superboy with no discernible damage.

In addition to its raw physical power, the android possesses the unique ability to permanently duplicate the powers, skills and attributes of any being that he encounters.

This takes time and observation, and the exact method by which it does so has not been revealed. The only thing that has been revealed is exactly how effective this ability is.

Amazo is an android created by Professor Ivo. It was first encountered on the 3rd of August, 2011. It attacked and overwhelmed Black Canary and Green Arrow, forcing them to summon the Justice League for backup.

This was presumably the plan. The arrival of six more Leaguers allowed Amazo to replicate all of their powers and skills. The eight heroes nevertheless prevailed after four hours of fighting.

Baffled by the appearance of the android and the obviously advanced technology used to create it, the League decided to study the androids remains after dismantling it. The decision was made to split the android’s components into two separate shipments to two separate facilities. 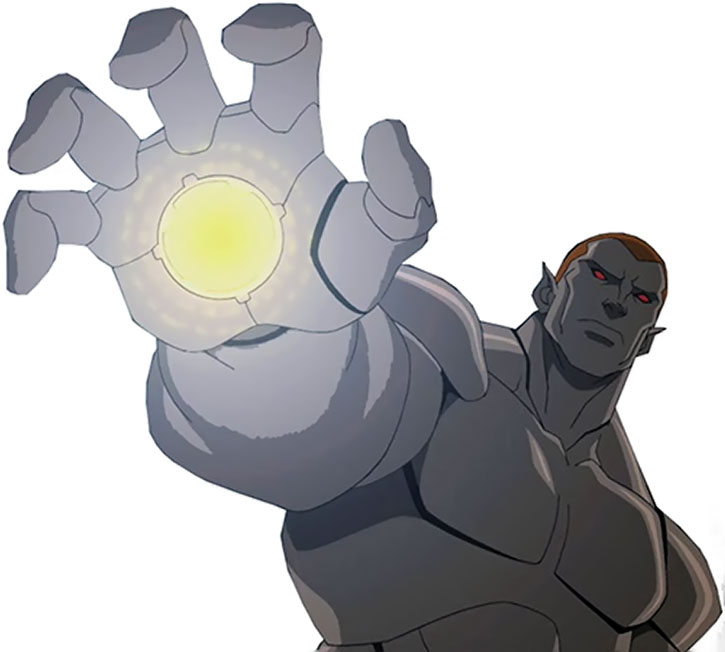 One of the shipments was bound for Boston, and the other for New York. The League took several precautions to prevent the android from falling into the wrong hands once more. They concealed the trucks that were transporting the android using four additional decoys. They also had “The Team” covertly following and ready to protect the real trucks.

Despite their attempts at caution, the plan went awry. The two real trucks were attacked while en route by additional robotic servitors of Professor Ivo. They were able to home in on the hidden GPS signal being emitted by Amazo’s components.

The servitors (affectionately called MONQIs by Professor Ivo), managed to not only defeat both halves of “The Team”. They also managed to escape with the components; or so they thought. In truth, an enraged Superboy followed closely behind.

The MONQIs brought the components to one of the boxcars of a train that was en route to Gotham City. As each component arrived, Professor Ivo (who was residing within the boxcar) calmly and methodically added it to the rapidly reassembled Amazo Android.

By the time Superboy crashed into the boxcar, Amazo was complete. Mere seconds passed, during which Professor Ivo ridiculed the young hero, before Kryptonian muscle clashed with mechanical might. Amazo immediately proved to be too much for the young hero to handle. 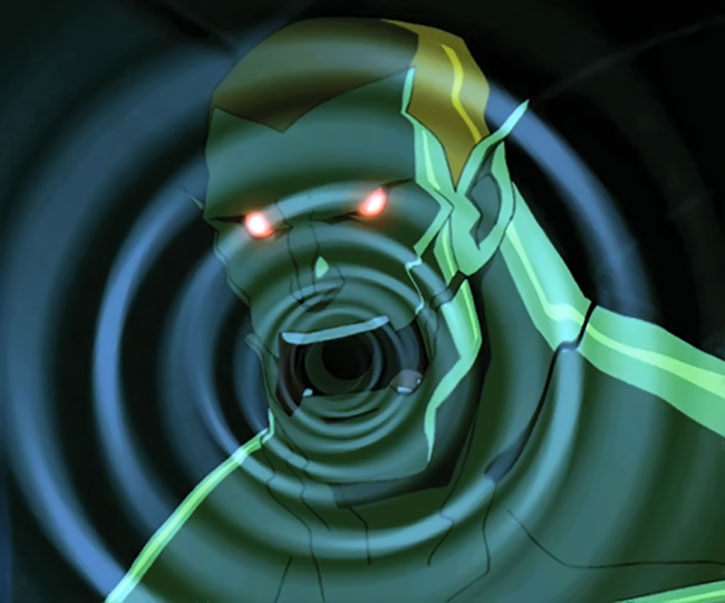 Amazo beat Superboy mercilessly, using a variety of the abilities he had absorbed from the League. The android eventually hit Superboy hard enough to send him careening from the boxcar of the train. The lad sailed above the city to crash into the Gotham City Academy. Coincidentally, it was the very school that Dick Grayson currently attended.

Superboy recovered as quickly as he could, but no matter what he tried, the android had an answer in its vast arsenal of powers. Even the arrival of Robin and Kid Flash didn’t help, it merely gave the Android additional targets to maim.

Aye, there was a battle

Eventually when all seemed lost, an arrow was fired by the observing Artemis. It not only saved the life of Kid Flash, but it revealed the primary weakness of the android and provided just enough time for the three teen heroes to come up with a workable plan.

The three heroes managed to distract the android by focusing their attacks on Professor Ivo. The inventor had decided to physically travel to the battlefield in order to observe the battle in person. The android responded to its primary programming and while attempting to protect the professor, made a fatal error in response to an errant batarang thrown by Robin. 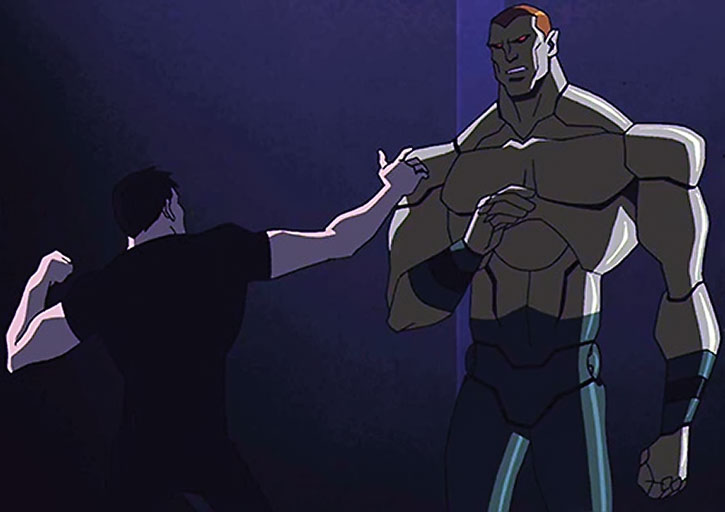 The android used the Martian Manhunters intangibility in order to avoid the batarang. But as it switched its powerset back to Superman’s, Superboy in a blaze of motion placed his invulnerable fist through its intangible head. When Amazo’s head rematerialized around Superboy’s fist, it overloaded circuits exploded rendering the seemingly indestructible android inert once more.

With that, the android’s pieces were separated once more and are currently residing in two separate STAR Lab facilities for study.

Amazo is a humanoid android of massive proportions. It towers over most of its foes, standing at a height of approximately 8 feet and weighing several hundreds of pounds. It has broad wide shoulders, orange hair, elf-like ears and blood red eyes.

Under normal lighting, one can easily recognize that Amazo is robotic in nature. Instead of having the smooth musculature of an athletic, he has interlocking plates of metal and visibly geared joints. 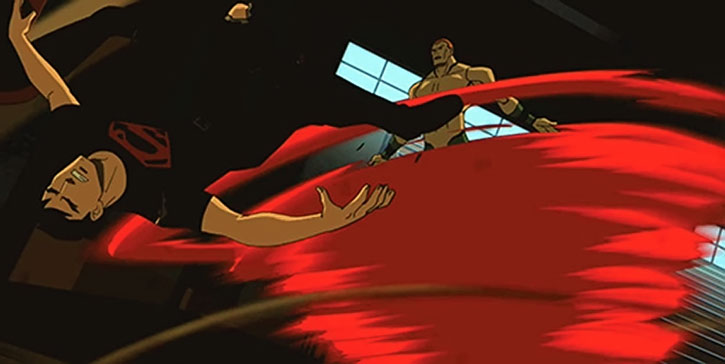 For purely aesthetic purposes Amazo’s wrists and lower extremities have been painted a deep green colour, giving him the illusion that he is wearing pants and wrist bands.

When manifesting the various powers of the League, its body often distends/distorts in order to reproduce the desired effect. Its jaw drops to produce the required apparatus to reproduce the Canary’s cry, arms elongate to mimic Martian Manhunters stretching, eyes glow like Superman before firing heat vision, etc..

None. Amazo displays no anger, concern, fear, or desire. 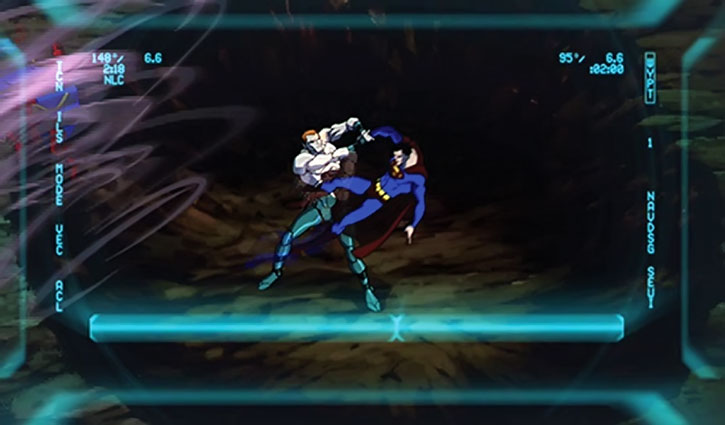 The events of Young Justice are canonical and take place on Earth-16 within the DC Universe. Any travel through the DC Multiverse could potentially bring the player characters into contact with this version of Amazo.

The One Man Justice League

At this time, Amazo has adapted the powers of the following members of the Justice League and as such can use them at will:

Although both Green Arrow and Batman were present in its original battle with the Justice League, it is unclear whether or not Amazo Adapted their abilities. At this time, it has not displayed any of their strengths or skills. 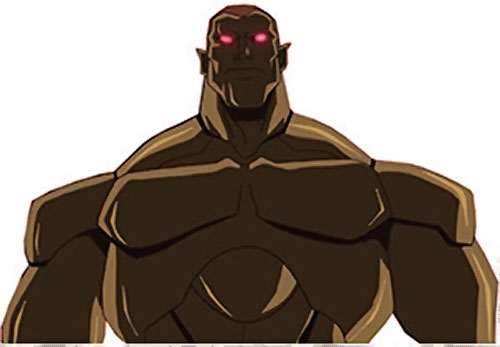 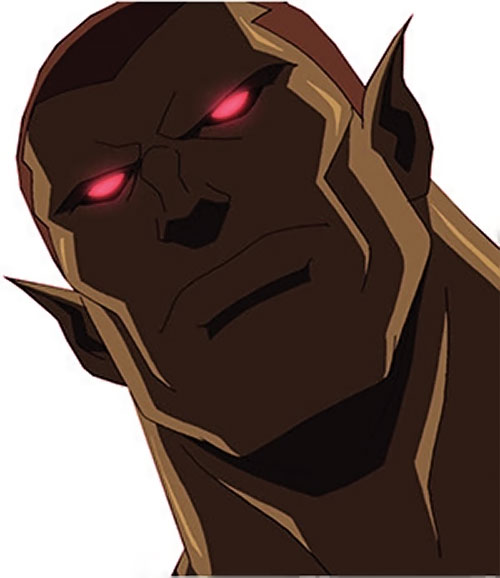 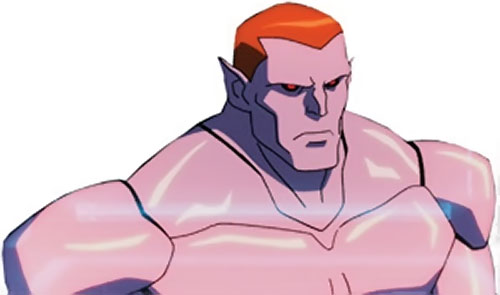 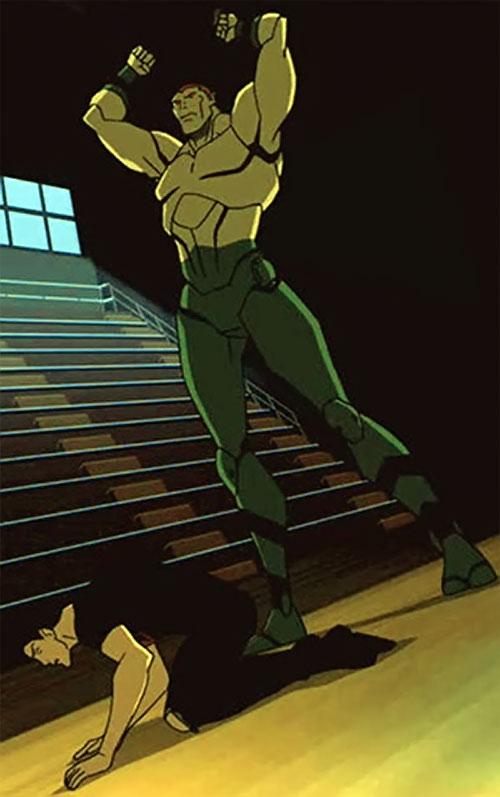 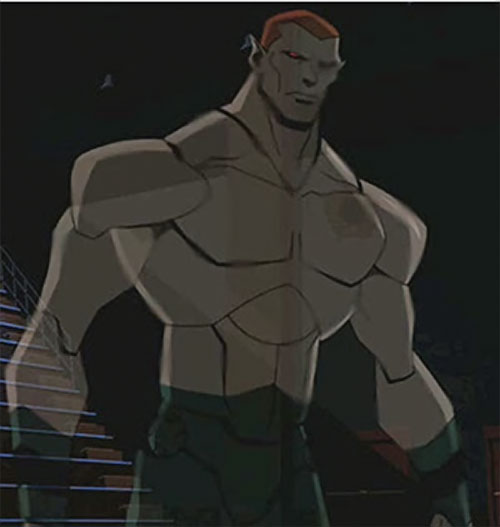