Dianna is an amazon created by the four elemental gods. As such she is surely the strongest human being ever walking the planet. Her might is such that she can fly.

Although she is a master at every hand to hand or missile weapon, she dislikes using her strength to fight. But when she finally enters the battlefield, even dragons fear her attack.

Dianna is a golem, or would be if a normal human wizard had created her. As the creation of the four elemental Gods (Sandar, the Mother Earth ; Sentimentum, the Father Sky ; Vindar, the Burning Fire and Zontal, the Flowing Water) she is the most perfect human being.

She was left to the Amazons, but she couldn’t make them turn more peaceful. When they were thinking in attacking Man’s World, she asked them to stop the incoming war. She would instead serve as an ambassador to that Other World.

On her travel to the South from the northern other-dimensional amazon island, Themiscyra, she met with friends, special friends blessed by the Gods with incredible powers. The menace of Darkseid the Dragon Priest made them join together. Neither him not his corrupting influence would damage the world.

So, they became the Justice Guild of Kildar, as the Imperial City of Kildar was the place were they set their base of operations.

Dianna wears a modified version of Wonder Woman’s suit, a mix between her usual WW clothes and the Kingdom Come eagle armor.

Physically she looks like a cross between Artemis and Wonder Woman. From the first she has the looks and the fire in her eyes, from Diana, she has the innocence.

Wonder Woman always likes to resort to measures other than force when overcoming a problem. The exception uses to be against Darkseid hordes: on the battle, despite she can be the last to join, she will be the fierce of the Guild, with the exception, perhaps, of Timber Wolf.

“Holy Sandar ! That THING has gotten free of my lasso !”

Amazon could fit in one of the AD&D dimensions: don’t forget that TSR comic books were published by DC ^_^ She could also fit Skartaris , and on any return of the Infinite Earths she can cross to the DC Universe and meet the original Diana. 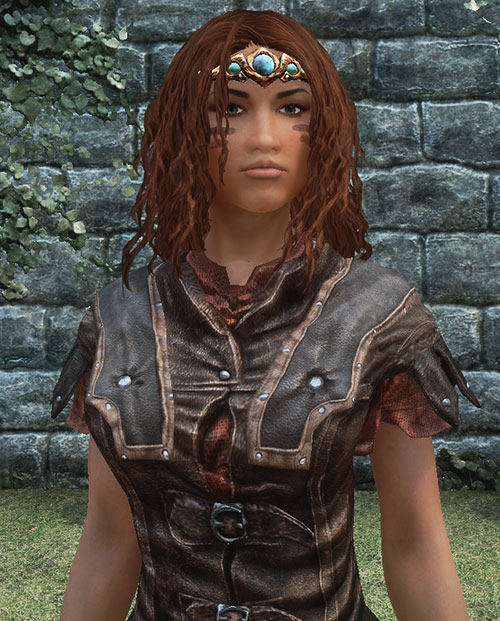