These gals are from a Filipino musical (and its movie adaptation) which spoofs the main Filipina super-heroine, Darna.

For full context you’ll need to first read the profiles for Queen Femina and Zsa-Zsa Zaturnnah. 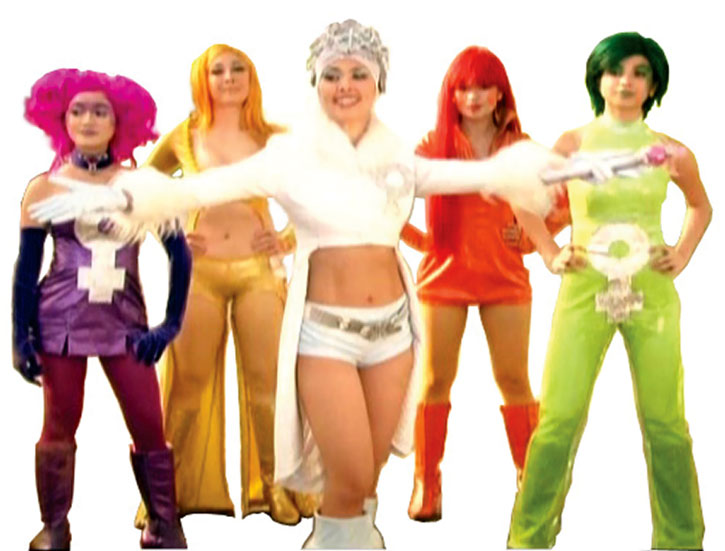 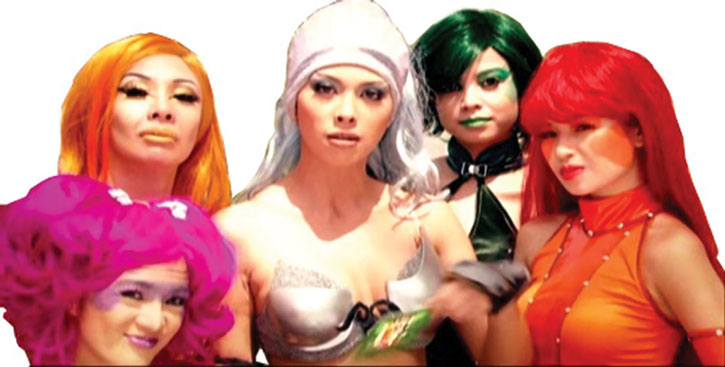 Only a small number of womyn were kept alive for breeding purposes. Even these womyn were enslaved and bereft of any rights, not even being allowed to speak.

For nearly 100 years this continued. For three generations womyn were kept as silent sex-slaves to the brutish male-forms. This continued until one day a young female, who would later be known as Femina, decided to hear her own voice. On her 18th name-day she spoke, breaking every edict of the male-forms.

Defending herself violently from any male-form that tried to silence her, on she spoke- of revolution. She rallied the womyn, fanning the flames of her rebellion. She quickly found that the generations of genetic manipulation by the male-forms had not only left her with beauty and a fit body, but that she was unnaturally strong as well as capable and adept in combat.

Using these gifts and utilizing any weaponry or technology she captured along the way, she killed or castrated every male-form who tried to silence her. 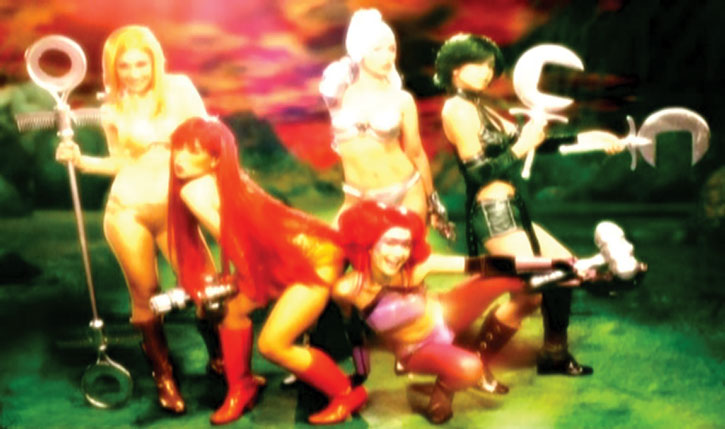 They vowed never to be conquered again; and until now this remains to be true. Femina was crowned Queen Femina Suarestella Baroux.

Since then, they have completely adapted the technology and the art of violence created by their male-forms for their own use. They thus became a powerful race of technologically advanced warrior women. They have swept through the galaxy, liberating women everywhere from the oppression of male-forms by killing, castrating and/or enslaving every man they have encountered.

The Naming of Amazonistas is a difficult matter

With the exception of Femina, each Amazonista is named (like Zsa Zsa herself) after one of the “divas” of Filipino film. For example Vilma Santos  is an actress who played Darna in the 1970s.

Her take is considered to be one of the definitive versions and everyone playing the Darna since has been compared to her (think Christopher Reeves  for Superman). It would be the American equivalent of naming the characters “Meryl,” “Cher,” “Madonna” or “Oprah.”

If you were to use them in the comedy genre, you should definitely tailor the Amazonistas’ names to those of local or iconic celebrities and use traits of those celebrities for humorous effect.

The current trend is for the weapons to resemble the Venus symbol (circle with the cross from one end), possibly due to their recent discovery of Earth. 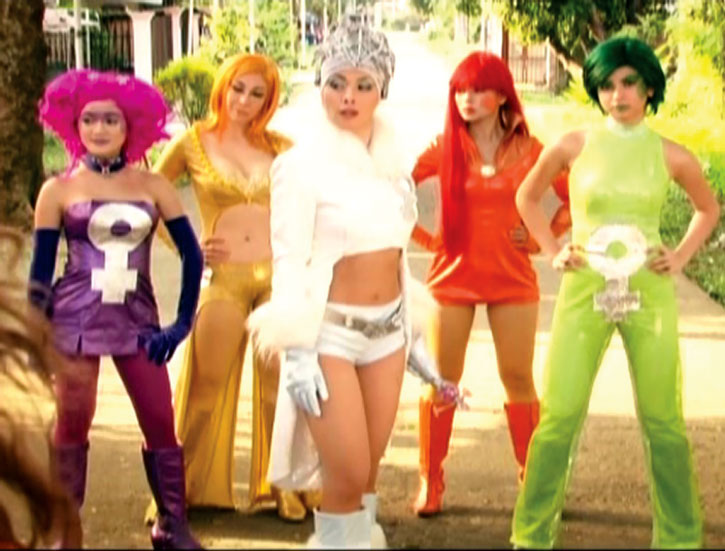 The over-exposed pictures among the illustrations for this entry are done that way in the source material. It’s a parody of a common Filipino trick to take photos in a way that makes the skin look paler (and thus more attractive).

The Amazonistas are best described by the phrase from the old feminist adage roughly paraphrased as: they can do anything a man can do while never forgetting that they’re a woman. While they seem to lack much individual personality, instead standing in the shadow of their queen, they do seem to delight in the work she gives and jubilantly support her every word. 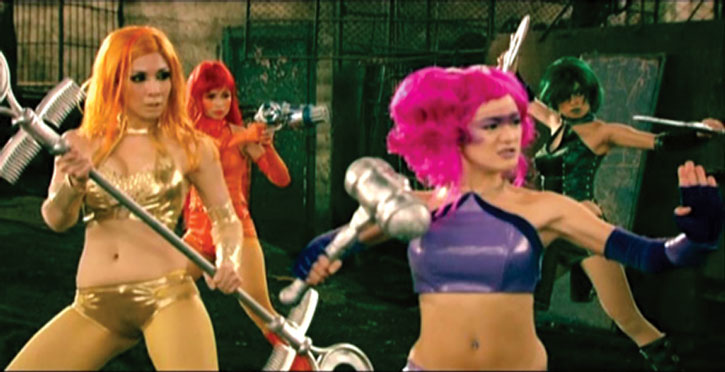 The Amazonistas (inspired by Femina) take their superiority as a given. They brag and flaunt their physical capabilities while retaining a girlish streak, particularly when it comes to their appearance. Supremely arrogant not only in their combat prowess, but their beauty, they typically stop and pause for glamor shots right before they enter battle as they charge their weapons.

(Backing up Femina) “[We’ll] annihilate you one by one until you crumble and fall !”

In the musical, they each get their own little moment of character development:
Nora A.: “This mallet made of steel will easily crush your hollow heeeead. It will cauwse you so much pain until you’d weeesh that you were deeeead ! Combined with my grace and beauty I will make you kneel and beeeeg. With one sweeeng of my arm I can easily break your leg. Uh-huh…” 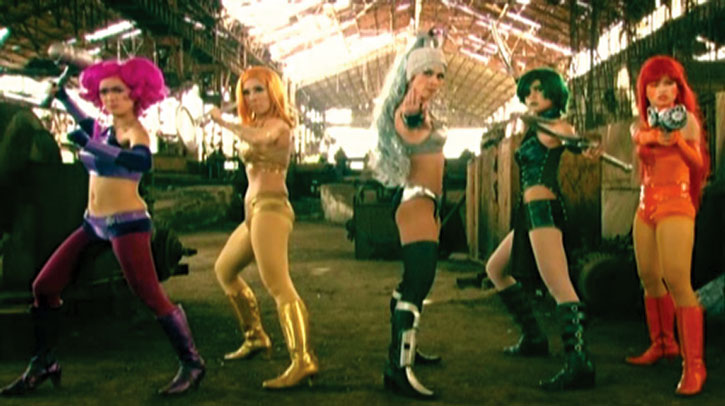 Sharon C.: “I may appear old-fashioned but looks can be deceiving. I’ve have killed more than a thousand men with these two little darlings, I’ve severed so many body parts I’ve actually stopped counting. Perhaps you’d like me to demonstrate… for seeing is believing ! Hoooooo…. Thank you…”

Vilma S.: “This mighty, mighty scepter holds all the powers of the universe. An energy beyond imagination even I cannot describe ! As I swing this staff left and right, please observe my satin hair- velvety soft, velvety smooth as it bounces here and there !”

The Amazonistas vs. Plastic man would be interesting if you wanted to keep them in the humor genre. The battle would probably have them pounding him until he transforms into a camera, distracting them long enough for him to come up with a plan.

If you wanted to make them a little more serious, you could have them replace Maxima’s race. Perhaps Maxima was their first Queen who went to find a mate worthy of her. Femina (being the rabble-rouser she is) rose to power in her absence, offended by the concept that Maxima wanted to copulate with a male-form. 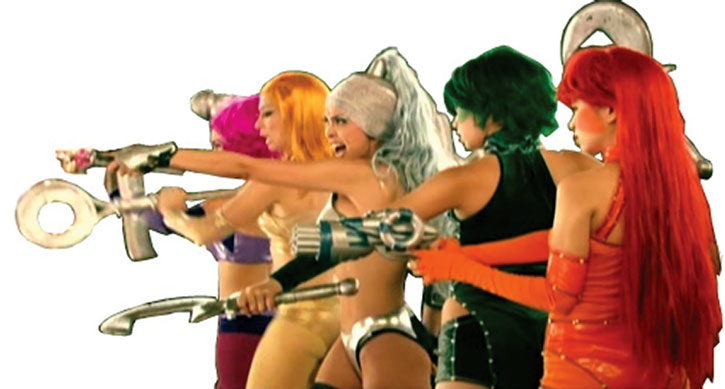 That would last until Wonder Woman and the ladies of the JLA (or Hippolyta and JSA or even both) would have to organize a resistance.

If some romance subplots had recently soured for our heroines, this kind of story could be particularly effective. The women might be legitimately tempted to join and get revenge on their ex.

For Rogue in particular and some of the other mutants, it may be interesting if the Amazonistas could use their genetic skills to give her a way to turn off her powers and allow her to touch others. With their advanced technology in the field, they could potentially have more success than Professor X helping some (female) mutants control their abilities. 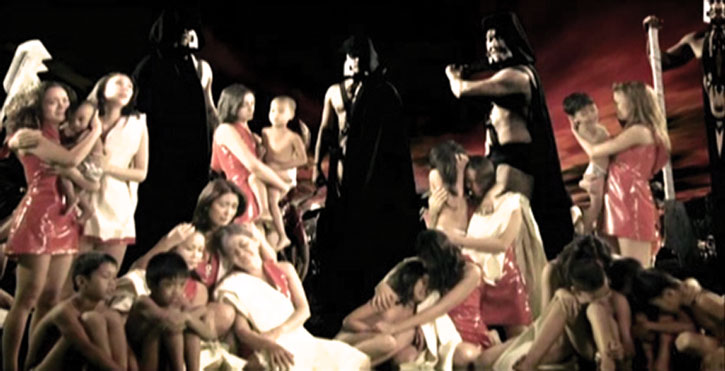 If you want to use them a little more subtly, send a “scouting party” of Amazonistas pretending to be human into your campaign as potential rivals/love interests.

Once the Amazonistas are aware of what level of threat the male heroes represent, they might take steps to eliminate them (unless one has legitimately fallen for one of the guys) to soften up resistance to the coming liberation of the females. They may have even taken TV signals from the 60s and 70s and believed feminists were asking for their help.

Connections:
Femina and the other Amazonistas (High).

Equipment:
Each of the Amazonistas carries a (different) weapon capable of dealing deadly blows or creating a powerful energy blast… and they make great fashion accessories !

Much of this is speculative since the Amazonistas don’t do much directly in the story except backing Femina up. Little is known of their actual species, but I’m going to assume that the average female on their planet is fairly similar to the Amazons of Themyscira physically (due to their society and recent wars, most of the population probably has skills and attributes similar to that of a trained soldier).

These Amazonistas and stats reflect the Queen’s personal retinue.

It will not affect their attributes or current health condition in any way, simply their physical sex. If this attack should hit an androgynous or intersex individual, the GM would have final say as to the results.

A character may purchase this power with a bonus that the effects will be permanent (barring being hit with the same power) should the resultant total RAPs be equal to Body for a +5 factor cost. 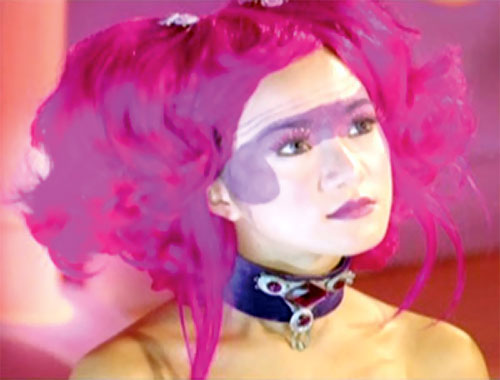 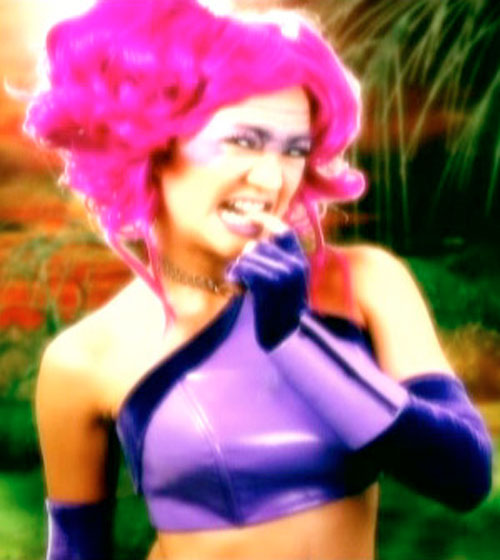 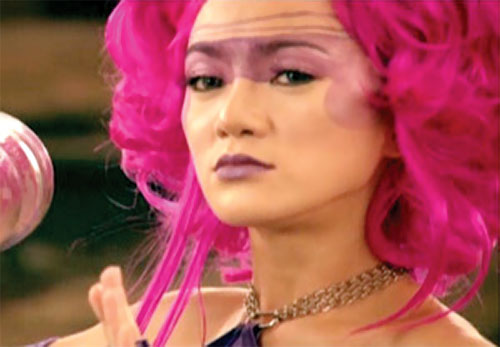 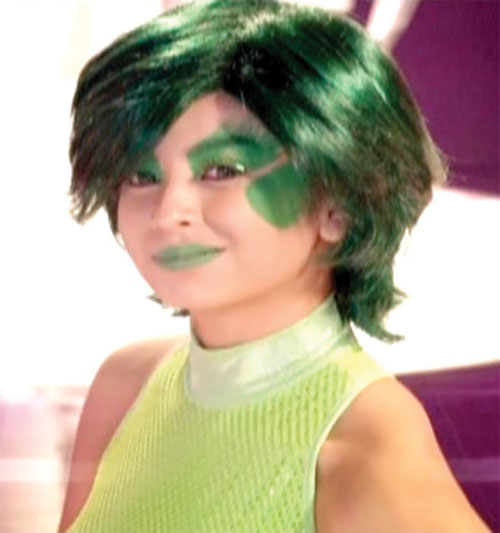 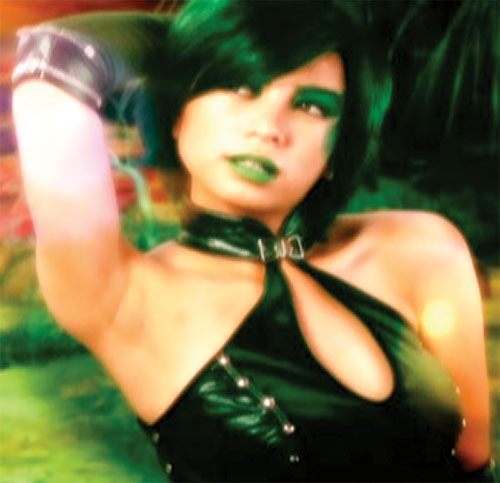 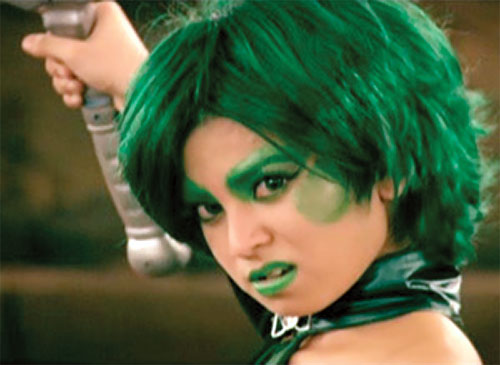 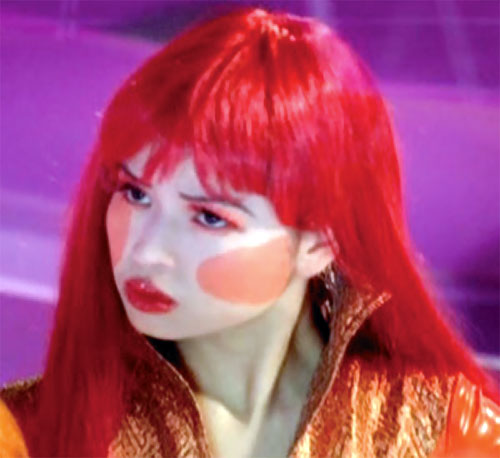 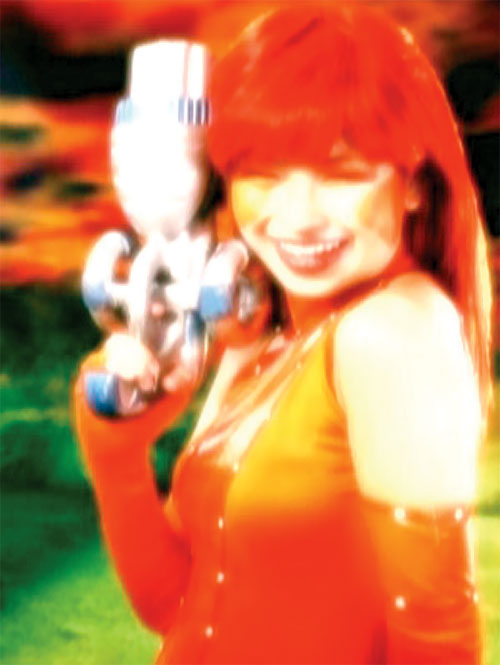 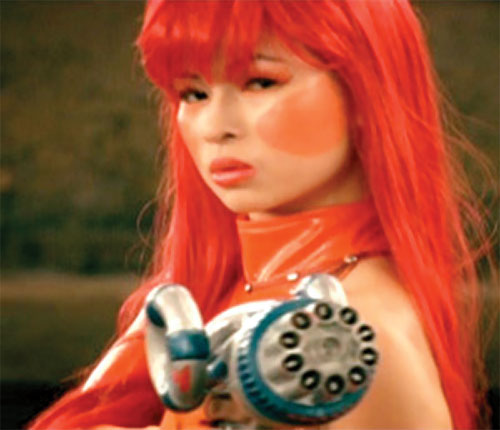 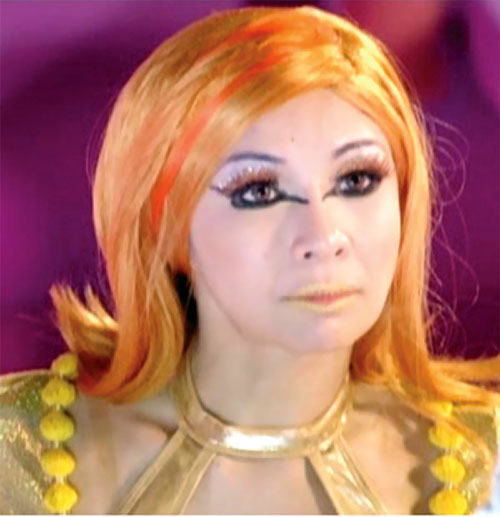 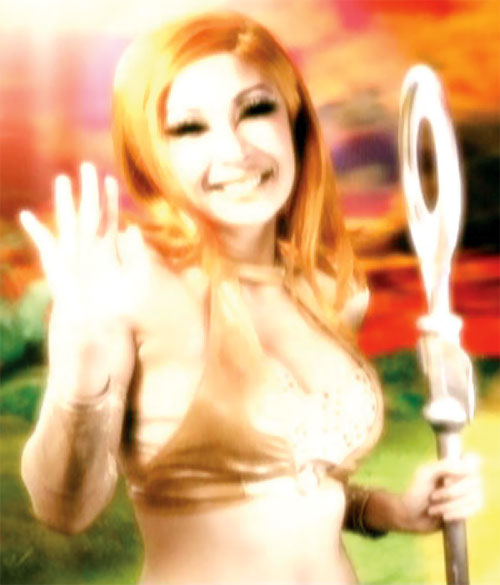 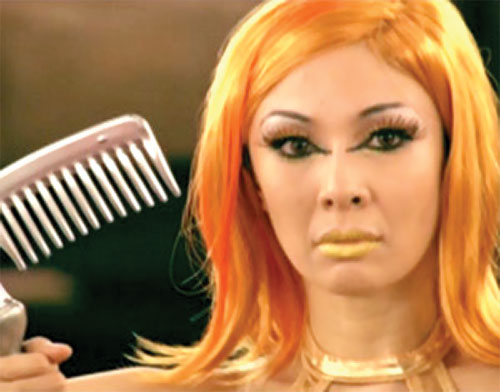