Amber was built around the concept of the “electromagnetic agent”. Her magnetic powers to manipulate electronics and machinery allow her to :

This makes her indispensable to any sort of commando or espionage team. 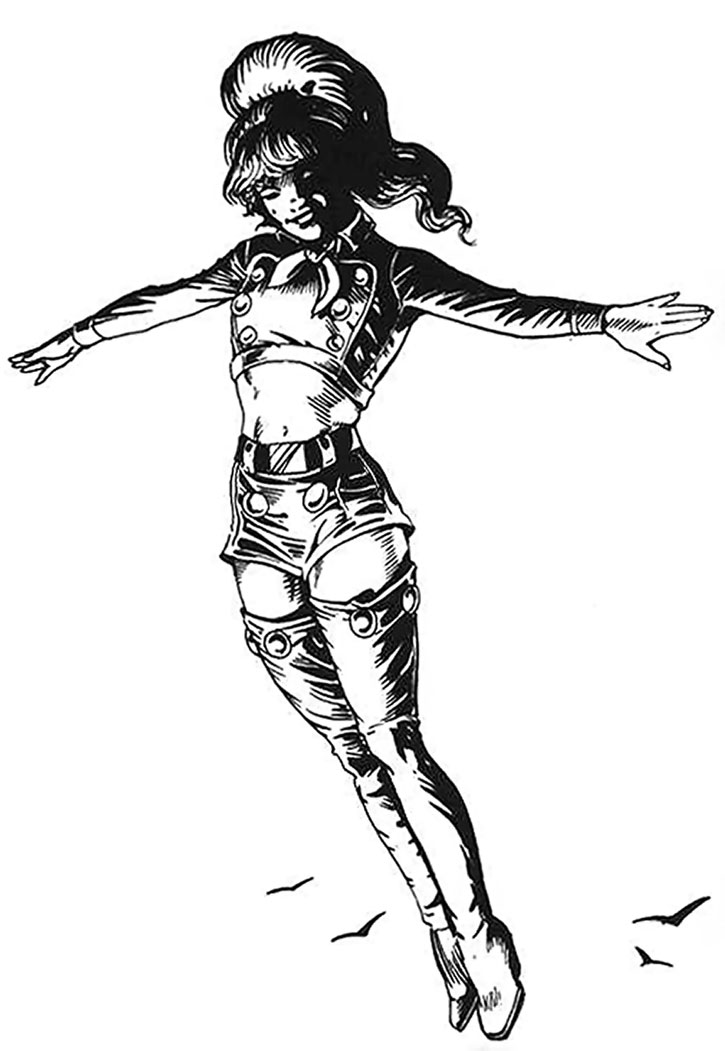 Upon completing the original design work, Matrix scientists realized that they had designed “Agent : Amber” better than they had anticipated. They re-examinated her genetic blueprint. From there they came up with a variety of additional imaginative and esoteric uses for her abilities :

Matrix gave the scientific team who had come up with these additional applications of Amber’s abilities an extra month’s vacation, with all expenses paid.

The DNAgents were designed to be a commando squad that could take care of Matrix’s dirty work, from espionage to paramilitary action.

At the very end of the series, the DNAgents were captured by Matrix and put back into the vats for future use. Matrix also convinced the public that everything to do with the DNAgents was just a big media hoax.

Amber is a teenager. She wears her hair long, tied into both a bun and a queue.

She wears yellow shorts, top and high boots, and a blue foulard tied around her neck. Her top has two rows of heavy brass buttons. She looks somewhat like a cheerleader, I’d imagine…

Amber is naïve about the world around her. She has an unusually trusting nature and tends to view things as if seen through rose-coloured glasses.

Also, there was actually an issue of Tales of the Teen Titans where a DNAgents-like group (the RECOMbatants) showed up, only to sacrifice themselves at the end issue. In that month’s issue of DNAgents, a Titans-like group, Youngblood, showed up, dying in a similar manner.

If worked into the DCU, the DNAgents take the place of the RECOMbatants, except they save the day without having to sacrifice themselves.

Bonuses and Limitations:
All Powers saves Systemic Antidote are Contingent on Magnetic Control.

Drawbacks:
Innocent, Misc.: Highly dependent upon Matrix, who do not always work in her best interests.

Source of Character: DNAgents comics (Amber and the DNAgents were created by Mark Evanier).