AMEE (Autonomous Mapping Evaluation and Evasion) is a combot  designed for scouting and guerilla warfare. It has the appropriate tactical programming and sensor packages including an onboard GPS (Global Positioning System). AMEE is extremely swift, cunning and agile.

AMEE has no on-board weapon systems (which minimizes its weight for stealth purposes and discourages attempts to engage large threat forces on its own) but is programmed and designed to use any form of weaponry that a human can.

AMEE has an on-board self-destruct system that is triggered in the case of catastrophic damage inflicted by opponent forces. This ensures that AMEE’s technology will not fall into enemy hands.

Despite the robot’s metallic appearance, it is in fact constructed of lightweight advanced plastics. This provides excellent durability while keeping AMEE’s weight very low. When folded up into its storage configuration (a compact cube), AMEE can be lifted and moved by a single person with minimal exertion and without moving equipment.

AMEE is a frightening unarmed combatant, moving with superhuman speed and strength and inhuman flexibility. AMEE constantly alters its orientation to disorient opponents, fighting upside down and right side up, forward and backward, switching from bipedal to quadrupedal stances.

The hardened striking surfaces of AMEE’s manipulative appendages allow it to easily cut through items as tough as a metal pole is a single swipe.

AMEE often uses its X-Ray Vision to help target vital organs and weak points. The only reason the MARS-1 crew wasn’t slaughtered in seconds when AMEE went rogue was that it was applying guerilla tactics. In particular, it was more concerned with testing the crew’s abilities and responses than simply killing them.

To further its reconnaissance abilities, AMEE has a deployable rotary-wing aerial drone that it can launch from its back. Once in flight, the drone transmits sensor information back to AMEE, giving the robot a bird’s-eye view of the area.

AMEE sometimes had the drone swoop past a target before AMEE itself attacked, which served as both a final close survey before combat and a distraction from AMEE’s approach.

The drone can also be used as a crude missile, colliding with a target and then igniting its own fuel supply. This may be used as a improvised attack or as part of AMEE’s self-destruct sequence, in the latter case crashing into AMEE before detonating.

This is only in 360p due to age (so you might as well watch it on this page), but it shows the distinctive way in which AMEE moves.

The AMEE (Autonomous Mapping Evaluation and Evasion) drone was designed for the U.S. Marine Corps . AMEE’s primary function is intelligence gathering via direct reconnaissance, but it is capable of autonomous scouting and combat action.

It is unknown how common AMEEs are. But given its extensive capabilities and the fact that NASA only had an AMEE because the USMC was willing to loan it to them, it is likely that AMEEs are extremely expensive and thus relatively rare.

An AMEE was loaned to the MARS-1 expedition in the late 21st Century to assist with navigation on the ground. The MARS-1 lander malfunctioned and the AMEE unit was damaged. When the MARS-1 crew attempted to shut it down to salvage its mapping module, it reacted to the threat by going into Military Mode (see Personality).

Fortunately for the crew, AMEE used guerilla tactics and only injured the crew instead of killing them outright. It then hunted the crew one by one until the final member managed to destroy it.

AMEE looks like a Terminator Endoskeleton designed in a feline motif, albeit with a cylindrical head sporting a single octagonal blue visual sensor. AMEE usually walks on all fours, but can stand on its hind or forward legs. AMEE’s movements are extremely fluid, taking advantage of its universal joint articulation.

While inactive, AMEE will fold itself into a compacted cube for easy storage.

The AMEE robot can operate either by remote control or on its own initiative. It has several distinct operation modes:

The first stage of Military Mode is to engage in guerilla warfare. This allows AMEE to assess the enemy’s overall strength and capabilities while also weakening the opponent forces in preparation for more direct offensive action.

Standard tactics in this mode include engaging in intimidating displays to demoralize the enemy, injuring troops to hinder the force’s movement, and killing isolated soldiers while transmitting a video of the maiming and execution to the enemy.

Once the enemy has been sufficiently assessed, weakened and demoralized, AMEE will initiate a seek and destroy mission. This usually involves singling out and eliminating the remaining threat forces one by one.

AMEE stats could be used for any high-tech facility or paramilitary unit requiring mechanical watchdogs. Invading aliens testing Terran defenses might deploy units similar to AMEEs. A rogue AMEE from a military research facility could be a significant threat to PCs or innocent bystanders…or a great pet.

All of AMEE’s joints are designed to rotate 360 degrees and otherwise move with inhuman flexibility. AMEE uses this ability to great effect in combat, disorienting opponents by constantly switching from bipedal to quadrupedal stances, fighting while standing both right side up and upside down, and attacking targets in front and behind it.

These tactics make it unusually difficult for most fighters to anticipate AMEE’s offensive or defensive moves until they can adjust. Consequently, opponents in close combat with AMEE suffer a +1CS Unfamiliarity Penalty to AMEE’s OV when attempting to attack her and have a -1CS to their OV versus AMEE’s unarmed attacks.

As with most Unfamiliarity Penalties, this will only affect the first three phases of combat. At the GM’s discretion, some fighters may recover after only one phase if they have previous experience in fighting inhumanly flexible or agile opponents.

If AMEE’s self-destruct is triggered, the robot will try to maximize its effectiveness by detonating both its explosives and the aerial drone’s payload simultaneously. If the drone is not deployed, both Bomb Powers activate simultaneously, added together using AP math for a total of Bomb: 11 with an Explosive Radius of 2 APs.

If the drone is deployed, the drone will fly toward AMEE if it can reach the robot in less than 5 phases, attempting to collide with AMEE and detonate along with it for the same effect as above. If the drone is more than 4 phases of flight time away, the two robots will simply detonate separately. 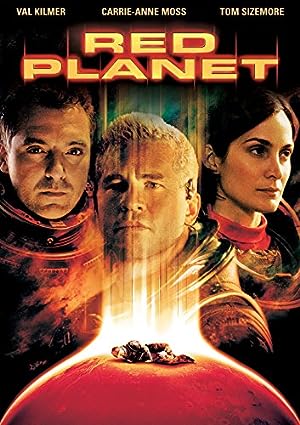 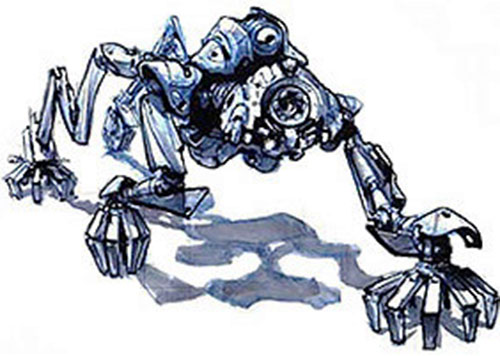 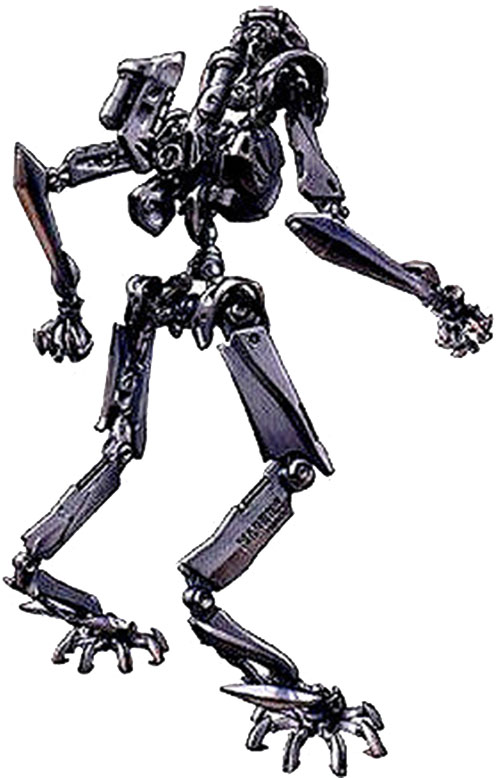 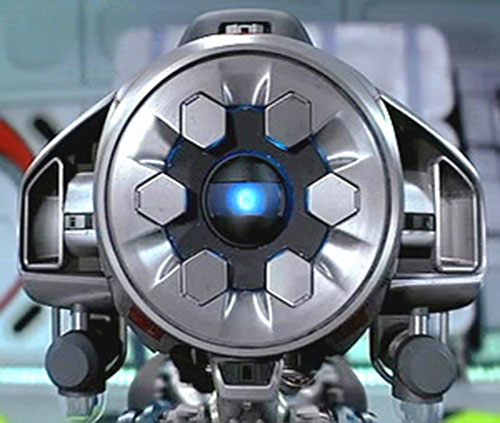 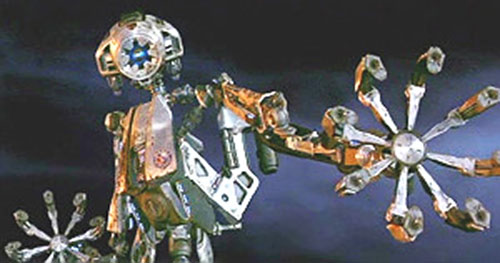 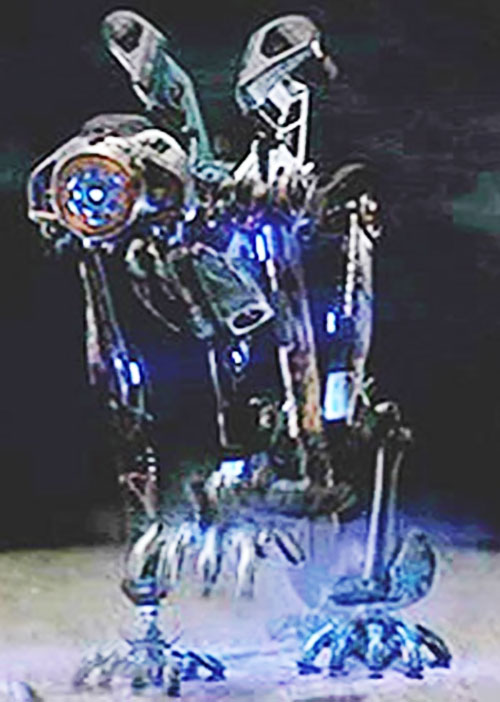 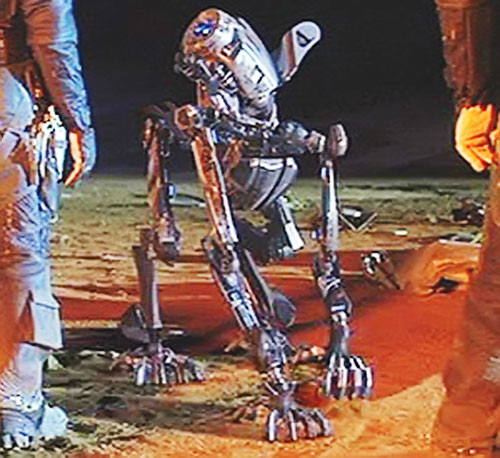 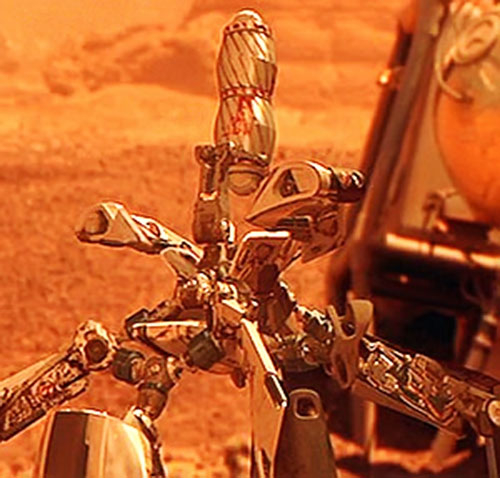 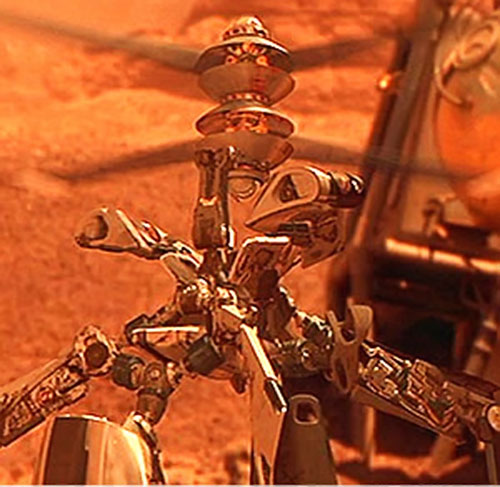