He’s a very skilled ninja killer dude. He has traditional ninja weapons, but also improbable launchers on the back of his hand that can shoot darts, a jet of flame or a laser, and include a knockout drug injector. He knows how to set up and run special camps where goons are trained to become… ninja goons ! 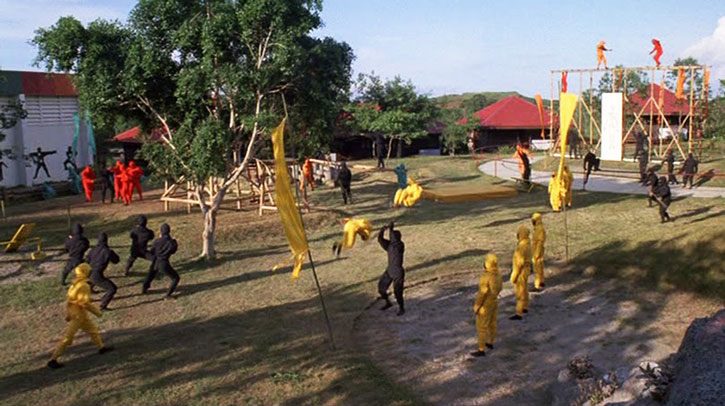 Apparently, the goons trained by the Black Star Ninja go through a cycle of oddly-coloured ninja uniforms, and get to wear normal black ninja garb when they graduate (my guess about the uniforms cycle would be powder blue → industrial yellow → dull orange → bright red → black, from the camp in the movie). At the end of the day, they are still goons, though.

The Black Star Ninja is said to be the top-ranking ninjutsu sensei outside of Japan. He’s a ruthless mercenary who will sell the secrets of ninjutsu, mostly to train mooks. This occupation may be the reason why he’s said to have “broken the code”, which seems to be a pretty serious thing among ninja people. 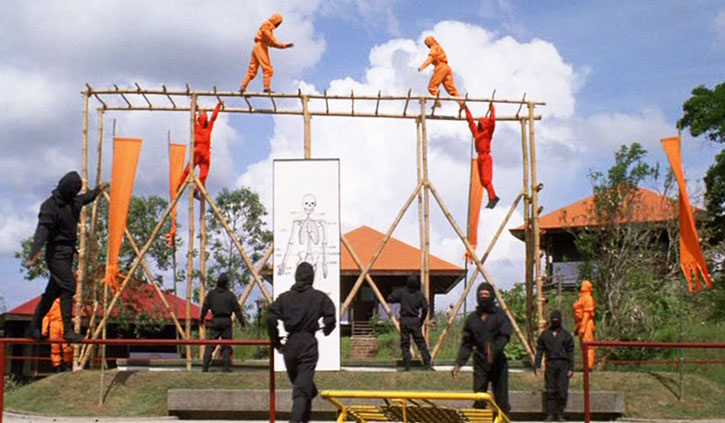 He came to serve an eviiiil crimelord in Philippines, called Ortega, as his chief trainer, commander of ninja and personal assassin. He clashed with Joe Armstrong, kidnapped the Annoying Girlfriend, and even managed to kill his Old Nice Japanese Master during the Big Final Fight. But Joe, the American Ninja, eventually outfought and killed him.

A professional killer with no regard for human life, who does his job as a disciplined retainer. He enjoys facing other ninja people to determine who’s best, and will of course fight to the death. He does not talk much (he’s a ninja !) but has a distinct Japanese accent when he does. 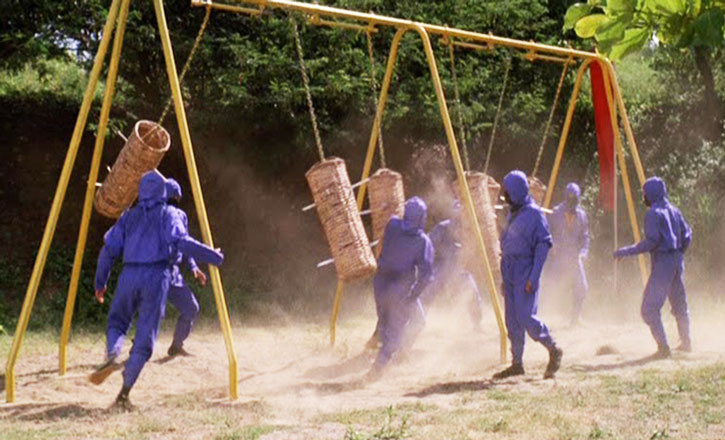 “Who is he ? He possesses great skill.”

He would definitely have been an agent of the Council, fighting the original Manhunter.

Advantages:
Expertise (Ninja teleportation — he can predict where a teleporting ninja master will reappear and attack him when he does without penalty), Language (Japanese), Schtick (Paired kama).

Drawbacks:
Minor Rage, Misc.: The Black Star Ninja has “broken the code” (whatever that means) and other ninja folks will want to kill him on sight.

Benefit 1 (Can predict where teleporting ninja masters will appear, and attack them without penalty), Benefit (International underworld contacts), Equipment 1, Instant up, Language (Japanese).

* Without Defensive Roll
** Can be 12 vs. firearms

Source of Character: American Ninja I movie. Character played by Tadashi Yamashita (a karate instructor who was a recurrent figure in early martial arts movies). 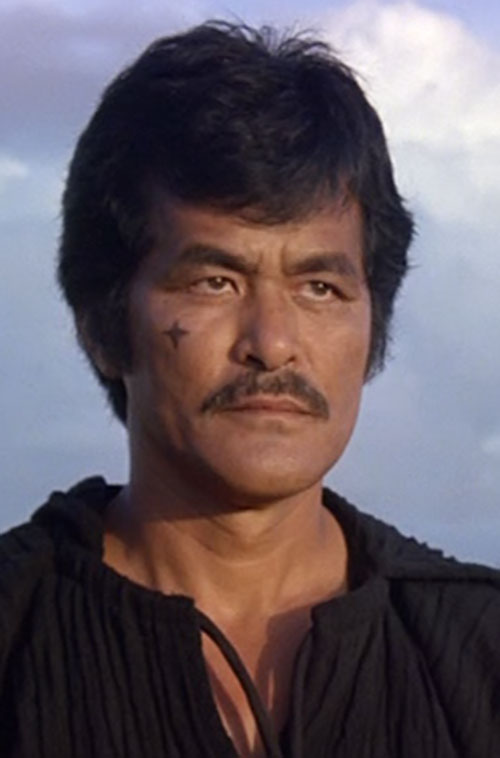 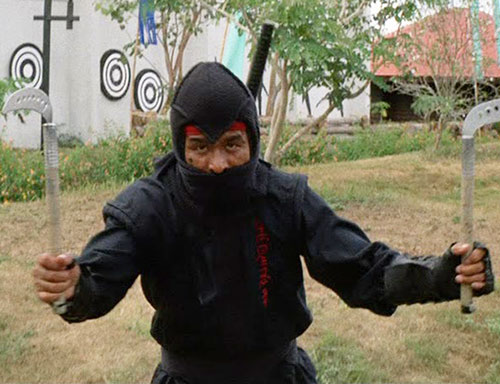 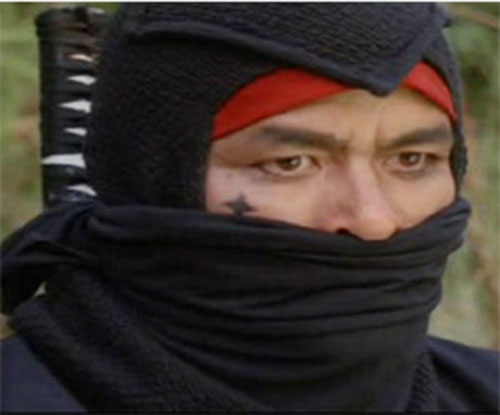 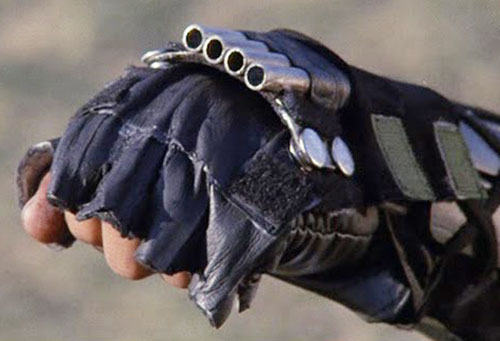 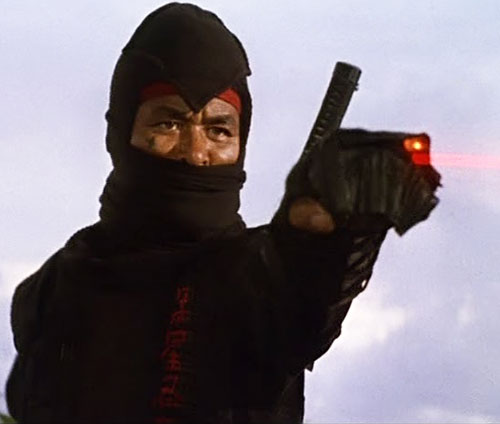 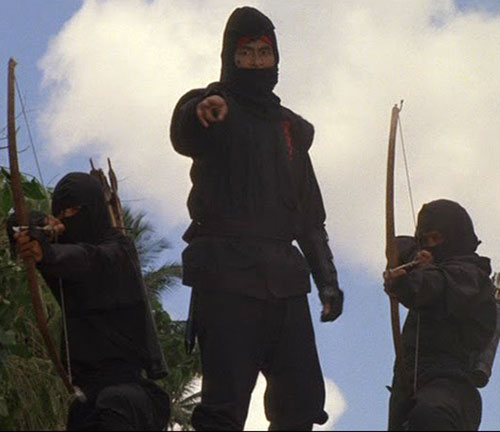 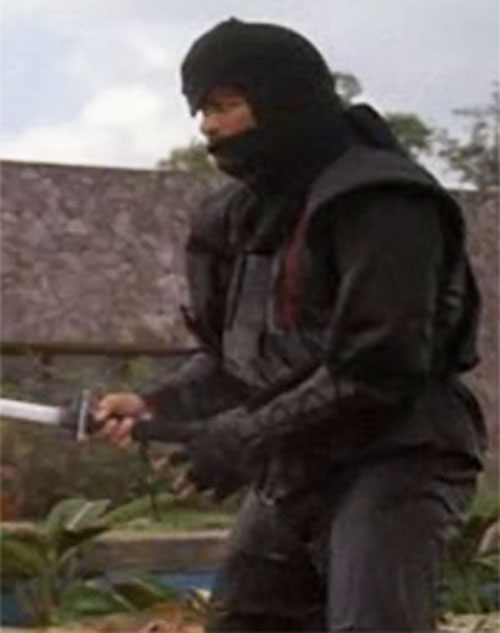