Amphibion was created and trained for combat. Thus, displays astounding strength and fighting skill. He can, in fact, fight the Hulk himself, as long as the Hulk does not get significantly enraged.

He’s also a competent adventurer, although overshadowed by the much more experienced Banner. Finally, he can handle all sorts of technologies – enough to act as a lab assistant for Banner.

Amphibion was bred by the people of Xantares to be their champion – the “greatest warrior in the known galaxies”. He was entrusted with a quest – to recover the Ultimate Machine. This artefact was then kept on Watcherworld, the home planet of the Watchers.

The Xantares planetary council secretly intended to use the incalculable amount of knowledge stored in this machine to bring stability to their civilisation. Back then, it was experiencing deep unrest.

However, the Leader had also sent an agent to recover the Machine – the Hulk. In his pride Amphibion attempted to prove his superiority as a warrior over the Hulk. He fought him until the Hulk became enraged. At that point the Hulk was strong enough to hurl Amphibion in orbit. However, an observing Watcher teleported Amphibion back to Xantares.

Due to some distortion, Amphibion came back to Xantares years after having left, and his civilization had broken down in utter chaos. The council explained him what was the true point of his quest, and Amphibion questioned their decision to lie to him. They sentenced him an heretic and exile him, forever.

Against the Galaxy Master

His pride as a planetary champion still immense, he overcompensated and asserted his superiority over warriors on alien world after alien world. Amphibion was undefeated during this journey. 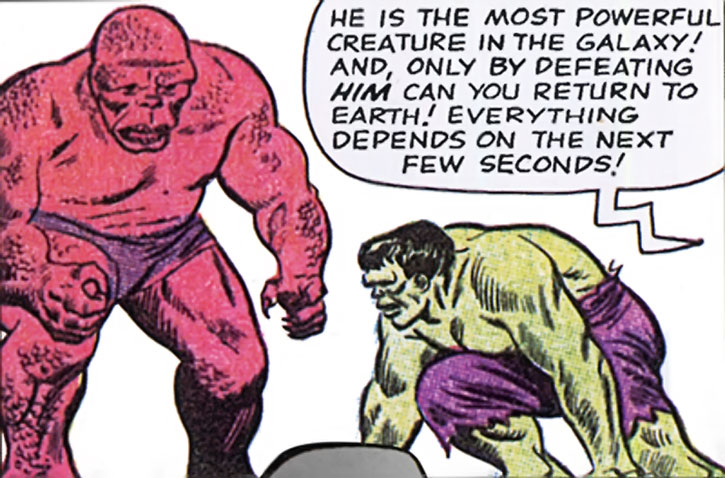 Eventually he was recruited by Empress Daydra, along with two other champions, to fight the Abomination (Emil Blonsky). Back then Blonsky was known as the Ravager of Worlds and working for the terrible menace known as the Galaxy Master.

The Abomination had his power greatly enhanced by the Galaxy Master. As a result, he was able to defeat the three champions sent by Daydra – and thus Amphibion knew his second defeat.

Daydra and her three strongmen, including Qnax, then travelled to Earth to locate and bring back the Hulk, the only being who ever defeated the Galaxy Master. They succeeded, but the terribly proud Amphibion picked two pointless fights with the Hulk along the way.

After those three defeats, Amphibion swallowed the bitter pill of humility and renounced his huge pride. He also came to realize how much he missed his lifemate and offspring, and how concerned he was about their welfare on the chaos-ravaged Xantares. Still considering himself a champion of Xantares, he quested again for the salvation of his homeworld, whether the council approved or not. 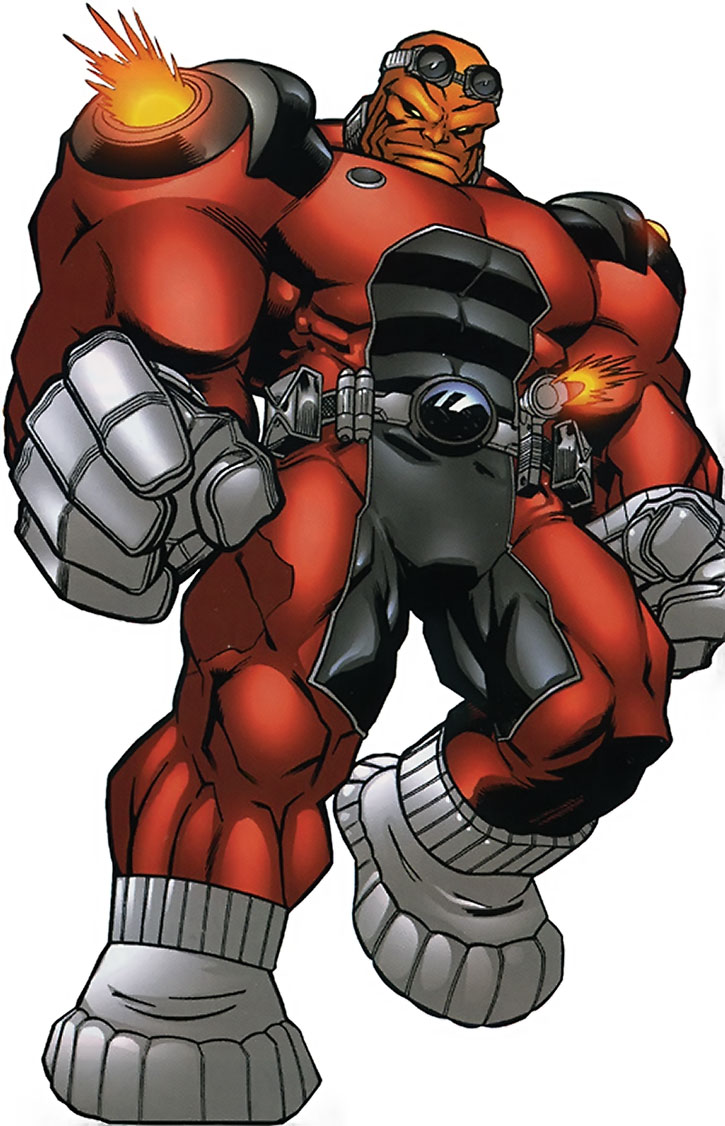 Taking a cue from Empress Daydra’s strategies, he went to Earth to contact Bruce Banner. Amphibion asked for his help in finding the Ultimate machine on Watcherworld. Banner had just lost his wife Betty, apparently killed by the Abomination. Thus, he empathised as Amphibion explained about his wife still being on Xantares.

The pair rebuilt the machine that the Hulk on Watcherworld during the first quest and teleported to Watcherworld. However, a force field surrounding Watcherworld deflected them to the nearby world of Bodiferos.

One Watcher, who had just lost his mate, was on Watcherworld. His anguish was psychically driving peaceful Bodiferos mad with nightmares and violent impulses. It also triggered a rage fit in the Hulk, which Amphibion calmed upon finding him. The two questers worked with the Bodiferos to reach Watcherworld. There they found the grieving Watcher, asking him to lend them the Ultimate Machine.

After Amphibion, Hulk and the Bodiferos people pleaded their cases, the Watcher let them handle the Machine for a while. As a result Amphibion came to realise that the council on Xantares only wanted power, and was not motivated by any sense of caring toward the people.

Amphibion decided to go back to Xantares and start a one-man revolution to save his world.

For a long time, Amphibion only wore blue briefs ; also he seemed quite scaly and brutish.

When later seen, Amphibion was wearing a sort of light space suit and looked smoother and less brutal.

At first, Amphibion was insufferably proud. He was convinced he was indeed the absolute greatest warrior ever. He took any defeat very hard, had to prove his physical superiority over anything that seemed worthy, and was obsessed by getting a rematch against anything that beat him.

After he learned humility, Amphibion was a much more agreeable character. He spoke in an elaborate, articulate way, as if his adventures were part of an epic saga. It often bordered on the poetic. The quote below is a good example of his way of speaking.

He wasn’t brashly overbearing any more, and was more likely to talk and negotiate calmly than start fights. He even was awed for a short time by the Watcher they met. He still considered himself second to none except the Hulk, however.

Amphibion was very big on the concept of destiny. To him everything is already written somewhere, and sentient beings can only make the best they can with the destiny they have. He does not believe in luck.

“Godspeed, my terrible companion… I shall be mere moments behind you on this journey across infinity….”

Drawbacks:
Exile (involuntary). Formerly had a SIA to obnoxious pride.

Helper(s): Snood at Marvunapp  for his recap of Amphibion’s history during the Galaxy Master crisis. 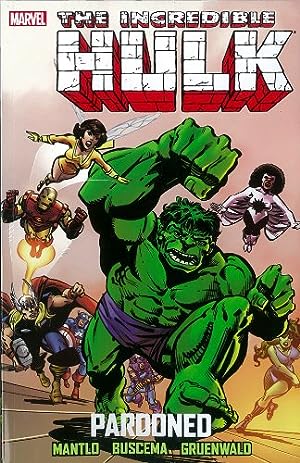 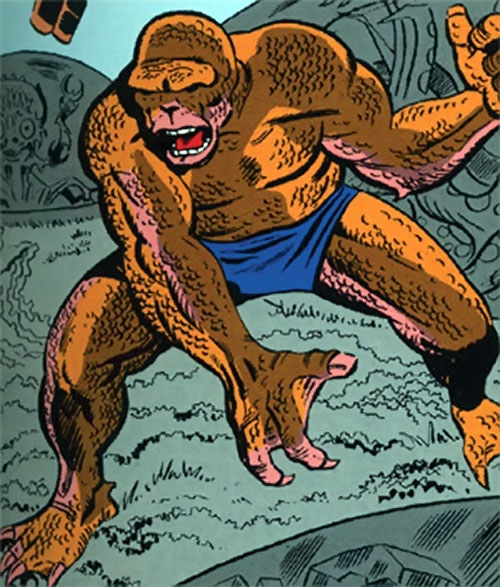