The Android Man is superhumanly strong (about as strong as Spider-Man (Peter Parker)) and tough. It seems programmed to fight using American-style boxing. It can run at superhuman speeds.

It could will itself into suspended animation if refrigerated. It presumably doesn’t have vital needs, though it wasn’t clearly demonstrated.

During his second fight against the FF, the Android Man used a sort of master blow against the Thing. Its arms looked like whirlwinds, rotating at the shoulders. In DC Heroes RPG terms, it spent all Hero Points  on AV/EV.

The Android Man is an early creation of the (Mad) Thinker. It was programmed with a simple imperative – find a specific signal and destroy its source. However, the Thinker was unexpectedly arrested during a clash with the Fantastic Four. The Android Man was left in suspended animation within a hidden base.

Investigating police found the base. They carelessly opened the refrigerated case holding the Android Man. Revived by the warmth, the android rushed out in the street to look for the signal.

After rampaging through Manhattan, the Android Man picked up the signal at last. What he was to destroy were the Wonder Gloves built by the Wizard. However, those were held by Ben Grimm – who had been recently reverted to human form.

The android attacked Grimm and Alicia Masters in a restaurant, easily overpowering them. Desperate, Grimm used the Wonder Gloves to turn himself back into the Thing, wrecking Reed Richards’ cure in order to save Alicia. The Android Man was overwhelmed by the Thing and left inanimate.

The Android Man thus attacked the FF (plus Crystal) as they returned. Although it landed a blow that actually stunned the Thing, he was no match for the team. Susan Storm, who was then rapidly demonstrating new might with her force fields, created a force bubble within the unliving Android Man. She then explosively expanded it, wrecking the creature.

It is entirely possible that the ever-curious Reed rebuilt it again and put it back into storage, though ! Especially since a construct looking very much like the Android Man was seen in 2000 among the Reanimator’s artificial army.

The Android Man tirelessly obsesses over, and rants about, its all-important mission. 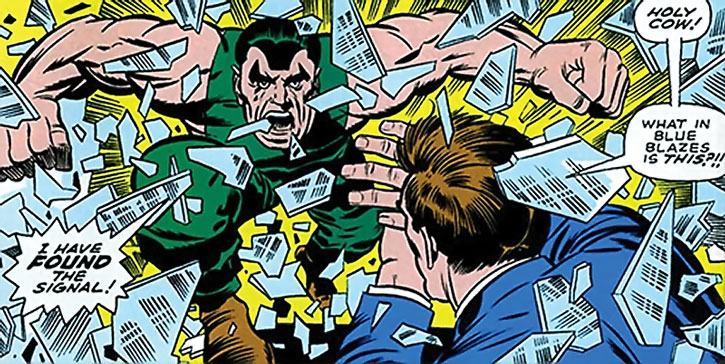 While looking for “the signal”, it’ll thrash everything in sight. Apparently, it was programmed to create chaos and distraction. Or perhaps its programming was unfinished or corrupted.

Its speech has an oddly balanced rhythm, with short sentences in two parts separated by a slight pause.

“There is no signal ! But there must be a signal ! Without it, my mission cannot be fulfilled !”

“Don’t you realise I cannot be stopped ! Can’t you see the Thinker has made me… invincible !”

“Fool ! Your pliable form is a pathetic defence — against the Thinker’s greatest creation !”

Drawbacks:
CIA toward Violence, CIA toward destroying the bearer of the Wonder Gloves. 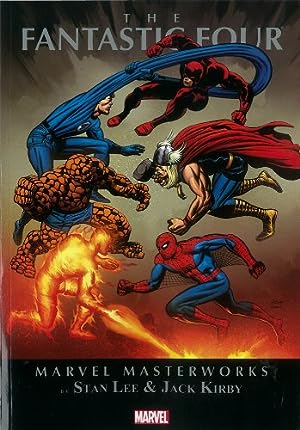 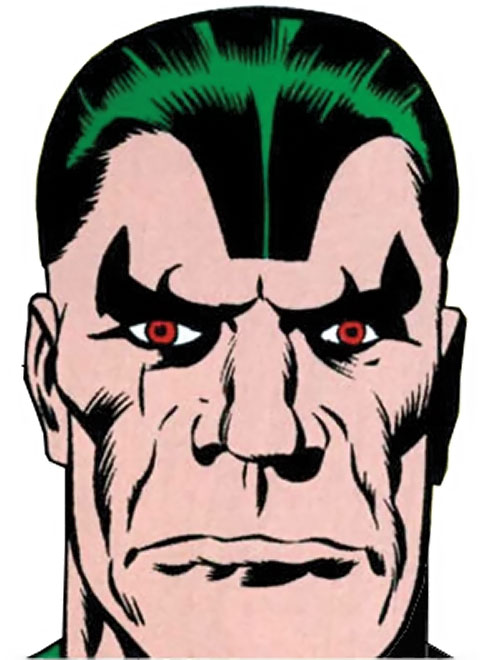 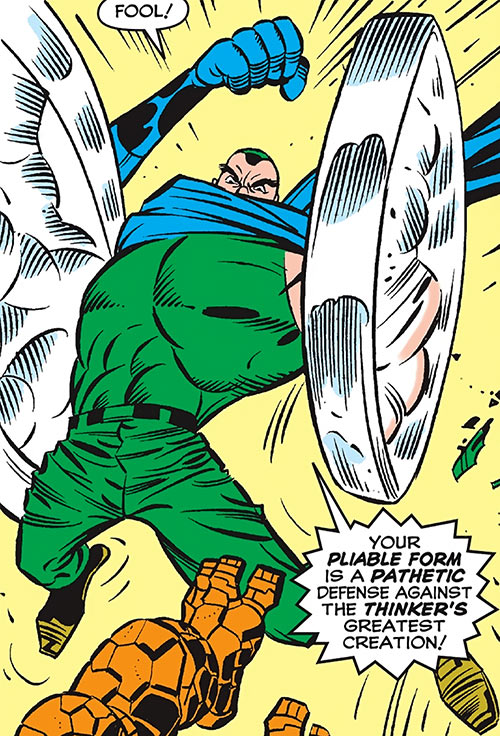