It was based on unused concepts from the creator of the original Star Trek and starred the Hercules actor.

For more context about it, you can first read our Captain Dylan Hunt character profile.

These aliens can jump between the floors of a ship by combining their natural abilities with technology.

While it is very difficult to beat them physically (although Rommie could do it), they are somewhat more susceptible towards blaster and laser weapons, such as the force lance. In DC Heroes RPG terms, their Skin Armor is ineffective against those.

In addition to the technology, their numbers make them a major threat. There are likely millions of these aliens onboard their thousands of warships. Apparently, each and every one of them could easily defeat most humanoids. Their psychological profiles, weaknesses, philosophies and motifs are completely unknown.

The aliens generally operate cloaked. But somehow, they do not seem to notice when the device fails to activate. This leaves them visible and in the open as they try to ambush an enemy that can see them.

They also carry portal devices that can open a “hole” between two pre-programmed points. It is often used for transportation between their warships and the ship of the target for a destroy or capture mission.

It also can be used for automatically sending home the bodies of defeated aliens. This is probably to prevent the enemy from getting their technologies.

It seems possible that their superhuman abilities are derived from an exoskeleton  or the armor that they wear, but that has not been shown. It seems likely that at least their intangibility and cloaking abilities, which give audible signals whenever activated or deactivated, are technological.

Said intangibility and invisibility are used as powerful weapons as they are able to appear out of nowhere, grab a surprised opponent and then drag them through the hulls into outer space. Or just cut them in two by a powerful sneak attack.

These aliens do not use ranged attacks at all, which is a blessing for their enemies. They instead prefer 5-7 inches retractable blade weapons.

The aliens make themselves visible when entering hand-to-hand combat. This may be a technological limitation, but much more likely due to an honor code about worthy opponents. This is somewhat similar to the behavior of the Predators in the eponymous movie series.

The aliens that the Andromeda crew faced likely belong to a warrior class. In fact, the first two aliens that nearly managed to defeat Rommie and Hunt are to be considered advance elite forces of such troops.

There likely is a caste of scientists in their home dimension as their technology level is extremely advanced. This is shown by the construction of:

During the second year of Dylan Hunt’s mission to re-establish the Systems Commonwealth the Andromeda Ascendant was host to 50 high-ranking delegates. These had come from 50 different planets there to sign a common charter.

The celebration, which was partially clouded by Nietzchean spies and saboteurs. But worse, mysterious, invisible aliens appeared aboard. These just snatched and killed delegates, apparently at random. No one had ever seen or recorded this race before.

The ambassador’s parties are reputed for alien attacks

Dylan Hunt and Rommie fought the first wave of attackers in hand-to-hand combat and by ranged weapons. They barely survived the ordeal. Immediately thereafter an alien warship appeared out of nowhere. She initiated space combat with the Andromeda. 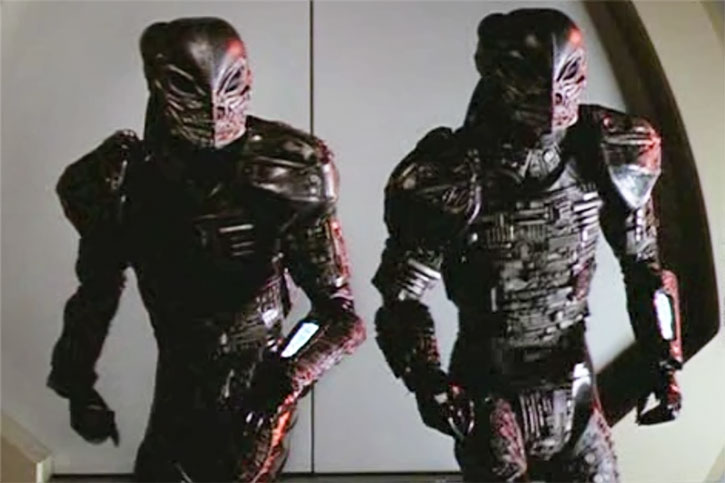 Trance Gemini informed Hunt that this was the great disaster that she had seen forthcoming a long time ago. That was what she had been sent back in time to prevent.

The alien warship could seemingly make itself intangible every time it was fired upon. Only with the precognitive help of Trance Gemini did Hunt and Rommie manage to defeat it.

More alien ships appeared out of nowhere. However, the Ascendant was now aided by New Commonwealth warships, which had been patrolling in the vicinity during the charter signing.

Using clues provided by Trance Gemini, they traced the source to a vast dimensional tunnel. The crew suspected that it led to a pocket universe, but enemy ships continued to emerge from it.

The crew devised a desperate plan where the Maru, piloted by Beka Valentine and Trance Gemini, would take out the enemies using a new super-bomb dubbed Roseanne. Roseanne had been created by their engineer Harper to be used against the Magog worldship.

However, Trance, who knew the future, stopped this plan. She explained that it would instead kill them all, except for Trance and Beka, as the bomb would detonate prematurely. This catastrophic action would also lead to the breakup of the Commonwealth before it could become a stable political unit.

The source of the matter

So, instead, Tyr Anasazi went with Beka on the Maru. His job was protect her from any interdimensional aliens so she could manually detonate Roseanne at the right moment, sidestepping the predicted disaster. 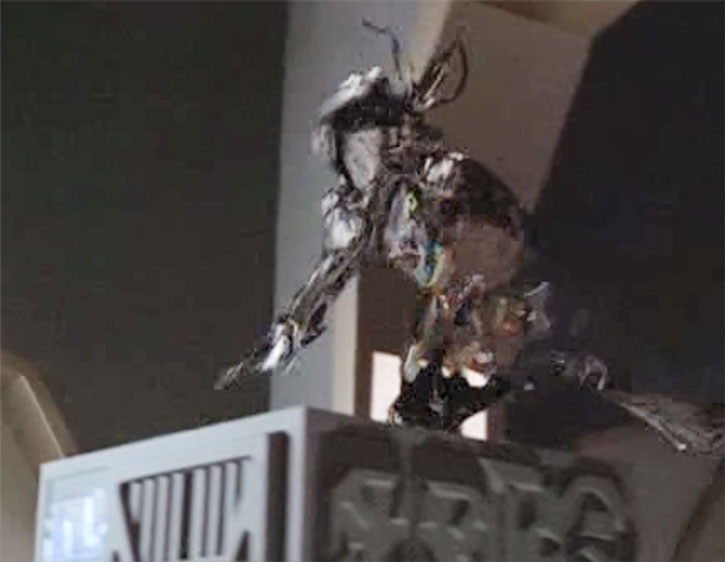 Eventually, the two got close enough to the emerging alien ships. They fired away Roseanne. It detonated with enough force to destroy not only all the alien ships but also the generators on the other side of the dimensional portal. Thus, the portal itself seemingly permanently shut it down. That ended this enigmatic alien threat.

One year later, another group of aliens appeared via a rudimentary dimensional tunnel generator. The ship’s crew were caught off-guard. Thus, the invaders could kidnap Rommie. They left through a portal before the other crewmembers could get there in time.

Hunt and Tyr managed to track the abductees. They defeated more otherdimensional  aliens to free Rommie, who was held in an underground complex. The trio decided to blow up the place, to prevent the possibility of another interdimensional invasion.

Rommie constructed a powerful bomb, and started its timer as the trio left for Andromeda, fighting ragtag teams of aliens on the way. Meanwhile those left on the Andromeda located a new interdimensional portal in space. It was bringing in armadas of alien warships.

As the trio had returned to the Andromeda they were now facing hundreds of alien warships!

The bomb left behind in the alien base unexpectedly destroyed the entire planet. This destabilized the interdimensional space tunnel, which started sucking the invading aliens back in. The Andromeda managed to escape at high speed. The tunnel then collapsed. 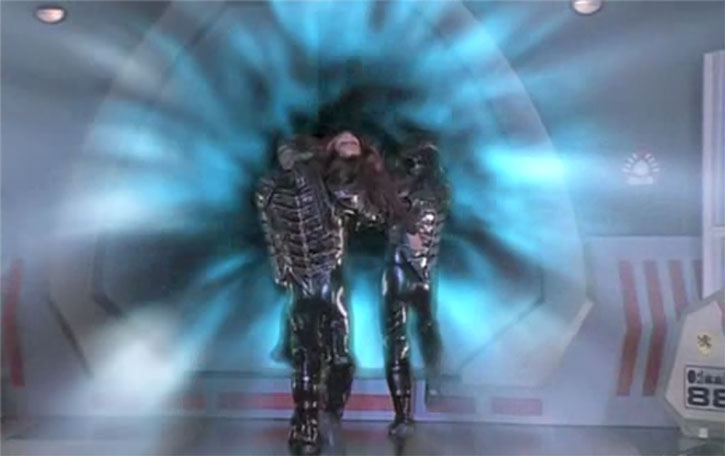 An alien portal in action.

Trance Gemini noted that on the other side of that tunnel had been the Abyss, living in a time bubble of another universe. She concluded that this may have been yet another test. When everything seemed to be back to normal a new warp tunnel opened up inside the ship. Another alien appeared.

He appeared humble and offered Captain Dylan a ritualistic knife. Then he collapsed and disintegrated before the amazed crew. Dylan took this as an honor sign and noted that they had passed the test (S03E11).

The aliens remain a mystery, but fan fic and perhaps the last season have a lot more to say about this I’m sure!

The pocket universe aliens, very often invisible, are clad in some sort of full-covering black armor with goggles. That make them somewhat reminiscent of Predators.

They never speak, only grunt and screech. They walk around in a skulking fashion before the attack.

These aliens are extra-dimensional melee warriors specializing in unarmed combat and stealth tactics as enhanced by superior technologies. They are very likely a warrior caste serving their larger population.

Little is known about their culture, philosophy, religion (but they may be connected to the Abyss) or even language as they never speak with humans. Their final act suggests that they employ some sort of warriors honor code, through which a strong, worthy enemy is honored and left alone.

The individual stats of these aliens may vary with the elite having up to 01, 02 or even 03 APs higher Attributes and Skills and possessive of more HPs.

Writeup completed on the 6th of September, 2014. 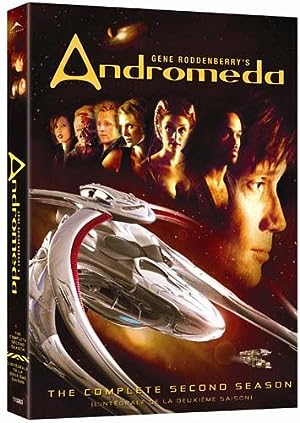 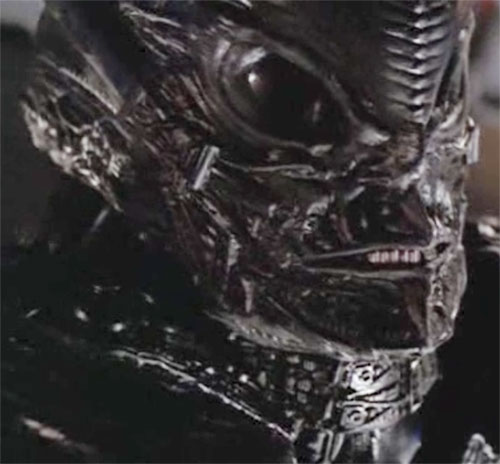