Angel did not gain any additional powers – although he can provide faster, longer bursts of speed than he could before. However, he’s faster, tougher, better trained and far more experienced.

His in-flight agility is now remarkable – he’s a master of aerial combat, and can defeat many opponents by simply outmanoeuvring them. 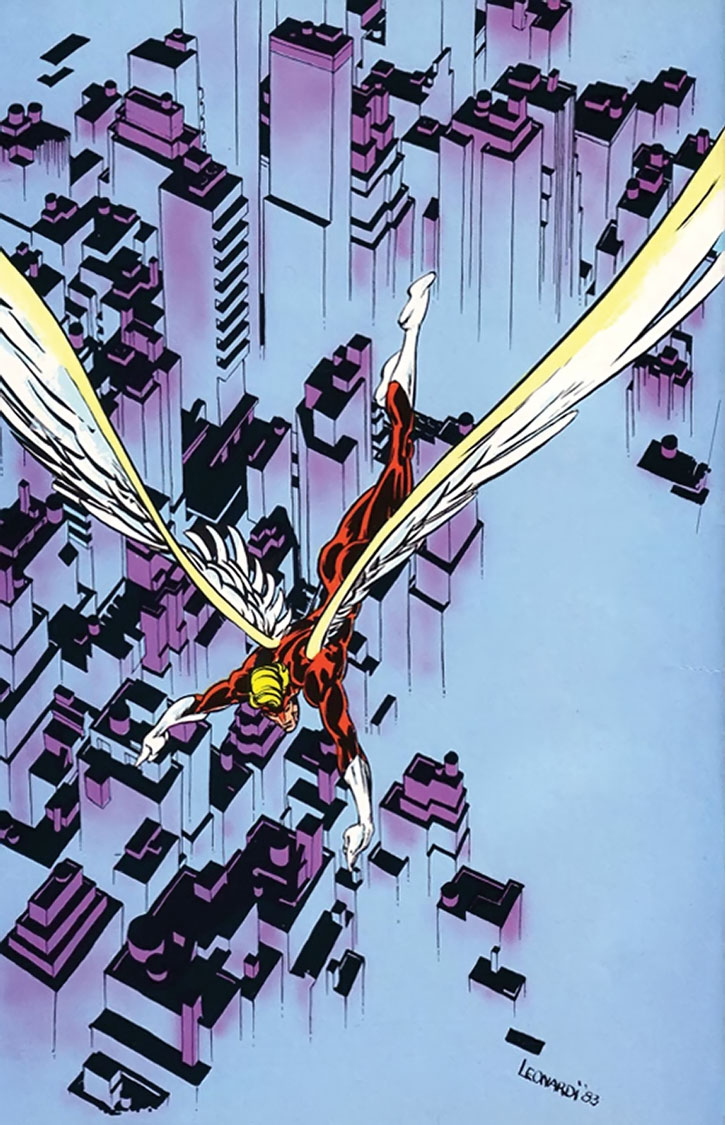 Warren Worthington III was attending a private school in his adolescence when wings began to grow from his shoulder blades. The wings reached their full adult size within months, but Worthington kept them a secret by strapping them tightly to his back and concealing them under clothes.

At first he thought himself a freak. However, Worthington learned that he could use his wings to actually fly and came to enjoy his newfound ability.

Then one night there was a fire in his dormitory, and he resolved to use his flying power to rescue the people inside. To conceal his identity, Worthington wore a long blonde wig and a long nightshirt, so that he looked like an angel. The rescue was successful and his identity remained a secret.

Shortly thereafter, Worthington became a costumed crime fighter in New York City under the name the Avenging Angel. He was then contacted by the X-Men, a team of superhuman mutants, and agreed to join them, becoming one of the group’s original members.

Years later, shortly after Professor Charles Xavier, the founder of the X-Men, recruited several new members for the group, the Angel decided to leave the team. After his parents’ death, Worthington inherited a fortune, and he used part of it to found a Los Angeles-based organisation of superhumans called the Champions.

Worthington also publicly revealed that he was the Angel. He and Xavier managed to keep secret Worthington’s connection with Xavier’s school, the cover and home base for the X-Men.

When the Champions failed as an organisation, Worthington decided to devote his time from then on to his business duties and to his girlfriend Candace “Candy” Southern. Worthington also briefly returned to the X-Men.

The Angel later joined another team of superhuman adventurers, the Defenders. He remained with them after the Beast, another of the original X-Men, reorganized the group. The Defenders used the mansion and estate that Worthington and Southern jointly owned in the Colorado Rocky Mountains as their base of operations.

Several of the Defenders seemingly perished in a battle against Moondragon and the Dragon of the Moon. As a consequence the Angel joined 4 other original members of the X-Men in founding X-Factor. This organisation would seek out and aid superhuman mutants under the pretence of hunting down “mutant menaces.”

Worthington brought in a friend from school, Cameron Hodge, to act as X-Factor’s public relations director. Unknown to Worthington, Hodge was the leader of anti-mutants movement The Right. He intended to use X-Factor to exacerbate anti-mutant sentiments in the general public. 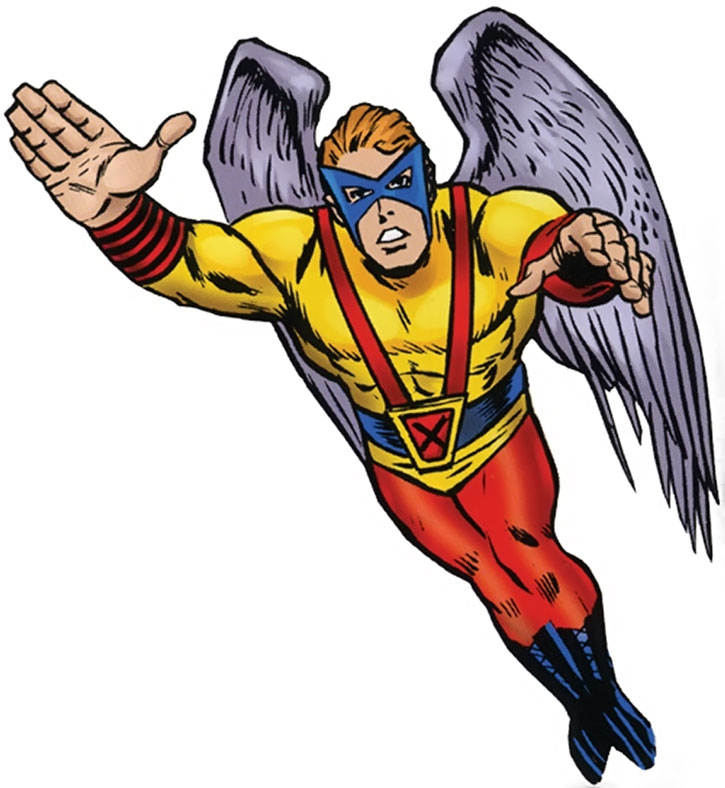 Mystique, leader of Freedom Force, discovered that Worthington, a known mutant, was secretly the financial backer of X-Factor, which was publicly believed to be a mutant-hunting organisation. She leaked this information to the news media, generating great controversy.

Subsequently, in a battle with the Marauders during their massacre of the mutant Morlocks, the Angel was caught by Blockbuster. Another Marauder, Harpoon, then impaled the Angel’s wings with his weapons.

The thunder god Thor rescued the Angel, but the bones of the Angel’s wings had been permanently crippled, and his wounds became infected. As a result, surgeons amputated Worthington’s wings.

Worthington changed his will, leaving his fortune to X-Factor, thereby unwittingly playing into Hodge’s plans. Shortly afterwards, in despair over the loss of his wings, his breakup with Southern, and the controversy plaguing X-Factor, Worthington apparently committed suicide in a small aircraft that exploded.

As a civilian, the Angels dresses like a playboy. But unlike when he was young, you don’t get the impression that his nose is turned up.

Like most other members, Warren did a lot of growing up since his early days. He now assumes his wealth and the responsibilities it brings him – but at the same time he’s a free spirit and a man who loves leisure.

This somewhat hedonistic attitude is expressed in the great pleasure he takes in flying, his favorite way to spend the time (although he has to spend time to arrange for the development of his business empire).

While he’s not a natural leader, he’s a great guy to have on your team. He’s experienced, responsible and brave, despite seeming a bit flighty at times.

At this point of his life (before meeting Southern), he pretty much as a new woman every month. It is quite possible he’s compensating for the loss of affection suffered in the loss of his parents.

Bonuses and Limitations:
Skin armor only works against falls (-3). 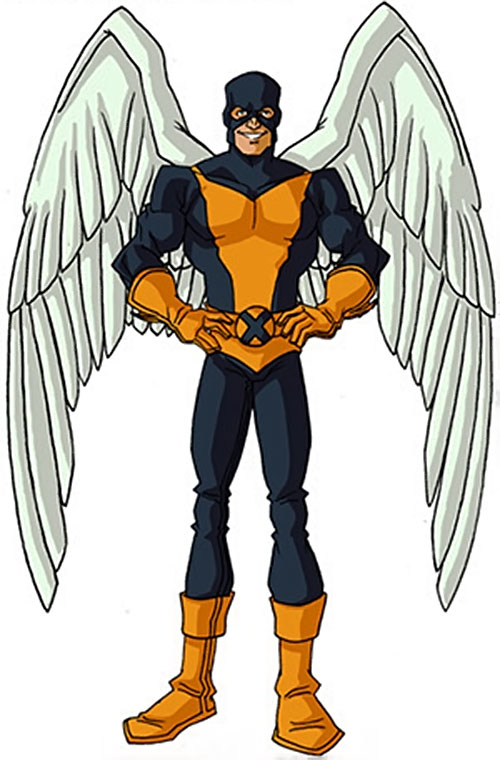 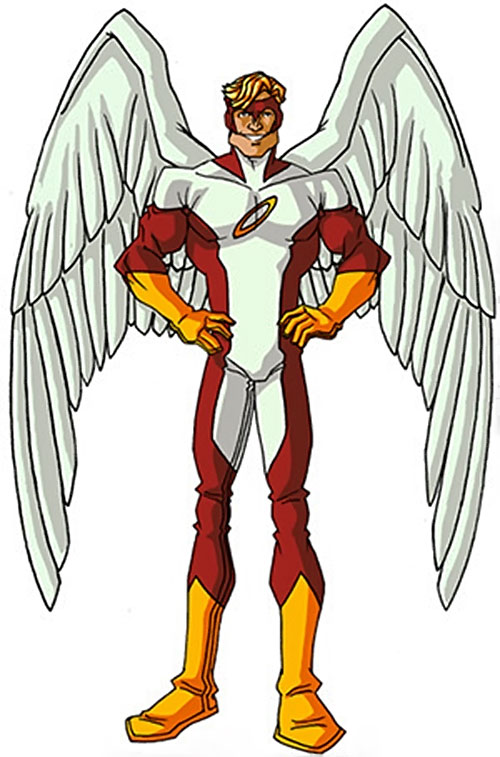 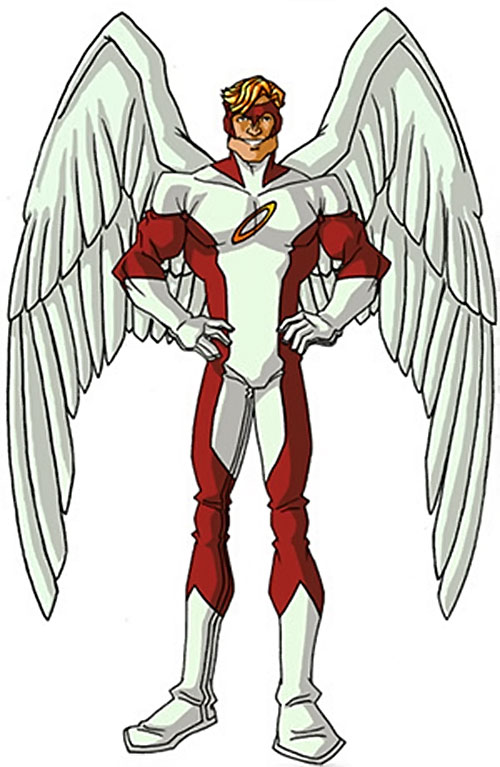 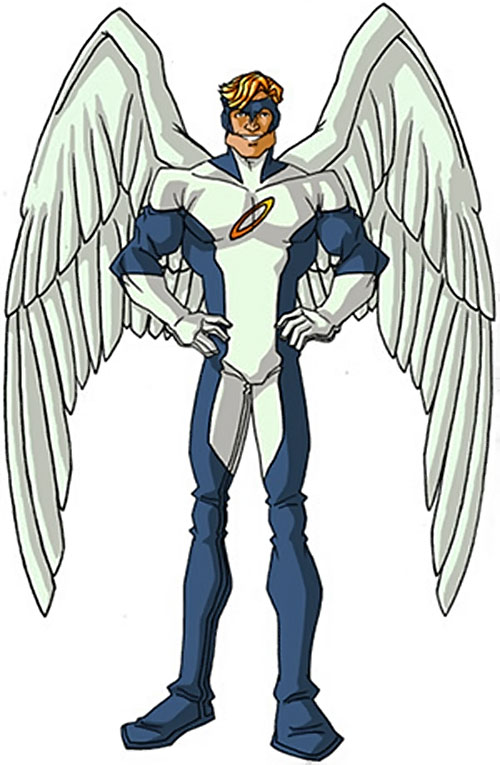 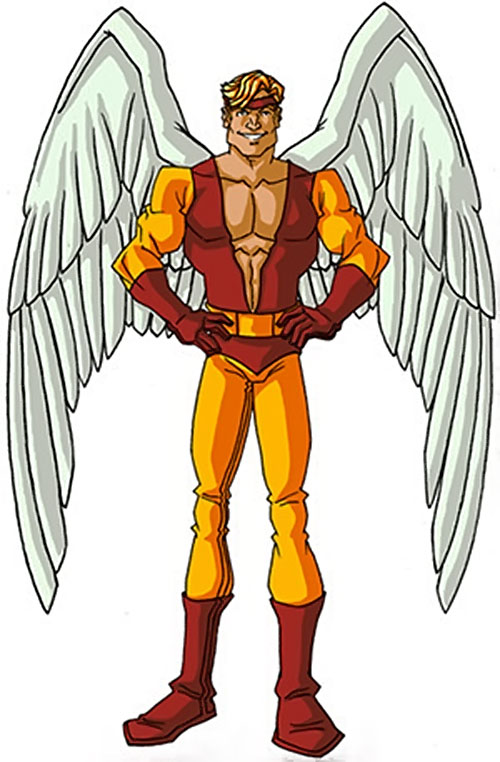 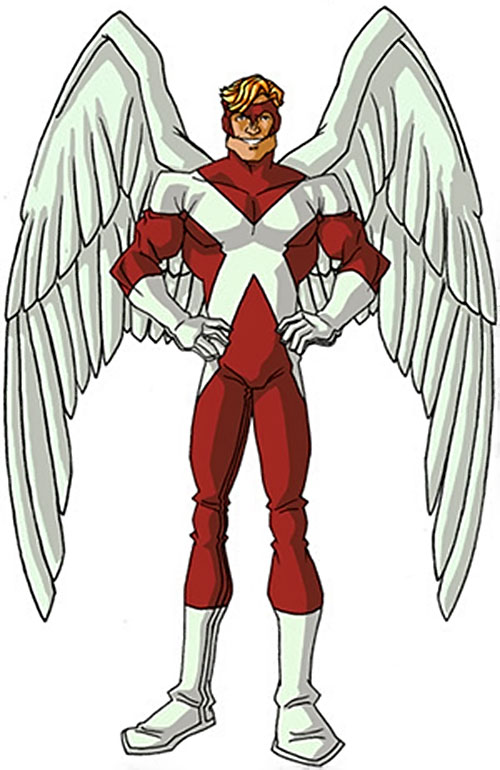