She has some majorly big claws and massive invulnerability, even surviving a bomb blast set by Ballistic, as well as several gunshots.

See Angon (Human) for full history on her.

In her parasite form, she’s big, and ugly. She’s got long arms, reaching almost down to the ground. Her legs are short. She’s got spikes all over her body, especially on the shoulders. She’s got a tail with spikes and ridges down it.

Just like in her human form, she’s quick to anger, and cocky. She views humans as nothing more than cattle to feed upon at her leisure.

Bonuses and Limitations:
EV is the Parasite Tongue, and if it connects to the back of the neck it activates the Vampirism Power ; Vampirism only works if Tongue connects to back of victim’s neck. 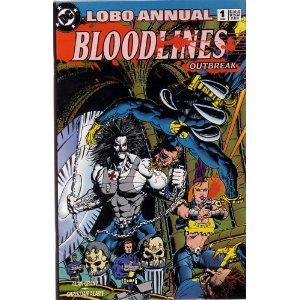