The Tick was a popular parody super-hero, first seen in 1988. His “you’ve hit the jackpot, tiger” moment was getting his own animated series from 1994 to 1996.

Back during the Tick’s peak in the 1990s, we took quick notes about some of the minor, goofy characters. Such as this bloke.

A world renowned jewel thief, Angry Red Herring has considerable experience and skill in the area of breaking and entering.

His Herring suit is coated with a layer of petroleum jelly. That allows him to be extremely slippery and evade capture. Its eyes contain retractable machineguns. It is unknown how the Herring actually sees when the guns are deployed.

However, as he found out after a raid on The City, his machine gun eyes were no match for the team of The Tick and Arthur.

Rowe has never been seen out of his herring costume. While in it, he resembles a large, red-orange fish with arms, legs and machine guns for eyes. He also wears blue flippers with the Herring Suit.

Herring is near-lunatical in his raids. He is brash, head-strong and leaps before he looks.

He believes that there is no one who can stop him, and, to drive his point home, he shows little or no concern for others when he opens fire with his machine guns.

This power allows a hero to emit a greasy, slippery substance. When applied to a surface, anyone who runs or drives over top of it must make an Action Check (the character forfeits their Dice Action for this phase or the next phase if they have already gone this turn if he was unaware of the Grease; if aware it does not count as an action) using their Dex/Dex (or Vehicles (land)/Vehicles (land) if they are driving over top of it) as AV/EV against an OV/RV equal to the APs of Grease. If the character has the Acrobatics (Gymnastics) skill, he may substitute that for his Dex.

Positive RAPs indicate they were able to move over the Grease without slipping. If the Check gains no RAPs, the character continues in the direction he was traveling as if he was Knocked Back a distance equal to the APs of speed he was moving this phase minus the APs he already traveled before reaching the Grease. If applied to a vertical surface, the APs of Grease are added to the OV and RV of Acrobatics (Climbing) attempts. It also acts as the OV/RV versus the Cling power.

The hero can also coat himself and others in Grease, making it hard for anyone to grab hold of them. When a Grappling attempt is made against the Greased character, he substitutes his Grease APs for the RV of the attempt.

The Character can generate enough grease each round to cover an area with radius equal to the APs of Grease. He must make physical contact to Grease another character. 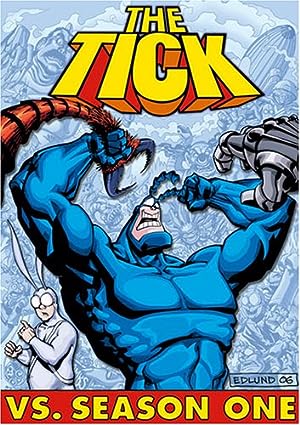