The Discworld stories are highly regarded for their witty writing style, incisive satire, and charismatic characters. Their differences from more traditional fantasy stories such as Tolkien’s contributed to their great popularity.

Angua is a werewolf, able to change at will into a wolf or hybrid form. Even in human form she has a heightened sense of smell, and can speak with all kinds of canines.

She also has an uncanny knack of knowing where Carrot is since their bonding.

The standard equipment for guards is:

In times of emergency they also have access to a crossbow, and either a pike or halberd.

(A general history of her time with the Watch can be found in the Ankh-Morpork City Watch entry.)

Angua is the daughter of a Uberwaldian werewolf Baron. She had 3 siblings, Wolfgang, Elsa and Andrei. While Angua and Wolfgang were born full werewolves, the others were yennorks – werewolves stuck in one form. Andrei was stuck as a wolf, Elsa as a human.

Wolfgang, disgusted with their impurity, killed Elsa. Andrei fled before also falling victim to his brother, and lives a life as a talented sheepdog.

Unhappy with the way her family lived and not wanting to turn out like them, Angua left. For a while she had a relationship with the wolf Gavin. They parted on good terms, and he kept watch on her family’s activities for her.

She travelled for a while, never allowing herself to settle down, or letting those around her learn what she was if possible.

Ending up in Ankh-Morpork, Angua joined the Watch when it was recruiting minorities. Her werewolf nature wasn’t a secret, but wasn’t advertised, so Sergeant Carrot was unaware when he began courting her. 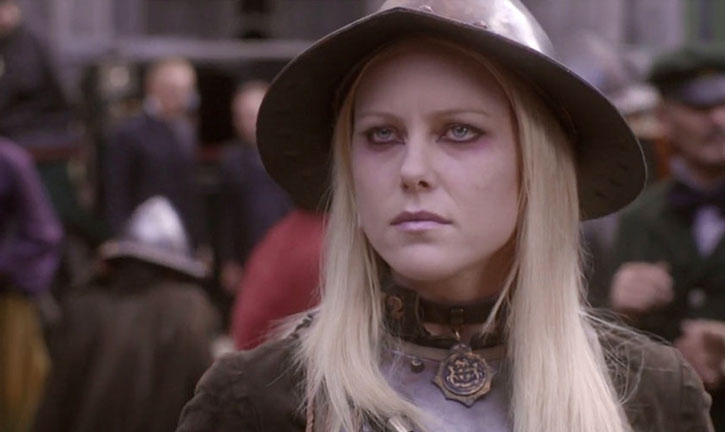 Angua was attracted despite her cautious nature, but when she accidentally changed and caught him off guard she fled, determined to leave.

She was talked down by Gaspode, a stray mongrel who’d gained the ability to speak due to proximity to magic. He’d also taken a shine to her, and acted as her guide among the city’s dog gangs.

She returned to Carrot, saving him from the killer by jumping between them. Apparently dead, Carrot nevertheless stayed by her side – after dealing with the killer – until she recovered. He apologised for his earlier shock, and they got over it. She settled into her role in the Watch.

When Gavin journeyed to Ankh-Morpork to tell her Wolfgang was involved in a conspiracy that could damage Uberwald, Angua left with him without a word to anyone. Carrot followed with the aid of Gaspode, and Angua reluctantly turned back for the pair when they were in danger.

They reached Uberwald in time to save Commander Vimes – there as Ankh-Morpork ambassador – from Wolfgang’s hunt. They confronted Wolfgang and Angua’s mother. In the fight Gavin saved Carrot at the cost of his own life, and Angua sent Wolfgang over a cliff.

Wolfgang survived, and came at them in the Ankh-Morpork embassy. Angua attacked him again, driving him off but suffering serious wounds. Vimes followed Wolfgang and ultimately killed him. Angua returned home to Ankh-Morpork with Carrot.

By this time Angua is a sergeant.

By this time Angua is a captain.

Angua has long, ash-blonde hair, and a serious demeanour. In the Sky productions of Discworld novels she was portrayed by Ingrid Bolsø Berdal.

Serious and controlled, Angua doesn’t like letting anyone get too close, and keeps her emotions in check, afraid of losing control to the wolf. She’ll let it off the leash when useful, and has grown less covert about it during her time with the Watch.

She moved around for a long while, often keeping her nature secret so she wouldn’t be persecuted and forced to move on. Even having found somewhere she’s accepted, she had to fight these urges.

While she loves Carrot, and knows that he loves her, a part of her worried that what she felt was the dog in her seeing him as her master.

Angua can turn into a werewolf at any time, day or night. The only time she has no control is when exposed to a full moon, which automatically transforms her. She can adopt either full wolf or hybrid form, with little stat difference between them.

In either form her mental stats can drop a few APs if she stays in it too long. Treat this as an MIA to giving in to the wolf, which she has to check against every day spent in wolf form, or every time she’s involved in a fight.

Failure means a 1AP decrease in her Mental Stats. After losing 3 APs she needs the help of someone familiar to return to human.

Changing form is impossible while touching silver, so binding her wolf form with any form of silver touching her will leave her trapped.

Clothing is not transformed with her, so if she doesn’t remove them before changing she may have to tear her way free. Similarly, if she doesn’t have clothes stashed nearby when she reverts to human she has to improvise clothing from whatever she can find. 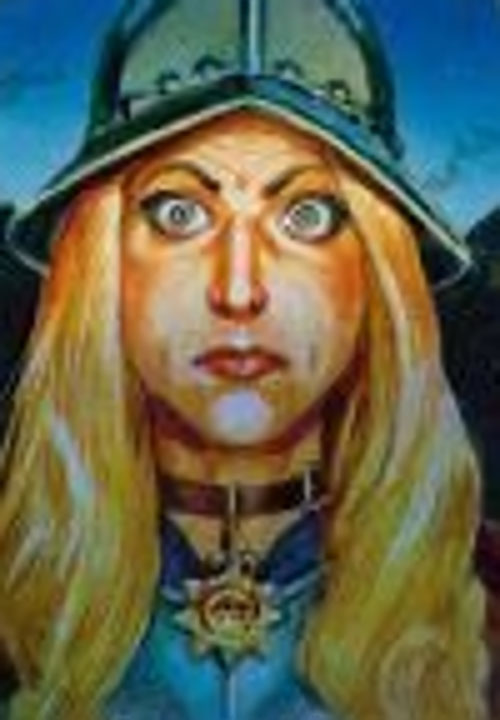