Animal Man is a projective metamorph . He can turn people into animals, or one animal into another kind of animal (in DC Heroes RPG terms, Transform). He can also make wild beasts tame and obedient (Animal Control).

He’s trained in the zoological sciences, including studies of extraterrestrial species.

He also retains the battered combat armor and blaster  pistol he used in the Anti-Earthgov Resistance.

Ennis Jahnson, aka Animal Lad, has the dubious distinction of being the only applicant in the history of the Legion of Super-Heroes to be rejected for being too good. What’s worse, for about 20 years neither neither he nor the Legion knew it.

Jahnson tried out for Legion membership in 2976, when he was 16 years old. This was the fourth year of the Legion’s existence. It was already becoming a legend, but in some ways was still as much a club as a team of super-heroes. This caused a great deal of trouble both for Jahnson and for the Legion itself.

Although his metamorphic powers were impressive, Ennis had the misfortune of attending a tryout run by new Legion Leader Dynamo Boy. Dynamo Boy was secretly a criminal named Vorm, who had infiltrated the Legion on behalf of the Space Pirate Pack.

Vorm, as Dynamo Boy, studied and exploited the rather sophomoric Club rules of the young Legion’s Constitution. He was able to get himself named Leader and to expel the rest of the team on various trumped-up charges. He then held an open call for new members, looking for recruits who would keep up appearances while secretly acting as villains.

When Vorm’s empathic analysis revealed that Animal Lad was noble and incorruptible, the pirate rejected him.

Vorm, of course, did not tell Animal Lad the reason for his rejection. He instead belittled his powers. Nor did he bother to keep proper records of the tryouts. When the real Legionnaires uncovered Vorm’s plot and took control of the LSH back, they apparently never learned of Animal Lad.

Vorm’s successful infiltration of the LSH was not publicized. So Jahnson never realized his tryout was tainted. Saddened and discouraged, he abandoned the dream of joining the superhero club. He moved on with his life.

Jahnson found employment with the Metropolis Game Preserve Council, in time becoming their Central Director for Endangered Species Control. His powers saw occasional use in helping to repopulate depleted animal species and to control dangerous specimens.

One particularly memorable event saw him take on a band of poachers. These became Thalassian Stink Slugs until the Science Police arrived to take them into custody. That episode introduced Jahnson to Lieutenant Roon Dvron of the Science Police, and the two became friends.

Jahnson settled into normal life as a citizen and scientist. He was the envy of Dvron and his other male friends, for the animal-powered scientist had a certain “animal magnetism” with the ladies that served him well. Jahnson never told any of his friends about his youthful Legion tryout. He preferred not to dwell on his failure.

Dvron’s occasional stories of encounters with Legionnaires filled him with a vague regret. But on the whole he was fairly content with his life. Occasionally he struggled with feelings of disappointment over his rejection, never realizing that the real Legionnaires had not been involved.

But for the most part, he still believed in the Legion, trusted that they knew what they were doing, and tried to be of service as a civilian. He worked hard, and volunteered in a number of civic and philanthropic organizations.

Following the Magic Wars, the Great Collapse of the UP economy and political structure, and the secret takeover of Earthgov by Dominators, the Legion was badly persecuted. Jahnson, as an average citizen, often spoke out in favor of the Legionnaires. He emphasized that the post-Collapse UP needed heroes more than ever.

When Earth withdrew from the UP and the LSH eventually dissolved under Earthgov pressure, Ennis was badly disillusioned. He believed that the Legionnaires should have persevered. Dvron gave dark hints about the nature of Earthgov, and Jahnson, feeling stirred to the heroic fervor of his youth, considered joining the fledgling Anti-Earthgov Resistance.

In late 2992, before he could make a decision, he was abducted by pro-Dominion forces. He was then taken to one of their secret underground Chambers for metahuman experimentation.

Jahnson spent most of the next 2 years in suspended animation inside a Dominion pod while his DNA was examined.

Most of his fellow captives were killed in April of 2995. The Dominion was responding to a takeover of a Chamber by the SUBS-led Resistance forces. When the Dominion attempted to re-take that Chamber, a chain of linked self-destruct mechanisms was set-off in every one of the Chambers. The breach also caused some of the pods’ sleep mechanisms to malfunction.

One captive, Danielle Foccart, woke in time to use her mental power over computers to suppress some of the explosive charges. Hundreds were still killed, but a handful of Chamber captives survived. These included:

These five swiftly joined forces with each other, battled their way to freedom, and linked up with the Resistance.

The battles against the Earthgov and Dominion forces allowed Jahnson to prove both his power and courage once and for all. When he could not get close enough to use his powers on the Dominators, he used them (with consent) on his fellow troopers.

On one occasion, his squad became a stampede of Jovian Camelephants, smashing a convoy of Dominion battletanks. They then morphed into Mirror Monsters when the Dominion brought in air support, the reflected fire bringing down the entire flight group.

The only casualty among the anti-Earthgov forces was Jahnson, who could not transform himself. He was struck a glancing blow from a reflected nega-pulse.

Jahnson’s injuries were not too severe to prevent him from restoring the squad to their rightful forms. But it did make his commanders more leery of risking Jahnson in open combat.

With help from the UP Starfleet, the SUBS, the surviving non-mindwiped Batch SW6 Legionnaire clones from the liberated Weisinger Chamber, and a few members of the reformed Legion of Super-Heroes, the Earth was freed from Dominator control.

In the aftermath, the war-torn planet was made a protectorate of the United Federation of Planets which it had once helped found.

The surviving teenaged Legionnaire clones from the Weisinger Chamber (the clones of Matter-Eater Lad, Karate Kid, Chameleon Boy, and Mon-El were killed in the war) were provisionally licensed to operate on Earth (only on Earth, for now). They formed the Justice Legion Beta, or JLB.

Meanwhile Resistance Leader Jacques Foccart brought Jahnson and Kohan to the attention of the re-formed LSH, now based off-Earth and with UP-wide credentials. Both were invited to join the group, as were the SUBS. Caught off-guard, Jahnson for the first time revealed his rejection of 19 years earlier.

In turn, the Legion shared that it had no knowledge of his earlier application for membership. They urged him to make things right by joining them now. Conflicted, he is still considering their offer while deciding how he wants to spend the next phase of his life.

Ennis Jahnson is a big, brawny, blond man with a beard. He favors wearing a black undershirt with a loose blue overshirt.

In combat as a Resistance fighter, he used a battered blaster and combat armor — both obviously scavenged, as the freedom fighters always had limited resources.

Jahnson is, it would seem, both uncomplaining and incorruptible. He believes in doing the right thing and making the best use of his unique abilities.

His native confidence took a hit when the LSH rejected him for membership in the 2970s, but he mostly took it in stride. Any lingering self-doubt has been erased by his decisive actions on the part of the Anti-Earthgov Resistance.

Doubts about the Legion are another matter. He was very disappointed when they disbanded under Anti-Earthgov pressure in the early 2990s. He believes heroes should persevere no matter what. Lately, he’s beginning to get a bit preachy about it. He hasn’t forgiven them for not measuring up to his high standards.

This remaining spot of naïveté shows how little he understands what the Legionnaires actually went through.

Oddly, learning the story behind his rejection has actually increased his anger towards the Legionnaires. Whereas he once trusted the LSH and accepted its judgment of his worth, the revelation of how badly his heroes bungled things turns his years of uncomplaining acceptance into years of waste and negligence.

Jahnson isn’t sure what he thinks about the reformed LSH or its past mistakes. Neither is he certain that he wouldn’t prefer to remain on Earth and be a part of the rebuilding effort.

“Turns out the Legion never gave me a chance. Well, I didn’t give me a chance either. I figured, if I’m not a Legionnaire, I’m not a hero. But then you super-heroes quit. Things on Earth were getting worse than ever, and you gave up! And without you we, everybody, figured Earth was easy pickings. But we were wrong. We saved Earth without you. I became a hero without you.”

“FREEZE, soldier ! If you prefer lungs to gills, you’ll stop right there.”

In that latter case, he’d either have been attached to the SUBS by Foccart, or brainwashed by Universo.

It’s a little far-fetched to suppose that Jahnson is any relation to Buddy Baker, but stranger things have happened (in comic books). Animal Man 2995’s powers may well come from the morphogenic field, i.e. the Red.

You could throw in Nightwind as an Air Elemental and Fire Lad as a Fire Elemental if you want. Blok or Stone Boy might get in on the action as well.

Genre:
Real to Mock-Real (the “Five Year Gap” Legion hovered in the middle of these genres).

Transform allows the user to transform a target Character into an animal of the user’s choice, as though the target is forced to use the Shape Change Power. AV/EV of the Dice Action equals APs of Transform, and OV/RV equals the target’s Int/Mind. If RAPs exceed the target’s APs of Mind, he is transformed.

A Transformed target may attempt to change back to normal through an Action Check with AV/EV equal to his Will/Will against OV/RVs equal to the RAPs achieved in the original Transform Attack. If cumulative RAPs from this Action Check equal or exceed the Transform RAPs, the opponent is back to normal. The user of this Power may remove the Shape Change at any time.

This Power may be purchased with the following Factor Cost Bonuses: Target does not have use of Powers while Transformed (+3 FC); Humanoids Allowed (+1 FC); Can Assume Imagined Animal Form (+3 FC). These last two Bonuses work the same way as the ones listed under the Shape Change Power.

This Power may also be purchased with the following special Factor Cost Limitations: Can Only Assume Limited Range Of Forms (birds, reptiles, creatures of the night, etc) (-2 FC); Can Only Assume One Specific Form (polar bear, white shark, etc.) (-4 FC).

Source of Character: DCU (Adventure Comics #331) adapted by me.

Helper(s): Jeff Gilbert (careful proofreading), Frank Murdock (interest and encouragement), Sébastien Andrivet (jogging the memory). There are also certainly bits of Trent the Transformer (from the Piers Anthony Xanth novels) in here. Yes, I liked many of the early volumes, I admit it. 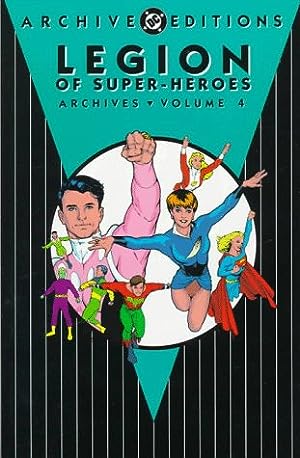