The Animal was a 2001 less-than-highbrow comedy starring Rob Schneider. It can’t quite be called successful in either critical or commercial terms.

But the protagonist had super-powers, so that makes him ours. OURS !

After an auto accident that nearly killed him, he was rescued by a doctor in the woods.

After his surgery, a “Radical Transpeciesectemy”, Marvin Mange found himself with an array of new abilities. He has the strength of a mountain lion, the agility of a chimpanzee, cheetah-like speed on land, and a variety of other animals’ abilities.

He also possesses a number of enhanced senses, all due to the animal parts used to fix his wounds.

His most amazing ability is his ability to smell pretty much anything he wants, wherever he wants.

Animals seemed to be able to sense his change. For instance a dog that always attacked him seemed afraid and ran from him.

Also, he shook himself dry like a dog, no towel needed.

Marvin Mange was a police evidence file clerk at the Elkerton Police Department. He continued to try and fail the tests to become an official officer of the law. But one night, Marvin answered a 911 call alone. On the way, there was a terrible accident.

He is pulled from the car and is made a guinea pig for a radical procedure. Animal organs are put in him, including:

Well, that was weird

After the surgery, Marvin never knows what bestial urge will take over next. But with his new found abilities, he was able to run a race with a horse, sniff out heroin in an airport, rescue a boy from drowning, and leap over a five foot fence.

After the incident in the airport Marvin earns the right to be a full fledged police officer. He also falls for Rianna, a nature lover like himself.

However, animals come up dead and hunters are getting attacked by some beast in the night. Marvin is sure it’s him – since he can’t remember what he does at night and wakes up in unknown places.

An angry mob goes on a manhunt for him, led by Sgt. Sisk. But Rianna reveals herself as the monster. When surrounded by the mob, Marvin is ready to take the blame for Rianna when they are rescued by a friend. Rianna and Marvin marry and have several children.

He looks like Rob Schneider with a huge scar shaped like an X on his back. He has a thick growth of hair on his butt as well.

Marvin had only one dream in life. To become a police officer.

Throughout his time as a cadet he is clumsy and has extremely low self esteem. He is always hopeful none the less.

Marvin is a nature lover and is always trying to do the right thing.

Does Animal Man need a sidekick?

Before the surgery he had Serious Physical Restriction (Asthma) and Minor Irrational fear of failure, but none of the others.

Source of Character: The Animal the Movie, played by Rob Schneider. 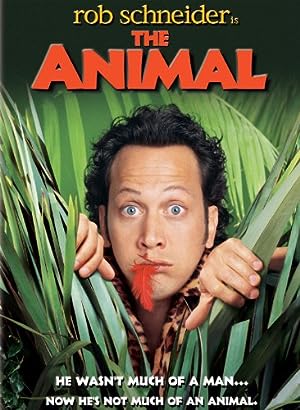 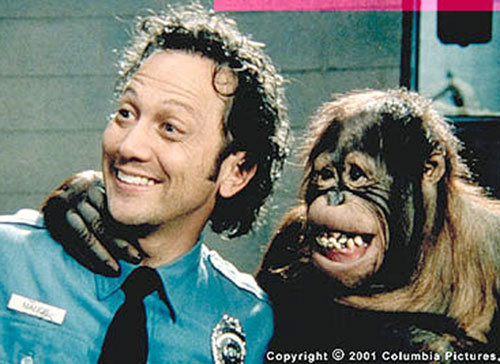 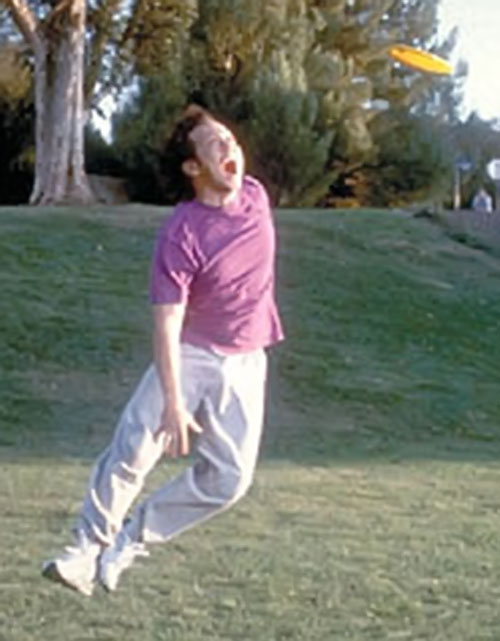