Ankhegs are primarily burrowing animals. Though they look sort of insectile, it is important to remember that most AD&D creatures mock your puny Earth zoology. One thus should not assume other insectile characteristics.

In some respects ankhegs evoke giant myriapods (centipedes, specifically) but in some respects they seem closer to worms. Thus, even calling them arthropods isn’t a safe bet.

Ankhegs live underground. Howbeit, they also hunt surface creatures so supplement their diet with meat. This is particularly true during the mating season. During that span, females have to put on weight to prepare for a pregnancy – and to excavate an underground nest.

Like monstrous earthworms, ankhegs are often seen as aerating the soil and making it more fertile. This view is highly debatable, as they also devour organic nutrients among the soil. The animals they kill may represent a greater loss than the gain in plants growth from their tunnelling and wastes.

And of course the argument only makes sense if one doesn’t care about farmers getting eaten by ankhegs. Many nobles see peasants as so expendable that they’d rather have ankhegs to kill farmers than have hunters kill too many ankhegs. The problem is, it’s the peasants who work on the farm and produce food, not the ankhegs…

Ankhegs must live in rich soil to sustain their mass, so this usually means farmland and bountiful forests. Their tunnels are usually 30-40 feet under the surface. Usually the tunnels collapse and fill up within hours, but ankhegs boring a nest will create a more lasting structure in more solid ground.

Ankhegs aren’t social animals. But if there are several in an area they might end up selecting the same patch of soft rock to create nests in. If so they’ll cohabitate without friction. Over time this might create a small underground complex of twisting tunnels.

Ankhegs hibernate during the winter, after moulting their chitin. Once they wake up they’ll grow new chitin plates to armour themselves again. While unarmoured, they secrete a foul-smelling liquid to dissuade predators from eating them. 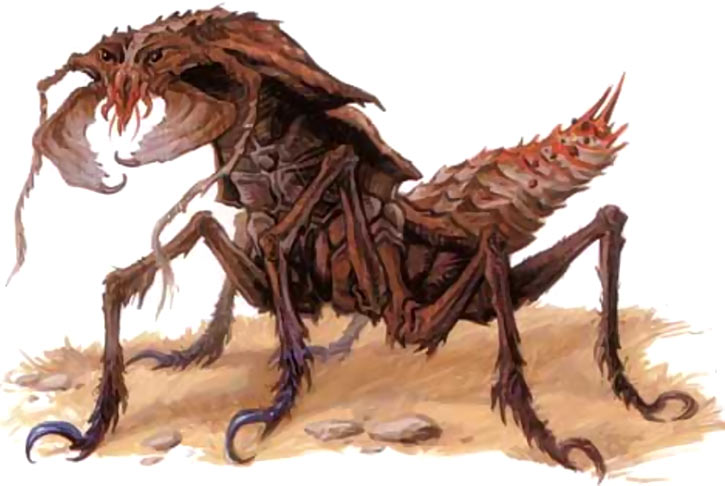 Hibernation and post-hibernation are the only times when ankhegs might have genuine predators… except for unusual circumstances, such as having a colony of giant ants nearby. The giant ants may attempt to kidnap and enslave ankheg youths, as giant ants do.

Like praying mantises, the ankheg female eats the male after fertilisation.

Telling the cool cats from the chitins

Some specially-trained blacksmiths know how to work ankheg chitin into a form of plate armour. The resulting material is almost as hard as steel, but significantly lighter. It’s also great for those druids with a geas  against wearing metal.

An ankheg carcass can be used by an expert to produce a full plate armour for a Human-sized person. The limbs and other small plates provide the material for greaves, gauntlets, etc.. One suspects you can even reuse the acid to clean the chitin before processing it.

The skills and tools to do that seem quite rare, however. It was only seen once, in the Forgotten Realms, with Beregost’s  most reputed smith.

One also gets the impression that chitin that was naturally moulted is much softer that chitin taken from a ankheg killed during the Summer. So one only gets one chance a year to hunt for armour-grade ankheg chitin. That’s during mating season, when adult females are laying in ambush to eat all sorts of large animals and people…

Skills:
None, though the antennae poking from the ground to pick up footsteps have something comparable to Military Science (Camouflage): 03. In a way.

Drawbacks:
Ankhegs are but animals. They have no manipulative limbs. They must hibernate in winter, and are quite vulnerable before, during and after their hibernation when they are sluggish and lack their chitin.

See our D&D article for a discussion of scale.

The larger ones could easily have Extra Limbs, but their ability to grapple doesn’t play a big role in most versions/editions. Raw STR should thus be about right, and Extra Limbs would probably make ankhegs too strong anyway. 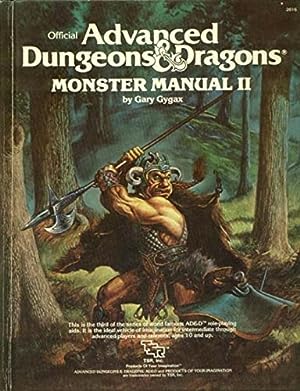 Many, many Monster Manuals. 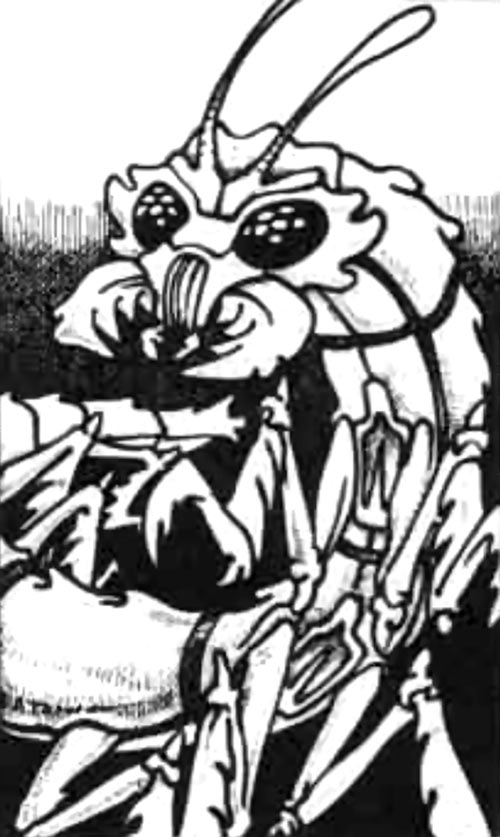 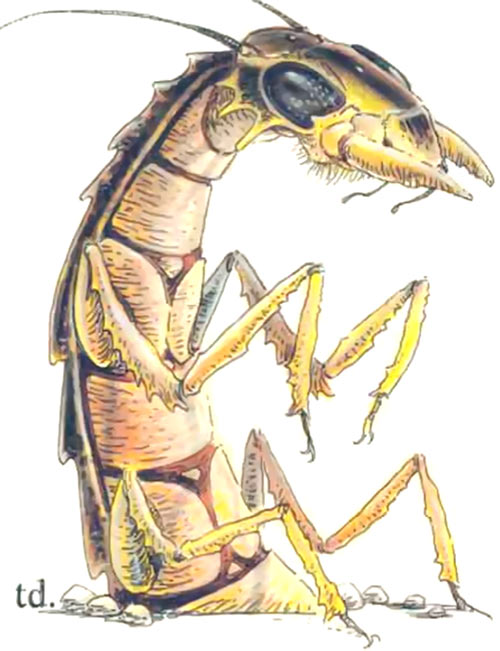 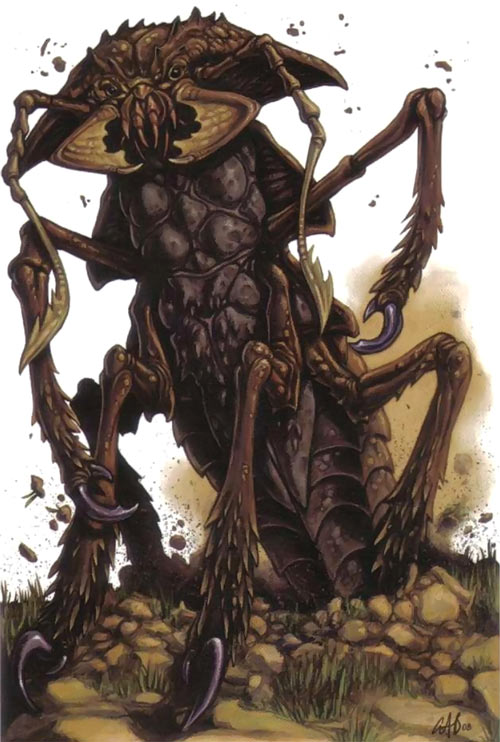